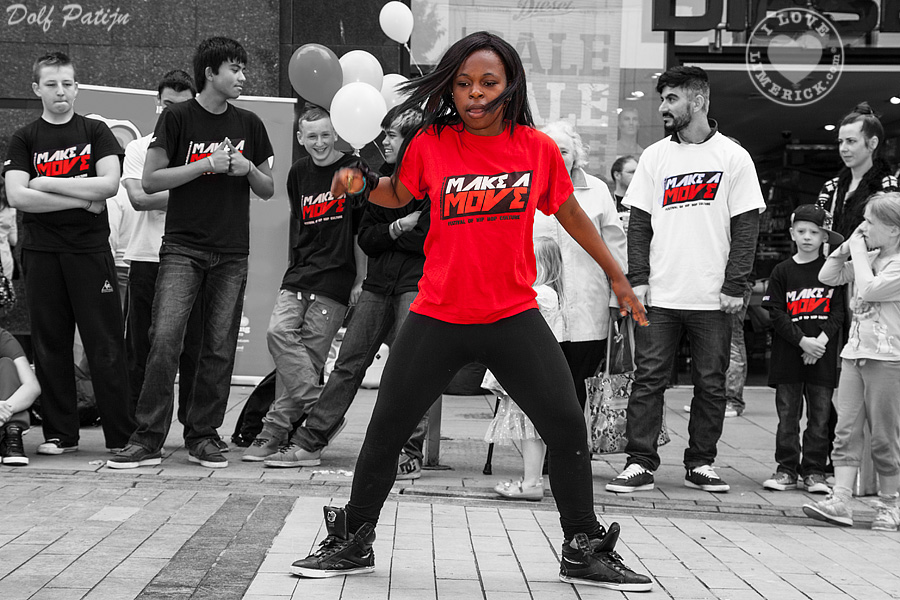 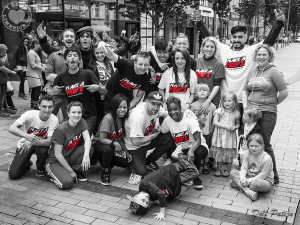 The Make a Move Festival will run from July 22-28

The festival aims to celebrate and develop the art forms within Hip Hop for young Limerick artists and audiences. The festival will be showcasing break-dancing/hip hop dancing, DJ/MC performances and street art.

The annual Make a Move Festival 2013 is kicking off with a once-off special event in conjunction with Enable Ireland and with the assistance of Dr Elizabeth O’Mahony, Paediatric Neurology Consultant at the Mid Western Regional Hospital.  This unique free event is being hosted as a key part of the annual Make a Move Festival and is taking place at the University Of Limerick Sports Arena on Monday July 22 at 2pm.

Make a Move will once again be holding its flagship events including the following: 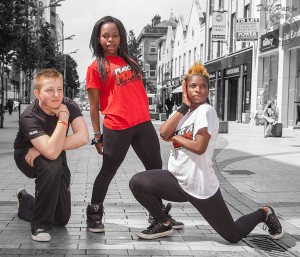 BLOCK PARTY on Thomas Street on Saturday July 27th. MCs, DJs, Breakdancers, Freestyle Footballers and more. An electric vibe will take over the city with artists like Icarus Rising taking to the mic.

PARK PAINT PARADE – the annual art party will swoop onto People’s Park on Saturday July 27th with over 60 artists taking to the stage to paint freestyle. Other attractions include market stalls, vintage wares, and music.

ALL STYLES DANCE BATTLE at the Daghda Dance Space  on Sunday July 28th :  County- vs County of truly awesome show featuring breakdancers taking to the stage against a backdrop of stunning DJs and MC’s. Judged by international superstars Tommy ‘Gunns’ Ly and Iron Monkey. One-of a kind event not to be missed with dance cru’s coming from all over Ireland.

There are a number of events aimed at all age groups from Thursday 25 running right through till Sunday nights wrap party at Dr Johns on Thomas Street. The event will draw in excess of 2000 people to the streets of Limerick over the weekend. For full listings please see www.makeamove.ie

Make a Move can now reveal some superstar international talents booked exclusively for the festival: 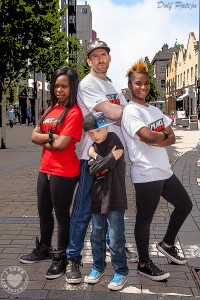 CAPTAIN MOONLIGHT – fresh off the Glastonbury Stage, Moonlight is performing in his inimitable style exclusively for Make a Move. Hailing from Kilkenny, Captain Moonlight first came to national prominence with his track Dirty C**ts which attacked and named the political elite. He released three albums between 2006 and 2010 collectively named the Agriculture trilogy. In 2013 he is recording a fourth album “Offences against the State” and played Glastonbury 2013.

WORKING CLASS RECORDS Showcase – independent Dublin-Based Label featuring Street Literature. This is the first time the label will be playing in Limerick and Street Literature are a hip-group hip hop group from Dublin, They are G.I, Costello, 4Real and Moschops.

SMUG is a Glasgow-based street artist specialising in characters and photo-realistic graffiti. Smugs paintings are meticulously rendered works which draw upon an eclectic range of influences often making uncomfortable subjects into stunning pieces on canvas and in industrial and abandoned settings.

The Make a Move Festival will run from July 22-28 2013 with various events around the city of Limerick. (www.makeamove.ie).