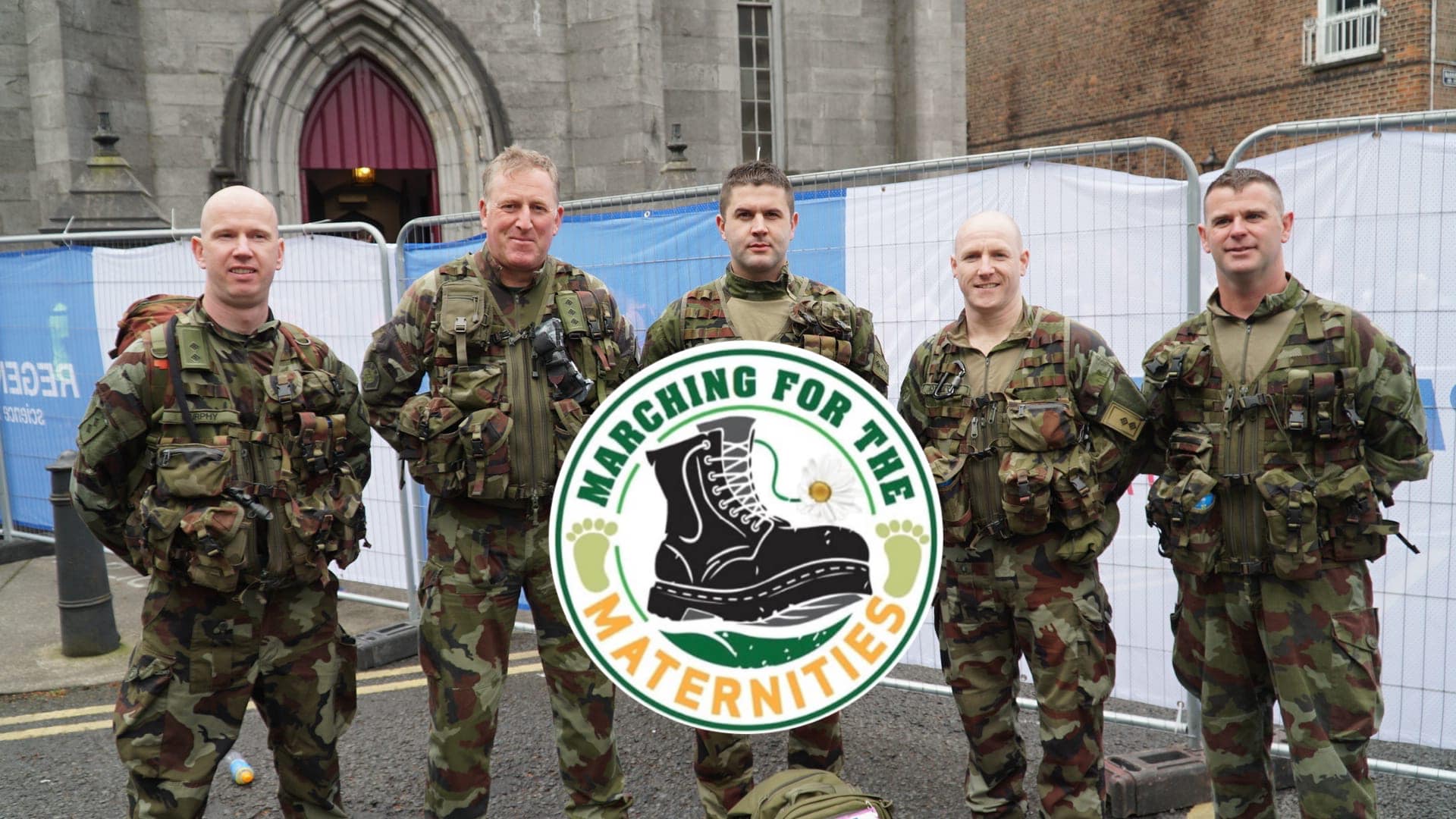 Marching for the Maternities fundraiser finished its campaign with an amazing €40,000 raised after an emotional few months.

After an emotional few months, the Marching for Maternities fundraiser has finished its campaign with an amazing €40,000 raised.

The Irish Defence Forces organised the Marching for the Maternities fundraiser in February of this year, taking part in the 2022 Regeneron Great Limerick Run to raise funds for Neonatal Intensive Care Units of the University Maternity Hospital Limerick and the Coombe Women and Infants Hospital.

Lt Jonathan Hughes and Sgt Eddie O’Brien of the 12 Inf Bn and 119 Inf Bn respectively organised the fundraiser and marched the Great Limerick Run alongside 30 other soldiers.

Lt Hughes and Sgt O’ Brien were serving with the 118 Inf Bn in Lebanon in 2021 when they received word that they were to be urgently repatriated home as both their partners had gone into early labour. Sgt O’Brien’s son Max was born at 28 weeks gestation weighing 2Lbs 7oz, while Lt Hughes’s daughter Daisy was born at 23 weeks weighing 1Lb.

The fundraising page closed at €36,000 at midnight on Tuesday, May 31 but once the offline donations were counting an incredible €40,000 was raised overall.

Over the last few months, communities across the country have helped the campaign reach its goal, such as Centra Dooradoyle, which held a collection that raised €600 and McKee Barracks in Dublin, which held a coffee morning and raised €1,000 for the fundraiser.

Representatives of the Lebanon Defence Forces contingent marched the distance of the Regeneron Great Limerick Run in solidarity with their two comrades. Last month, Cpl Doran, RSM Hurley and Lt Col Keyes of the 119th Inf Bn delivered a cheque to Sarsfield Barracks for €2,700 directly raised by the battalion.

The Marching for Maternities fundraiser began the campaign with two aims; to raise as much money as possible for Coombe and University Maternity Hospitals and raise awareness of the incredible work done by the staff of both hospitals – and that is exactly what they did.

The monies raised from the fundraiser were split between the NIC units in both hospitals, each receiving €20,000.

“Thank you to everybody for the support, this has been an incredible journey,” Marching for the Maternities organisers commented.

“We would like to thank everybody who participated, liked, shared, and donated both at home and overseas to these causes which are so close to our hearts.”

Congratulations to all involved!

For more stories on Marching for Maternities, go HERE