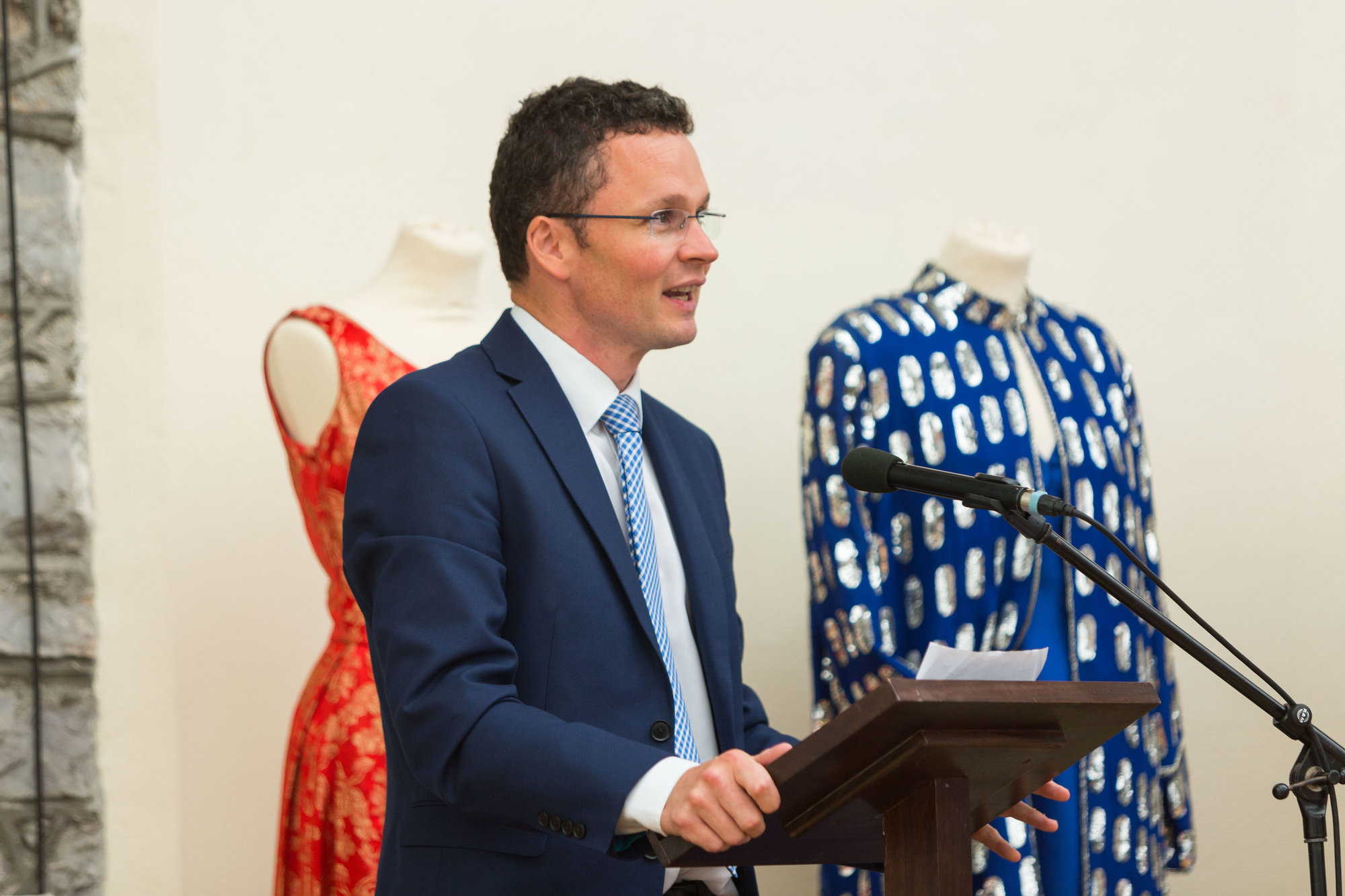 Minister of State for Finance, Public Expenditure and Reform Patrick O’Donovan TD speaking at the opening of the Maureen O Hara exhibition at the Foynes Flying Boat and Maritime Museum. Today the Minister announced a €1.75 million Government investment in the museum to allow for an extension that will house the memorabilia permanently and allow the museum to expand to accommodate the growing number of visitors. Picture: Oisin McHugh/True Media.

Minster of State at the Department of Finance and Department of Public Expenditure and Reform Patrick O’Donovan has announced a €1.75 million capital investment for the Foynes Flying Boat and Maritime Museum, which will pave the way for an extension to the popular tourist attraction.

Minister O’Donovan said, “This funding of €1.75 million from the Department of Culture, Heritage and the Gaeltacht under Project 2040 shows the Government’s ongoing commitment to preserving and promoting our heritage while supporting Limerick’s tourism industry.

“The Flying Boat and Maritime Museum, along with the many other aspects of Foynes including its shops and the port, have become a huge attraction to visitors travelling the Wild Atlantic Way. It has also become a necessary stop off on the Shannon Estuary Way for day trippers and international visitors alike.”

TD Patrick O’Donovan has announced a €1.75 million capital investment for the Foynes Flying Boat and Maritime Museum to increase tourism in Limerick.

“This €1.75 million investment will not only allow for the museum to expand to cater for it’s growing number of visitors, it will also provide a home to display the prized possessions and memorabilia of Hollywood legend and former patron of the museum – Maureen O’Hara,” added the County Limerick Minister of State.

“It took a lot of time and work to secure this funding and I would like to thank my colleague Minister Josepha Madigan for her support. I would also like to pay tribute to the museum and its management for their determination and dedication to making the Foynes Flying Boat and Maritime Museum a major tourist attraction in Limerick.”

This funding comes just one week after €128,000 was allocated towards Coastal and Flood Protection Works that will protect Foynes Yacht Club from erosion.

“Foynes continues to be among the most popular tourist attractions in Limerick for both national and international visitors. Investing in Foynes and protecting it from further flooding is therefore economically beneficial not just to the village but the surrounding area,” said Minister O’Donovan.

“I believe that the best way to achieve flood prevention is for all state agencies responsible for Foynes to continue to work together. I was happy to facilitate the first meeting of all of these bodies with members of the community, and this has already resulted in a cohesive approach to water infrastructure maintenance.”