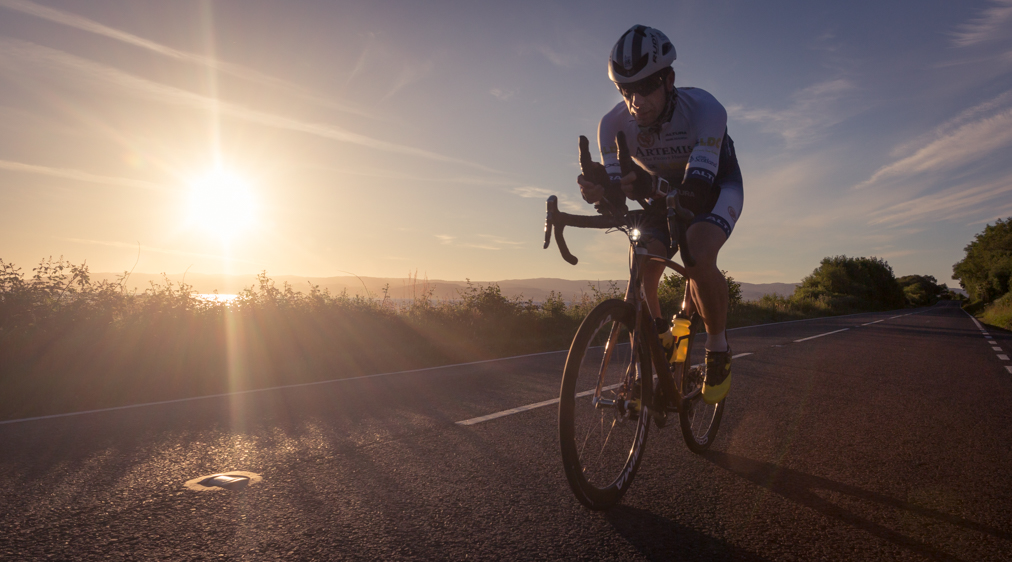 Mark Beaumont is coming to the Lime Tree Theatre to tell his story with his hugely popular lecture-style show, Around the World in 80 Days.

Author, broadcaster and ultra-endurance cyclist Mark Beaumont is coming to the Lime Tree Theatre this Saturday, February 22 at 8 pm with his fascinating talk ‘Around the World in 80 Days’,a story of Mark’s extreme endurance and unwavering ambition to find his personal best, to push his limits and set down unbreakable World Records.

In 2017, Mark set out to make the ‘80 Days’ Victorian fiction a two-wheeled reality, circumnavigating the world via a bicycle, averaging a staggering 240 miles a day achieving this in just 78 days, 14 hours and 40 minutes – smashing the previous World Record of 123 days.

To give context to this mind-boggling feat of endurance, in 2008, Mark cycled the world solo and unsupported in 195 days, setting a new World Record, a record that many cyclists thought couldn’t be broken. He swiftly followed with a 13,000-mile cycle of the American Cordillera (the longest mountain range on the planet) – and summiting the continent’s two highest peaks – for the BBC One documentary, The Man Who Cycled the Americas.

He then cycled the Americas, solo, at the more ‘leisurely’ pace of 257 days. In 2012, he joined the ‘Atlantic Odyssey’ and rowed the Arctic but almost drowned when the boat capsized after 28 days during an attempt at the mid-Atlantic rowing record. In 2015, Mark cycled across Africa, smashing the Cairo to Cape Town solo record, in 42 days.

Mark went on to become part of the first crew to reach a certified polar position by rowing boat (the 1996 North Magnetic Pole), an achievement he documented for the BBC One’s Rowing the Arctic. During 2013 and 2014 Mark led the BBC coverage of the Queen’s Baton Relay, the incredible nine-month journey around the Commonwealth in the build-up to Glasgow 2014.

Now he is coming to the Lime Tree Theatre in Limerick to tell his story with his hugely popular lecture-style show, Around the World in 80 Days, presented by Speakers from the Edge and in association with ON, Vango, Leadership Challenges and Tiso.

Mark’s stories are captivating tales of where life can lead if you have enough determination; a story of mental and physical endurance, as well as a fascinating insight into the world we live in.

For more information on Around the World in 80 Days, click here

Cycling in Limerick is now easier than ever, with a range of cyclist-friendly facilities and events