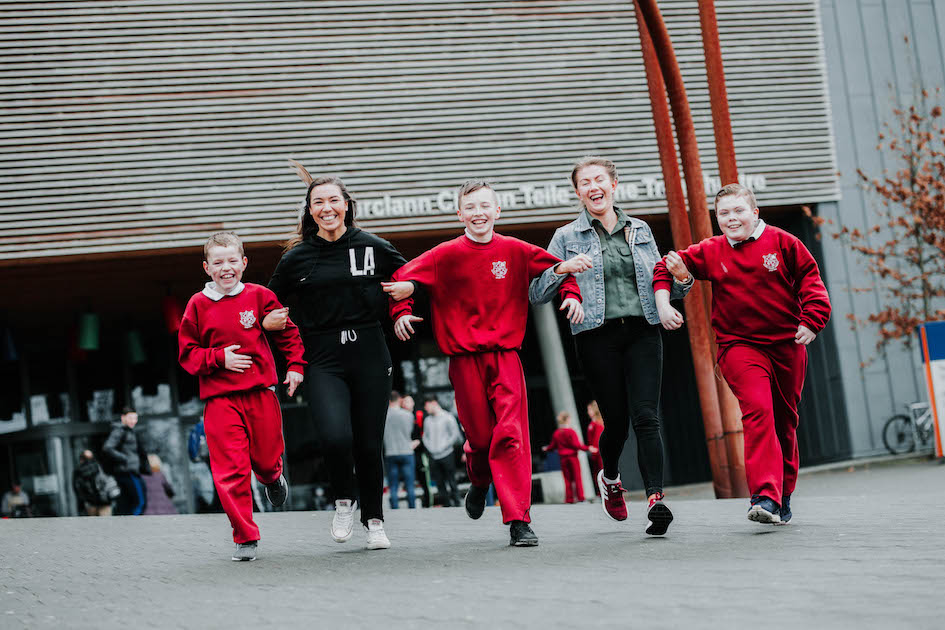 Week four sees the culmination of the project with a public performance and that took place in the Forum of the TARA Building, MIC on 15 March. Picture: Brian Arthur

Cas Amhrán le Chéile (CALC), now in its seventh year, is a four-week programme whereby in the first week MIC students conduct interactive singing workshops with the primary pupils in their school, with each B Ed student undertaking one-to-one work with a primary pupil.

In week two, the primary pupils visit MIC for a further workshop and build upon their ensemble repertoire. This is followed by a public performance in week three, held in Corpus Christi Primary School before parents and teachers. Week four sees the culmination of the project with a public performance before staff and students at Mary Immaculate College.

According to Noirin Ni Riain, CALC Director, the programme is all about bridging barriers and connecting bridges between ages and genders.  The benefits of the programme are numerous in that it provides the B Ed students with a real and vibrant experience of teaching; their social skills are heightened through the interaction with primary pupils, their self-esteem and confidence is boosted and it provides a crucial outlet to the performative aspect of their primary education degree.

Similarly, the benefits for the participating primary pupils are equally as impressive.  According to Dr Ni Riain: “The effects of the interaction are enormous ranging from greatly promoting a sense of poise, self-belief and self-reliance on their own innate talents. It offers a wonderful, secure and protected audience experience at this young age.

“Probably the greatest transformation that we have observed over the three years in these young students has been the realisation that the opportunity to develop their music and voice will also be open to them and this can become a goal to aim for through the next stage of second-level education.  This will be a highlight of their primary education.”

CALC 2018 included a mix of song, rap and poetry in numerous genres with songs including Stand by Me, Rise Up and Fight Song. Musician and rapper Moley Ó Súilleabháin also performed on the day.

For more stories on Mary I, go here.

For more information on Mary I CALC 2018, go here.