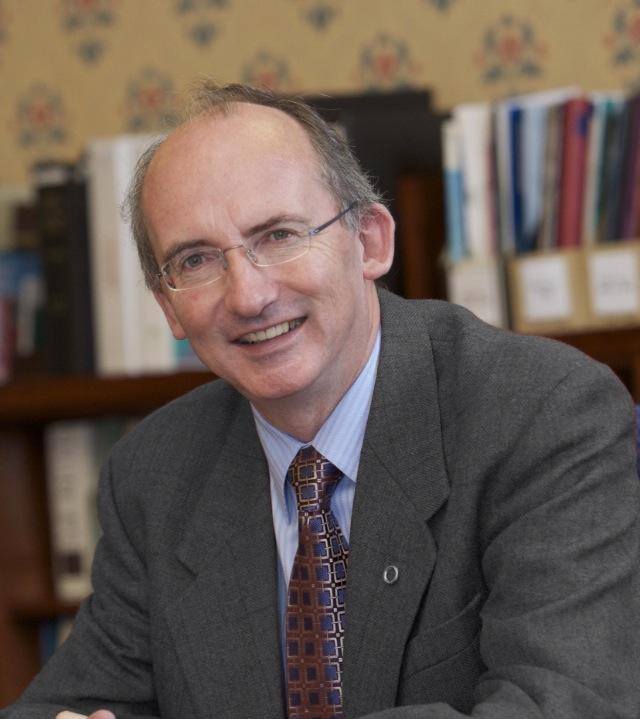 It is with great sadness that we learn of the death of Professor Peadar Cremin, former President of Mary Immaculate College, who passed away on Monday, 30th November, following an illness.

A native of Kerry, Professor Cremin taught in Scoil Íosagáin, Farranree, Cork from 1969 to 1976.

He joined the staff of Mary Immaculate College in 1976 as a lecturer in the Education Department. From 1978 to 1998, Professor Cremin lectured in Social and Environmental Studies and was responsible for the organisation of Teaching Practice. From 1994 to 1999, he was the Acting Head of Education.

In 1999 Professor Cremin was appointed as the first lay President of the College in 101 years. Over the term of his presidency, the College community expanded dramatically with, by the time of his retirement in 2011, over 3,000 students enrolled on 30 different academic programmes at undergraduate, postgraduate and doctoral levels.

Professor Cremin contributed hugely to the development of the College, including the growth in student numbers, the introduction of new academic programmes and the physical transformation of the campus. He oversaw the completion of a major capital investment programme to a total of €40 million, resulting in the provision of class-leading facilities that include Tailteann, our award winning multi-purpose sports complex, and TARA – a teaching and research building. Professor Cremin was also the driving force behind the establishment of Limerick’s premier theatre venue, the very successful 510-seat Lime Tree Theatre.

Throughout his long and exceptional career in Mary Immaculate College, Peadar – as he was always known – made an indelible mark in three respects particularly.  He was a natural leader, as likely in company to make the first foray into tale or rhyme as he was, amongst colleagues, to set an ambitious vision and marshall all and sundry towards its realisation. Secondly, with remarkable tenacity, and in the face of towering odds, he succeeded in orchestrating the physical transformation of the campus by wrestling funds from an economy entering free-fall in mid-2008. Lastly, and most importantly, he fostered and epitomised the hallmark quality of the College so prized by our students and colleagues, past and present: that of community – or, to portray that notion more fittingly in the Irish language he loved, meitheal.

President of Mary Immaculate College, Professor Michael Hayes paid tribute to Professor Cremin stating: “I was gifted by Professor Peadar Cremin an extraordinary College which he worked tirelessly to develop in terms of reputation and infrastructure and I am deeply saddened by his death.”

Bishop Brendan Leahy, Chairperson of the Board of Trustees and An Bord Rialaithe of Mary Immaculate College in expressing his sorrow at the passing of Professor Cremin commented that: “Peadar Cremin will always have a special place in the history of the Mary Immaculate College. He was the first President of the College who was not a Mercy Sister and was very conscious of the heritage that was placed in his hands. Generous in giving of himself and of his time, Peadar was zealous in his commitment and dedication to the advancement of the College for the benefit of students, staff and the wider community in Limerick, and further afield that the College serves. It was under his presidency, and as a result of his persistence, that the fine new buildings, lecture halls, classrooms, including the Lime Tree Theatre were built, resulting in a campus worthy of the expanding role of the College in the city and in the country. Under his presidency too, great strides were made in developing the relationship between Mary Immaculate and the University of Limerick, facilitating the approval of new programmes. Committed to Catholic higher education, Peadar put considerable efforts into the establishment of links with Colleges abroad, especially in the United States, and built on the relationships that existed with Mercy Colleges in the USA. We have much to be grateful for in remembering Peadar’s contribution throughout his 35 years in Mary Immaculate College, especially his 12 years as President.”

We extend our deepest sympathies to his wife Áine; his daughters Siobhán, Ciara, Sorcha and Clíodhna, sons-in-law Greg and Ciaran, grandchildren Aibha, Aisling and Peadar, family, friends and colleagues.