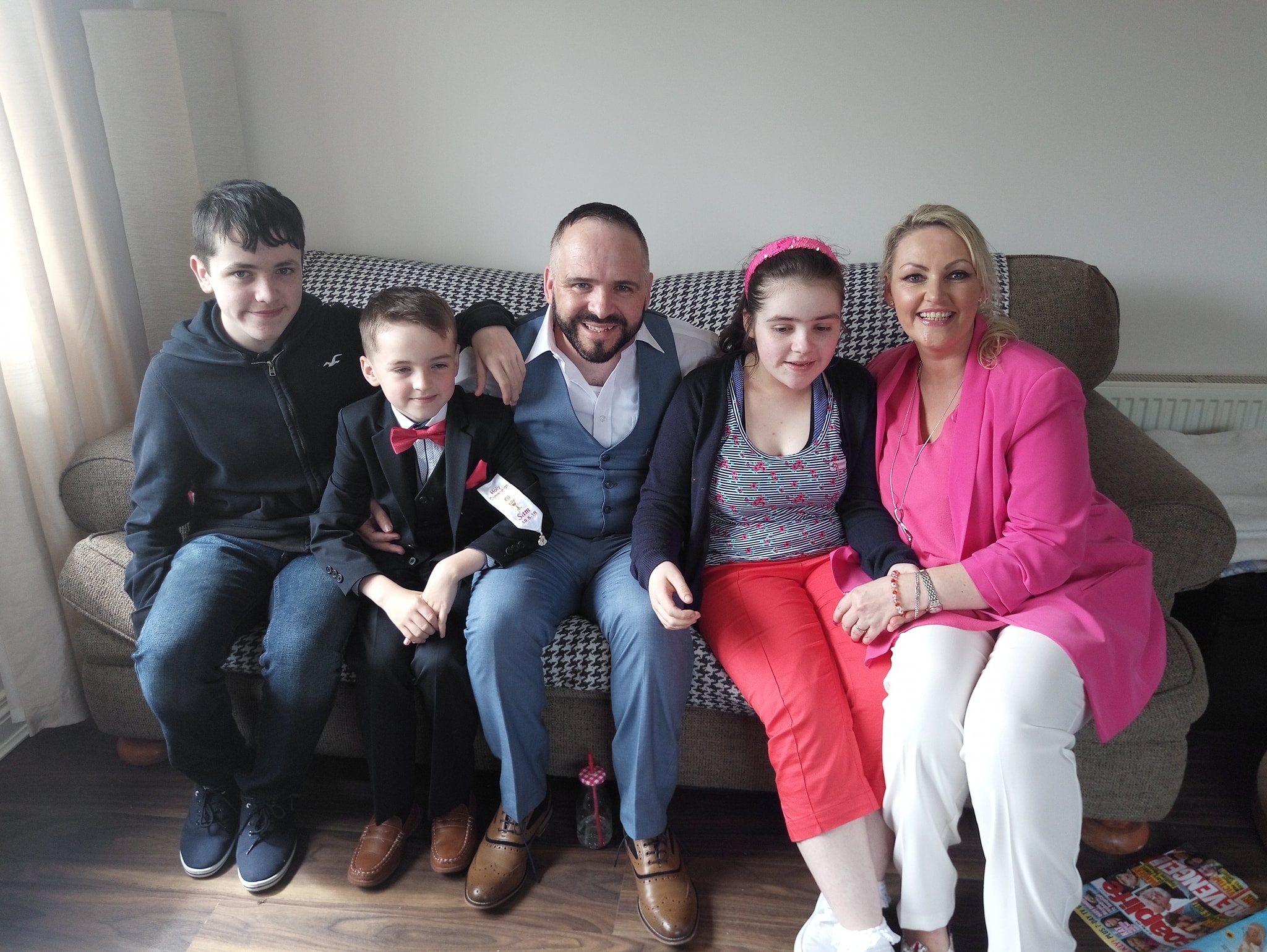 Mary Scanlon pictured with her family in happier times. From left to right – Her sons Leon, 14 and Sam, 8, her husband Phillip and daughter 18-year-old daughter Kayleigh.

In June 2018, Mary Scanlon, 44 from Southill, Limerick was diagnosed with bladder cancer and over the coming month’s cancer, unfortunately, had spread to her womb, cervix, and ovaries and Mary will be going to Mater Hospital in Dublin to have the organs removed.

This took a huge toll on the Scanlon family as they have three children and her husband Phillip had to leave work, as Mary was no longer fit to look after her daughter, Kayley who has severe autism.

Now, the younger sister of the mother-of-three, Angelina McDonnell O’Neill, has set up the ‘Hope for Mary Scanlon’ fundraising campaign in a bid to help her husband Philip afford to be by his wife’s bedside in Dublin’s Mater Hospital, where Mary will be staying up to 6 weeks.

Angelina spoke with ilovelimerick about why she set up the GoFundMe page, “I set up the GoFundMe page because Mary’s husband is no longer working and is full-time minding their children. They lost the house and had to rent accommodation and because he’s self-employed, he is not allowed to receive benefits. They could go to a council house but they can’t because of their daughter, Kayley and so at the moment, they are paying rent privately. Her condition means she has to live in a quiet environment, so the family moved to Mungret. I suggested the GoFundMe page to Mary, so it was set up so they could pay their rent and bills for the next six months.” 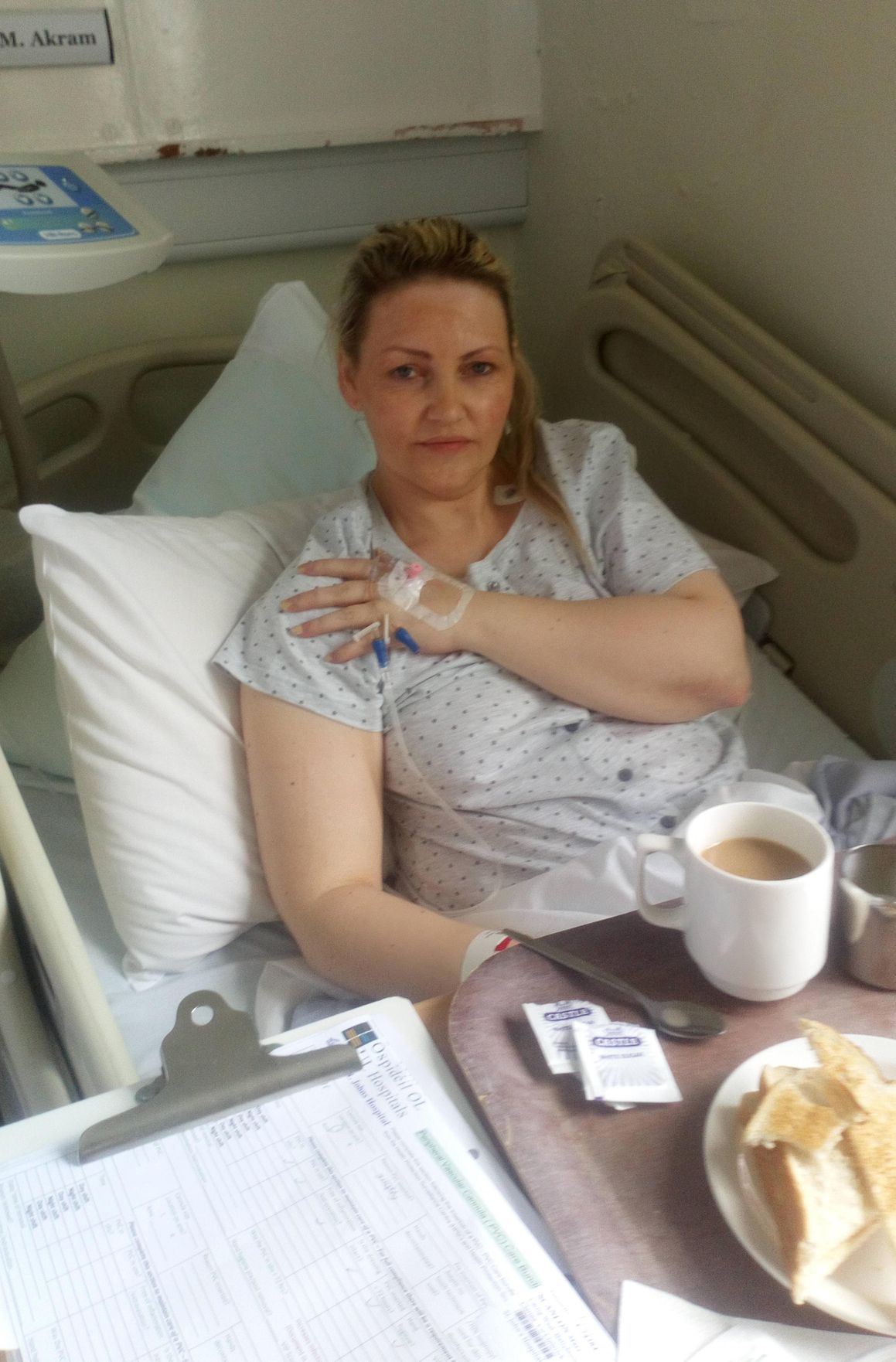 Mary Scanlon, from Limerick, was diagnosed with bladder cancer and over the coming months, cancer, unfortunately, spread to her womb, cervix and ovaries and will be going to Mater Hospital in Dublin to have the organs removed.

Mary went to the doctor only nine months ago with a suspected kidney infection and was prescribed medication for this but it didn’t seem to be working so Mary’s family pushed her to see a neurologist and after she discovered that she had a tumour on her bladder she was sent to St. John’s Hospital to have this tumour removed. After the operation, they sent off a biopsy to get analysed. It was discovered that it was a one in a million type of cancer called Urachal Cancer and Mary was the only person in Ireland with this kind of cancer. “When she went for a CT scan it was discovered that it spread to a lot more organs. It was spread to her cervix, her womb, her tubes and her ovaries,” Angelina said.

Urachal Cancer is an incredibly rare and aggressive form of cancer, which develops from the urachus, a vestigial musculofibrous band that extends from the dome of the bladder to the umbilicus. It is often diagnosed in the later stages as it is unlike other bladder cancers, as symptoms don’t show up until it reaches other parts of the bladder.

Over the past week, Angelina’s GoFundMe page has gained almost €10,000 euro in donations for Mary and her family and Angelina says she cannot thank the people of Limerick enough. “I have the say the people of Limerick have been absolutely amazing and I can’t thank them enough. It really shows what Limerick is all about as people are rallying around to help us. We are so grateful as this will make a huge difference to Mary and the lives of her family.”