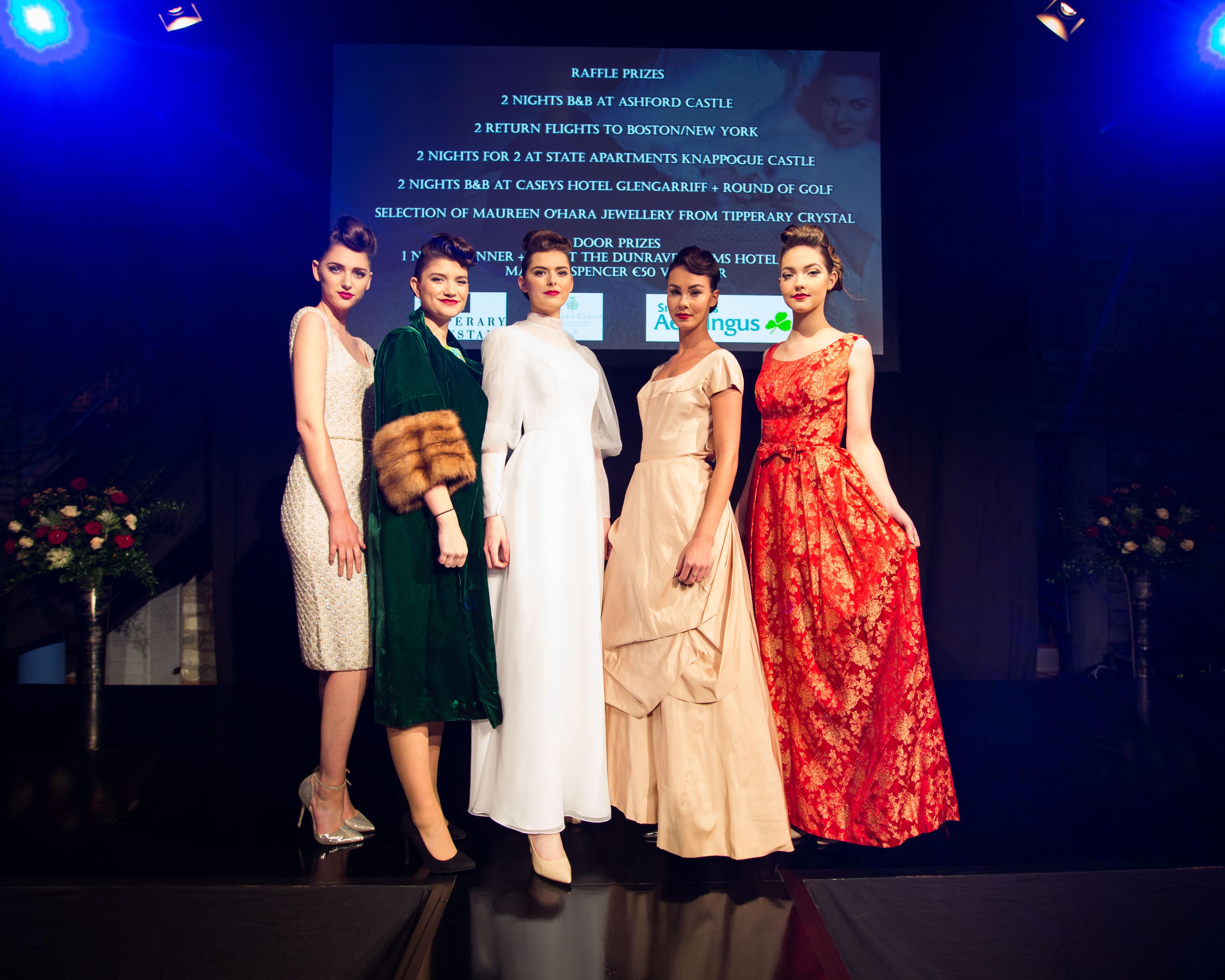 The Golden Age of Hollywood lit up the Foynes Flying Boat and Maritime Museum as the Maureen O Hara fashion and style of the Hollywood star was revealed to the public for the first time in a spectacular gala event.

The event, the first in a line of fundraisers to construct the new Maureen O’Hara Blair wing of the museum, was officially opened by the Minister of State for Tourism and Sport, Patrick O’Donovan.

Minister O’Donovan gave his commitment to supporting the project that is expected to significantly increase the 60,000 visitor numbers to the poplar west Limerick tourist attraction.

Owing to the generosity of Ms O’Hara’s grandson Conor Fitzsimons, the world’s largest collection of Ms O’Hara’s memorabilia will go on display in Foynes on completion of the new phase of the museum’s structure.

Among the items to go on display is Ms O’Hara’s Oscar, costumes and accessories from many of her films, as well as the style and dresses the Irish beauty wore to major Hollywood events and broadcasts.

For more than a quarter of a century Maureen O’Hara supported the Foynes Flying Boat and Maritime Museum in Foynes and remained its patron until her death – one year ago today.

The Hollywood star was introduced to Foynes by her late husband, pilot, and airline owner Captain Charles Blair. He flew in and out of Foynes during the flying boat days 1939-1945.  It would be more than 30 years later before his wife would join him in Foynes when he landed in his own Sandringham Flying Boat in 1976 and returned again in 1978.

Maureen never tired of telling the story of how Captain Blair flew the last flying boat out of Foynes, typing his wings to west Limerick as he left, and flew the first flight into Rhianna.

Her relationship with Foynes did not end with the death of her husband however. In 1988 when the idea of a museum for Foynes was first muted Ms O’Hara, who by then had a residence in Glengariff Co. Cork, was suggested as a potential supporter of the project.

“When I told her we were thinking of opening a flying boat and maritime museum she said ‘Don’t think, just do, and I will give you all the support I can’,” said Ms O’Shaughnessy.

“She was true to her word and she became a huge and dedicated supporter of the museum and indeed Foynes, taking every chance possible to promote and support the museum. We are therefore delighted to have been afforded the opportunity to put her most prized and personal possessions on display here in Foynes permanently,” added Margaret.

For our previous story on Maureen O Hara from I Love Limerick click here.