By Richard Lynch on October 22, 2020@richanthon 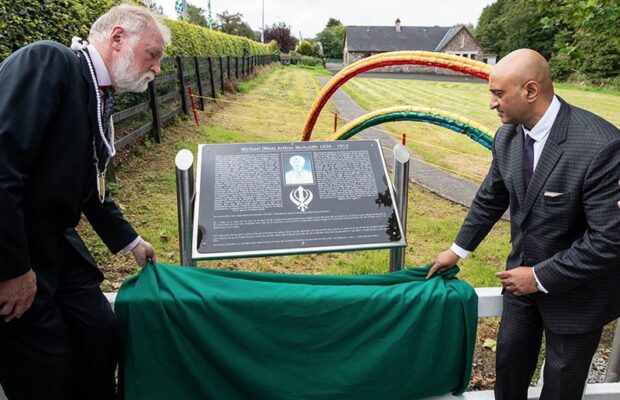 Max Arthur Macauliffe Commemoration ceremony pictured above has been shortlisted for an award. Picture: Alan Place 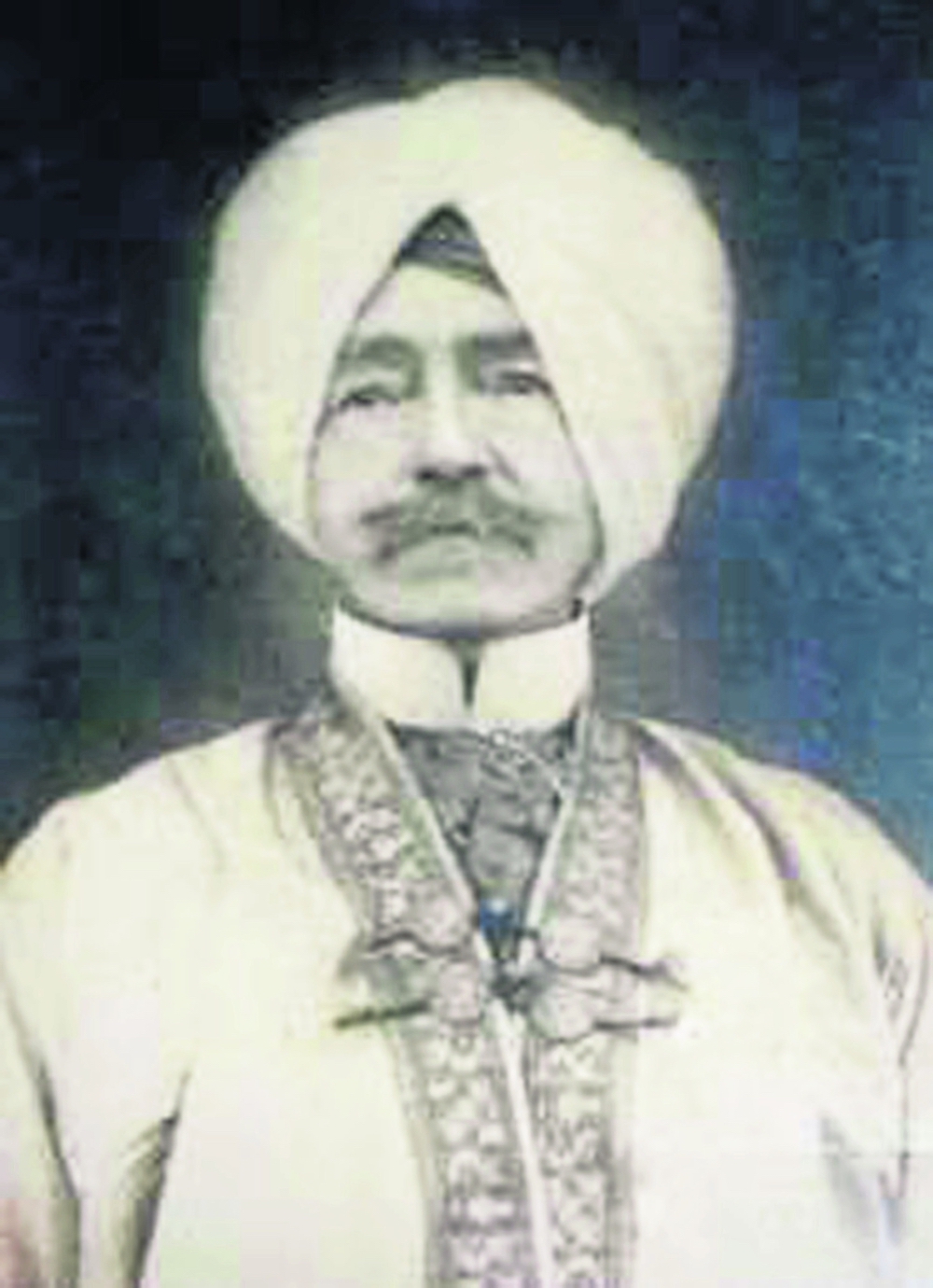 Image of Max Arthur Macauliffe, translator of the holy book of the Sikhism Religion, the Guru Granth.

In 1909, Newcastle West native Max Arthur Macauliffe, also known as Michael McAuliffe, translated the holy book of the Sikh religion into English and the translation, published by the Oxford University Press, has not been out of print since.

On September 11, 2019, the West Limerick linguist, scholar, and civil servant was celebrated with the unveiling of a commemorative plaque in Templeglantine Community Centre.

Max Arthur McAuliffe completed his classic translation of the holy book of the Sikhism Religion, the Guru Granth, in 1909. Oxford University Press published the first edition of his renowned work of art. ‘The Sikh Religion: Its Gurus, Sacred Writings and Authors’, in six volumes and running over 2,000 pages.

The focus of Macauliffe’s life is in his as a translator and interpreter of Sikhism to the English-speaking world. Sikhism is a monotheistic religion that has an estimated 28 million followers, making it the ninth-largest religion in the world.

Macauliffe was born in Newcastle West in September 1841 as the eldest of eleven other siblings, his parents moved their family to Templeglantine national school when he was eight-years-old after his father took the position of principal at the school.

He lived in the upstairs of the school with his family and won scholarships to attend Springfield College, Ennis (now St. Flannans College) and NUIG, eventually choosing to study at Queen’s College in Galway, graduating with a B.A degree with first-class honours in Modern Languages.

He was then selected in 1862 for the Indian Civil Service and was then assigned to the state of Punjab in 1864. He served for almost twenty years, during which he was promoted to deputy commissioner and divisional judge.

After retiring in 1893, he then developed his interest in the Sikh faith by undertaking writing, leading him to complete the classic translation into English the major parts of the Guru Granth, the holy books of the Sikhs.

Sikhism was founded in the sixteenth century in the Punjab district of what is now India and Pakistan. It was founded by Guru Nanak Dev Ji and is based on his teachings and those of the nine Sikh Gurus who have followed him.

A plaque has been unveiled in Templeglantine to mark the ground breaking work of West Limerick man Max Arthur MacAuliffe who translated the holy book of the Sikh religion into English in 1909https://t.co/NOR24febz7 pic.twitter.com/9tmFq8n8JT

This year, the Max Arthur Macauliffe commemoration ceremony has been shortlisted for the Local Government Award 2020.

The Local Government award recognises the skills, hard work, innovation, and enthusiasm within local government that can often go unrecognised. The Excellence in Local Government Awards are held in partnership with the Department of Housing, Planning and Local Government, taking place as an annual celebration of the value of the continuous work and effort happening locally. This celebration of local projects and the Local Authorities behind them is part of a broader partnership between businesses and government nationwide, which continues to evolve to support collaboration with our local communities.

The Max Arthur Macauliffe commemoration ceremony has been shortlisted as one of the top six projects from across the country. The winner will be announced during an online ceremony on November 26.

By being shortlisted it is an acknowledgment of the benefit of the ceremony to the local community in Templeglantine but also to the links that have been established in the region between the Sikh community, the local authority, and the residents of the birthplace of one of Limerick’s most famous residents.

Anne Rizzo, Administrative officer of the Thematic Programmes, said, “Even though we are in very uncertain times, with so much negativity around, I am delighted to bring you some positive news.  Our Max Arthur Macauliffe commemoration ceremony has been shortlisted for a Chambers Ireland, Excellence in Local Government Award 2020.”

“This shortlisting is an acknowledgment of the benefit of the ceremony to the local community in Templeglantine but also to the links that have been established in the region between the Sikh Community, the local authority, and the residents of the birth place of one of Limerick’s most famous residents. We are thrilled with the news, as I’m sure you all are.”

We at I Love Limerick wish them good luck!

For more about Sikh(Limerick), go HERE