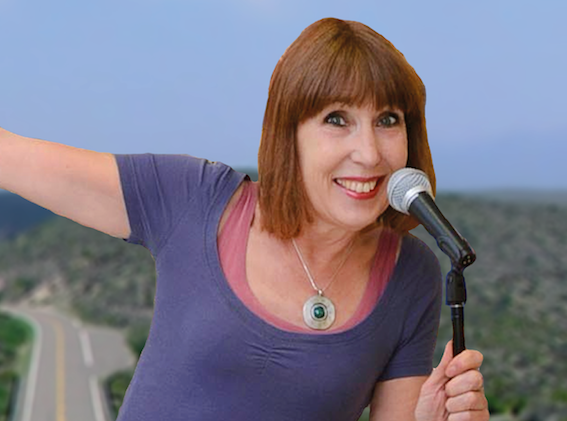 Maxine Jones Never been 61 Before is a comedy show set to be fantastically funny as she takes to the mic in Mother Macs, April 5th at 8 pm and April 6th at 9:30 pm. At 61, Maxine Jones has done everything she felt she had to do – college, career, kids. Now she’ll do what she wants and it’s set to be a hilarious adventure!

Since moving to Dublin from London in 1990 as one of Ireland’s first immigrants and first divorcees, she sheds the past, races into the future, aims for success and dares to fail. Maxine has raised three sons, matched their socks, tried to get the gravy right, been a contestant on Countdown and run for Ireland.

Maxine discovered she was a fast runner after being told by the doctor as she approached 60 that she had high cholesterol. Preferring exercise to statins she joined a running club and was soon setting records in the over-60 category.

After 28 years in Ireland she’s ready to move on, and on, and on. She has decided to become a nomadic
cyclist. It’ll be like a gap year. Maybe a very long gap year. It could even be the gap between parenting… and death.

After the Limerick Fringe, she’s heading to the Edinburgh Fringe and then will begin her travels, reporting back in 2019. She’s already thinking of a title for the next show. Maybe ‘Ancient Nomad’, or, as she’ll be
recounting what she saw from the saddle, ‘Saddlesore’.

For more information on Maxine Jones Never Been 61 Before, go here.