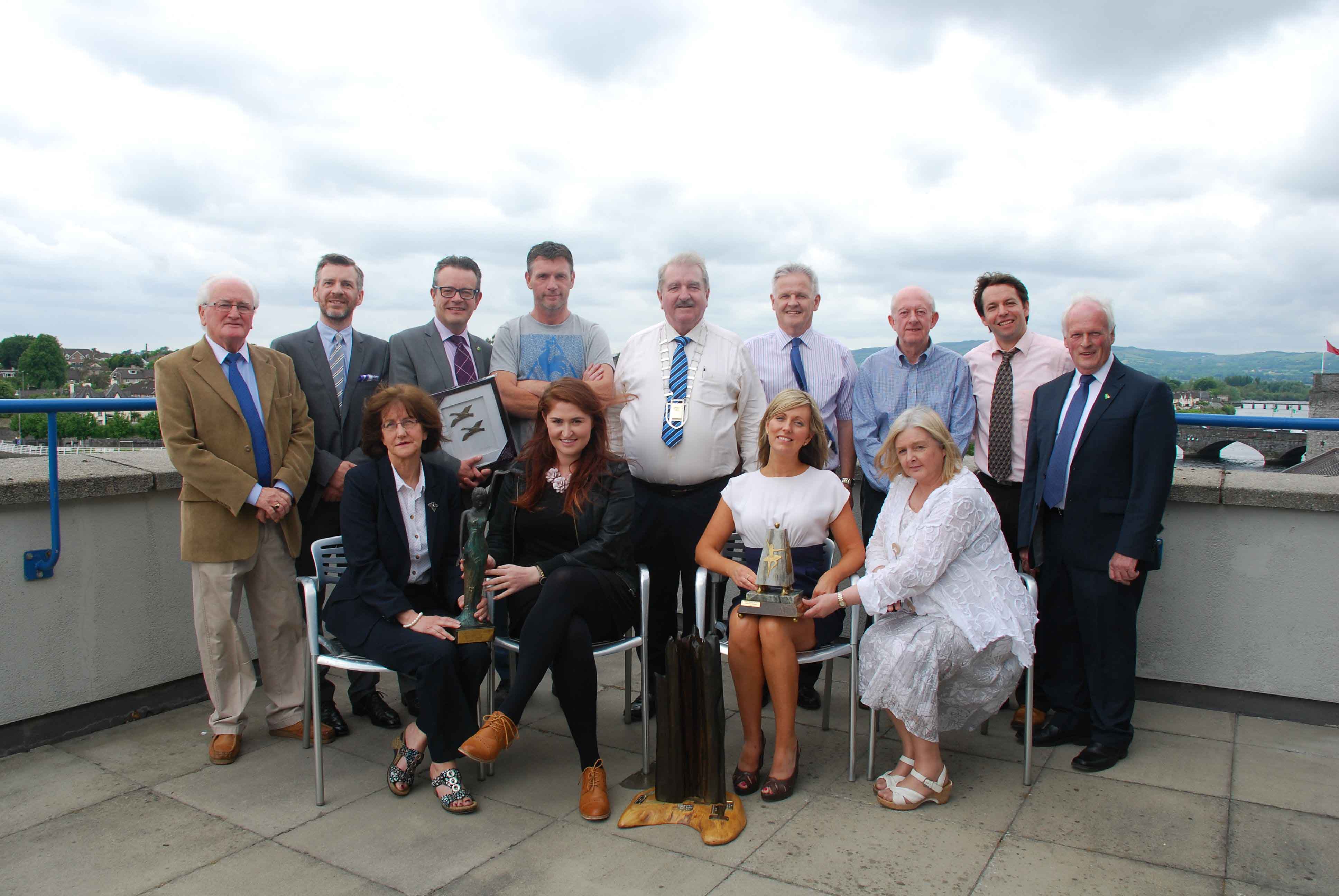 Members of Limerick Musical Society met with Mayor of Limerick City and County, Cllr. Kevin Sheahan, to formally congratulate them following their triumph at the Association of Irish Musical Societies (AIMS) awards at the INEC Killarney on 13th June 2015.

Beating off stiff competition from 120 other AIMS affiliated societies, they won four of the association’s top awards – known as the ‘Oscars’ of the Irish musical society world – for their production of ‘The Witches of Eastwick’.
Mayor of Limerick City and County, Cllr. Kevin Sheahan, said: “After hearing of the Limerick Musical Society’s achievements at the AIMS awards it is a pleasure to welcome them to the Mayor’s Office to personally congratulate them. This is a fantastic honour for Limerick and one we should all be proud of.
“I hope that they continue to entertain the people of Limerick and contribute to the arts and culture of the city and county for many years to come.”

Limerick Musical Society are 15 years in existence having produced countless shows since starting out with ‘Jesus Christ Superstar’ in 2000 and most recently completing a run of the award winning ‘The Witches of Eastwick’ at  the University Concert Hall, Limerick in March 2015.

The production team comprised of Maire Keary Scanlon, musical director, Niamh Twomey, choreographer, Des Henn, director, Jacinta Florish, production manager, and James Scanlon, chairman.
The Society has earned a reputation for top quality productions, a standing that has been embellished by numerous AIMS awards and nominations over the years.
To honour these achievements and its 15 year anniversary, a celebration will take place on Thursday, 2nd July at 8pm in Souths Bar, O’Connell Avenue.