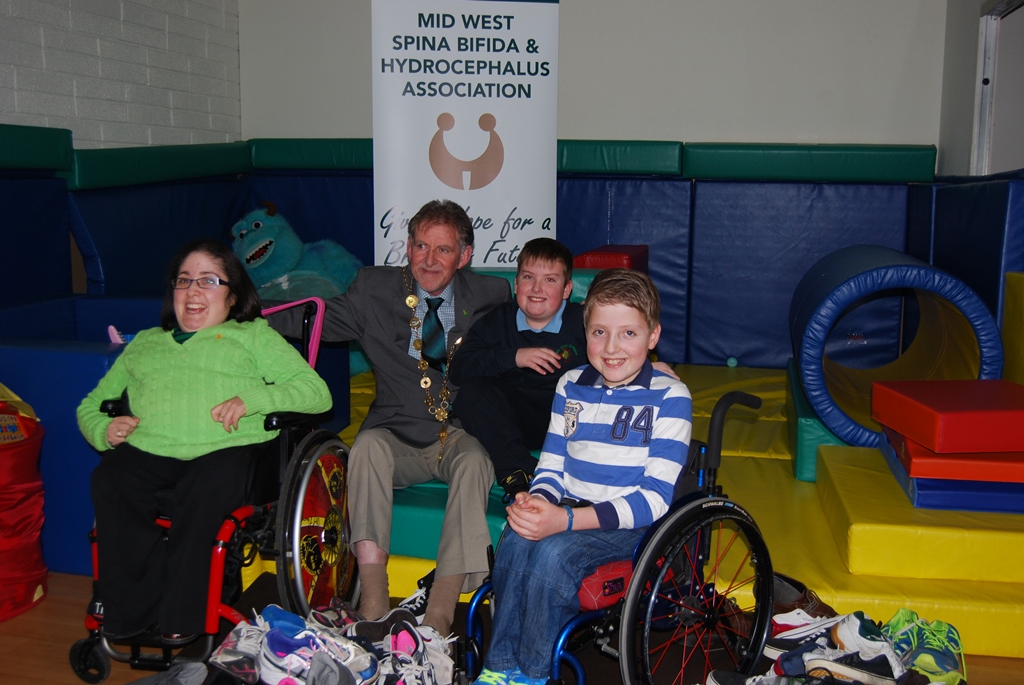 The Mayor of the Metropolitan Limerick Area Cllr Michael Sheehan has launched the Mid-West Spina Bifida and Hydrocephalus Association campaign for the Great Limerick Run on the 27 of January 2015. Mayor Sheehan was there to meet members of the Limerick-based charity as well as staff who are looking for 100 runners to fundraise and run for the charity as part of the Great Limerick Run on May 3rd 2015.

Services Co-Ordinator at the charity, Gillian O’ Gorman said, “We at the Mid-West Spina Bifida and Hydrocephalus Association are delighted to have the Mayor here to launch our Great Limerick Run campaign in 2015. As a local charity we are excited about this community event and we also are in need of the funds raised by participants. We are asking anyone interested in running or walking to come and join our team. Now that we have Mayor Michael Sheehan on our team you will be in great company!”

Development Manager, Michelle Daly Hayes gave details of what the charity is offering for would be runners and fundraisers, “We need 100 runners to fundraise a minimum of €100 euro each in order to reach our targets in 2015, we are only 40% funded by the HSE so we are hoping this initiative with others will help us to carry on our vital services for our members.  As part of our campaign we have developed a 12 week couch to 10k programme for novice and experienced runners, we also have a physiotherapist, personal trainer and nutrition expert who will provide advice for our runners getting them confident and ready for May 3’’.

Mid-West Spina Bifida work with 106 families with members who have Spina Bifida and/or Hydrocephalus in Limerick, Clare and North Tipperary. The charity has been in existence since 1982 and provides essential services such as physiotherapy, family support and counselling to those with the condition which causes incomplete development of the spinal cord. The effects of the condition vary from profound physical and intellectual disability to milder disabilities.

From Print to Postcard Limericks ghost stories at The Park Kiosk