WATCH – Limerick rapper MC NOTN makes it to Semi-Finals of Ireland’s Got Talent 2019. 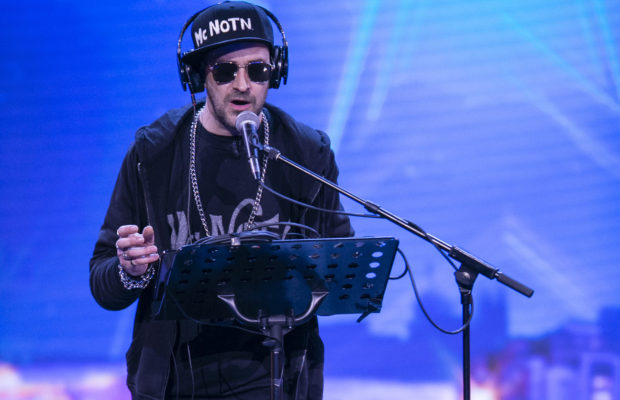 Local Limerick rapper MC NOTN (aka BenoitVibeS) displayed his unique talent of beatboxing with a loop station during the semi-finals of Ireland’s Got Talent on Saturday, April 6.

Limerick rapper MC NOTN makes it to Semi-Finals of Ireland’s Got Talent 2019.

Local Limerick rapper MC NOTN (aka BenoitVibeS) displayed his unique talent of beatboxing with a loop station during the semi-finals of Ireland’s Got Talent on Saturday, April 6. The Belgian performer has lived in Limerick for 20 years and decided to showcase his beatbox skills for the judges Denise Van Outen, Jason Byrne, Michelle Visage and Louis Walsh.

MC NOTN creates his own original music with no pre-recorded samples and three years on since the rapper invested in his first loop pedal (a playback recording device), he decided to enter the second series of Ireland’s Got Talent and reached the semi-finals of the competition. MC NOTN said “Around October 2017, Ireland’s Got Talent got my number from a friend of mine and they were looking for talent (obviously). We had a long chat about art and entertainment. They did their research and found my video “Say Nothing”. (I am dressed as a mime and I do nothing) I was in LSAD at the time and a little obsessed with the “Art of Nothing”. We took a chance and I got the opportunity to “Say Nothing” on Ireland’s Got Talent. The judges had no idea what was going on but we all had a good laugh over it.”

In November 2018, I applied as MC NOTN (msaynothing) and did the opposite and made a lot of sounds with my mouth. “beatboxing”. I thought it would be funny… I didn’t think I was going to get me into the live semi-finals. Yurt!” 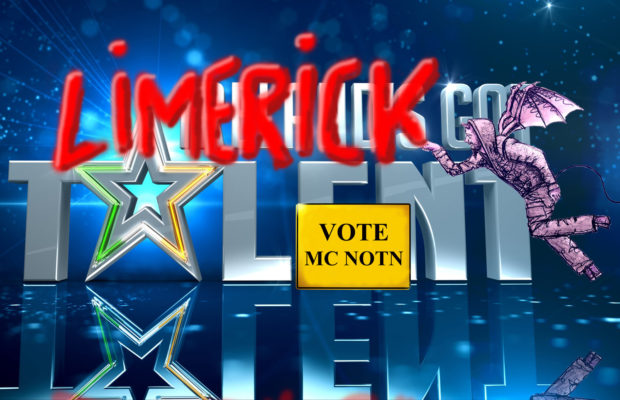 The overall winners of Ireland’s Got Talent were Dublin dance troupe BSD, who received the golden buzzer earlier in February from judge Jason Byrne and went straight through to the semi-final.

When asked how he became involved in music and rapping, MC NOTN said it was a gradual process. “It’s not like I woke up one morning and decided to beatbox. It was slower than that. I was a singer-songwriter and played acoustic guitar for a few years. I enjoyed making trumpet noises and scatting. On recordings, I would “sing” the instrumental parts. Over time it’s a thing I do. I took a break from it all and lost the heart for it for a while. I focused on the visual arts instead and went into LSAD. They opened my mind to new ideas. While I was there, I applied that way of thinking to my music. And rediscovered the loop pedal as the perfect tool for me to perform again. It has taken me a while to get used to it but now I feel limitless and ready for the road.”

Despite not making it to the finals, MC NOTN enjoyed the experience, saying “Everything was tiptop. All the staff were so sound, professional and very down to earth. The contestants became my friends and there is a lot of support for each other. The experience of the semi-final, how much is involved, all the technicians, stage, lights, cameras. Clothing, makeup, hair (I got some moisturizer and a hat but still). Working with choreographers and dancers. Being part of a team like that makes the best come out of me. I really enjoyed it. Maybe not the red buzzer at the end but that’s part of the game I guess.

Fans of MC NOTN’s music can see him in person on Good Friday in Costello’s bar between 9:00–9:30 pm, as well as the Record Room on Friday, May 24. People can also follow ‘mc_notn’ on Instagram to be alerted when his 24hr notice pop up gigs begin. Anyone interested in a Beatbox/ARTiculation tutorial from the up and coming performer can contact him on [email protected].

The winners of Ireland’s Got Talent were Dublin dance troupe BSD. The group had received the golden buzzer earlier in February from judge Jason Byrne, which meant they went straight through to the semi-final. One-hundred-and-fifty-thousand people voted and BSD’s 39 dancers, aged from 10 to 17, received the most votes to win €50,000. BSD will have an hour-long special on Virgin Media Television, after beating a stellar line-up of the most talented singers, dancers and acrobats that the country has to offer.

For more information on Ireland’s Got Talent, click here