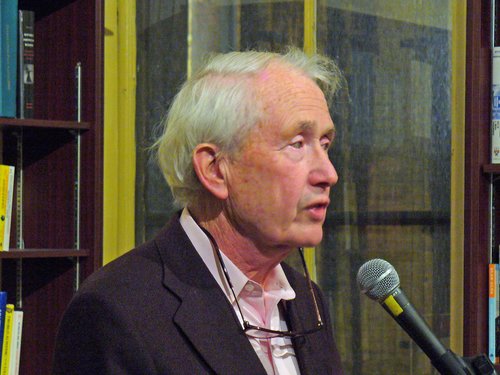 McCourt Collection To Remain In Limerick

The McCourt family has announced that the Frank McCourt collection will stay in Limerick. Comprising a number of key artifacts from the life and work of the acclaimed author of Angela’s Ashes, the collection has been transferred to the People’s Museum of Limerick, at 2 Pery Square, where it will soon be on display to the public.

Discussing the move, David O’Brien of Limerick Civic Trust said, “Following in-depth and prolonged discussions, we are delighted to announce that Frank McCourt’s artifacts will remain in Limerick, right around the corner from its old home in Leamy House.”

The People’s Museum of Limerick at 2 Pery Square, the new home of the McCourt Collection

Speaking in Limerick on 3rd December, Ellen McCourt, Frank’s widow, said, “I am delighted to have found an alternative home for the McCourt collection in Limerick. We had known for at least six months, in fact, longer, that the Frank McCourt Museum at Leamy House was due to close at the end of October, and very much wanted the personal items to remain in Limerick. I can’t thank Una Heaton enough for creating a lively, interactive exhibition highlighting Frank’s childhood in Limerick for the last decade, and we are very sad to see it come to an end. Her energy and vision created a truly unique, intimate, and personal museum experience for visitors from around the world. Limerick Civic Trust, who runs the People’s Museum of Limerick, will integrate Frank’s items into the larger story of the city in the last century.”

The new Frank McCourt exhibition at the People’s Museum will launch in the New Year.

UPDATE: Limerick Artist Thomas Ryan to give a once in a lifetime talk at People’s Museum