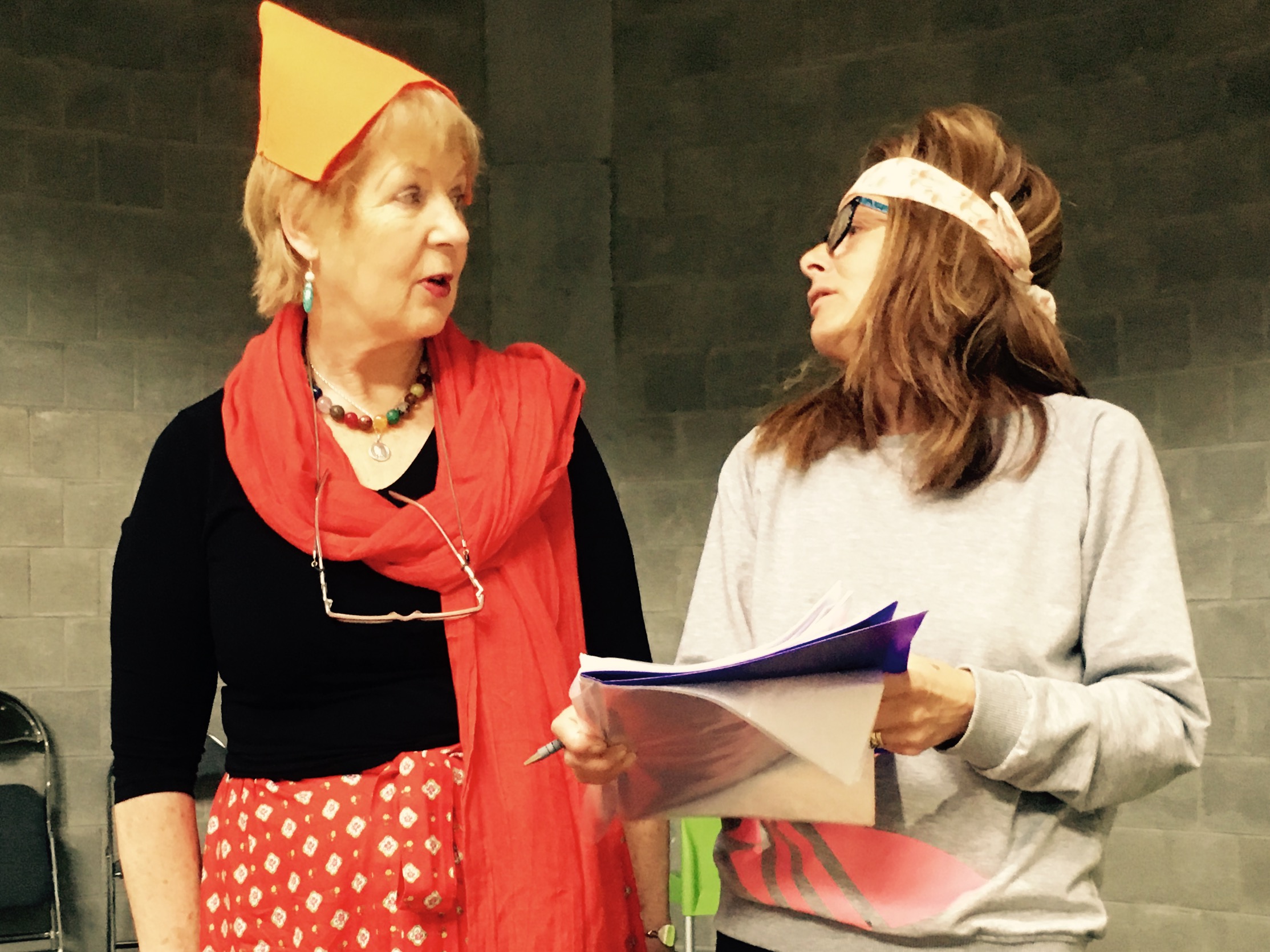 After the massive success of previous productions of The Northside Misfits Community Drama Group, they return with a bang as they premiere their newest show, Mein Gott with a chaotic plot and flash mob dancing.

Following on from their huge success with their plays ‘taLK’, ‘Buried In The Past’ and ‘Behind The Scenes (Loosely)’, the Northside Misfits Community Drama Group are back with the world premiere of their new play entitled ‘ Mein Gott’!  One Airport, one snowstorm, one deadly virus, a newborn baby, illegal smuggling and an Irish dancing flash mob!  Just another normal day in the NORTHSIDE International Airport!

The Northside Misfits began in September 2014 as a community education initiative with the LCETB to engage with learners in the NORTHSIDE through the medium of drama. The group performed their first play ‘Marigolds Wedding ‘ to a small audience that Christmas and continued into the new year when they successfully applied for a seed grant from Milford Compassionate Communities to write and stage a piece of theatre that would open up a conversation about ‘thinking ahead about the end of life’. The group wrote ‘taLK’ and performed to a full audience that came from far and wide, including the chairperson of the cancer society of Ireland and senator Marie Louise O’Donnell, who spoke

on the night. They were invited to perform ‘taLK’ at the Aviva in Dublin as part of the palliative care international conference and among other venues. During the 2020 bid in 2016, the group were invited to Manchester by ‘Walk The Plank’ and the European jury for 2020 called to one of the Misfits members home during their visit to Limerick where they met all the cast members.

Mein Gott’ came about through workshops with the director Karen Fitzgibbon, where the group, inspired by the recent heavy snowstorm, devised and improvised a storyline where a group of strangers become trapped in the one place for a period of time. Each one has a secret and these secrets come to light during the performance. Mein Gott is a comedy with intrigue!

“It’s been a very busy few years for the Misfits with their previous plays selling out in the Belltable and the Northside Youth Space and an invite to Manchester by ‘Walk The Plank’ street theatre company for the Manchester Day Parade.  They also travelled to the Aviva in Dublin for the Palliative Care Conference to perform their highly acclaimed play ‘taLK’.  The group formed in September 2014 and this will be their 5th production.  The Misfits were recently invited by ‘Walk The Plank’ to take part in their ‘School of Spectacle’ for the St. Patrick’s Day Parade 2018”.  Director: Karen Fitzgibbon.

So fasten your seatbelts, it is going to be a turbulent performance for the cast of ‘Mein Gott’ opens at the ‘The Northside Youth Space’, situated behind Thomond Park on the 11th of April and runs until the 12th of April at 8 pm nightly. Tickets are 5 euro and there will be a raffle on the night for an authentic signed and framed Munster rugby jersey.

To learn more and buy your tickets, click here

For more stories from I Love Limerick on theatre in Limerick, click here