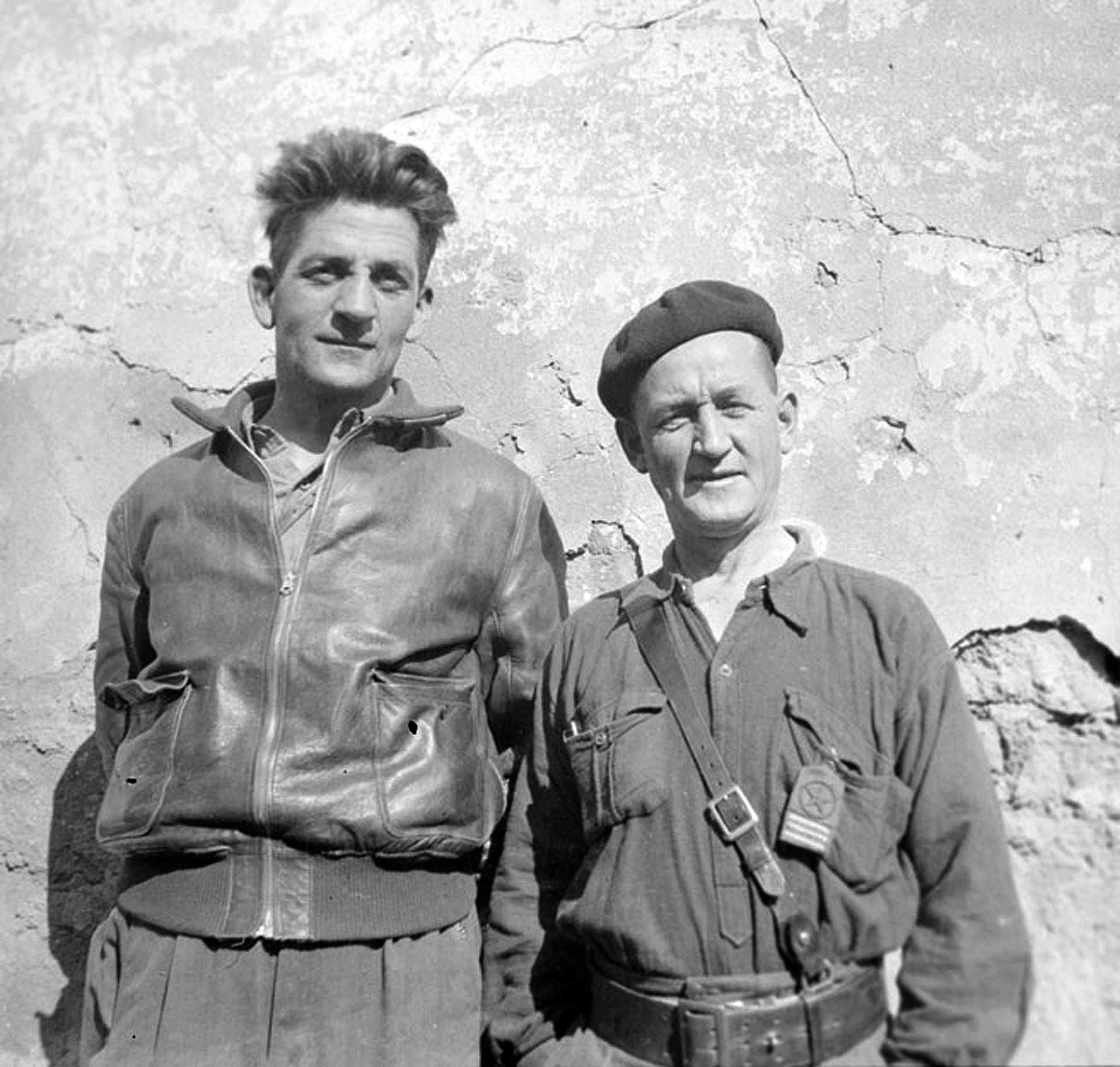 Joe Ryan (centre of back row) and Frank Ryan (back right) with International Brigade colleages. All were injured at Jarama.

A memorial to six Limerick men who fought on the Republican side during the Spanish Civil War will be officially unveiled in the grounds of Limerick City Hall this Sunday.

The Cathaoirleach of Limerick City and County Council, Cllr. Kevin Sheahan will be joined at the ceremony by 40 members of the International Brigades Memorial Trust and the men’s relatives who are travelling from all over Ireland, UK, USA, Canada and Australia.

Commissioned by the Limerick international Brigade Memorial Trust, the sandstone sculpted memorial has been created bylocal artist Simon Donnelly. It features the names of Gerard Doyle, Joe Ryan, Emmett Ryan, Paddy Brady (all Limerick City), Frank Ryan (Knockainy) and Jim Woulfe (Athea) who joined the International Brigade in its fight with the Republican side against Franco’s Nationalist Army during the 1936-39 conflict.

Jim Woulfe was killed fighting with the Canadian MacKenzie Papineau battalion of the XV International Brigade during the Battle of Belchite in early September 1937. He is commemorated in a memorial in Ottowa in Canada. Emmet Ryan from Catherine Street died during the Battle of the Ebro River in July 1938 as Republican forces attempted to seize the small but strategically important town of Gandesa.

Of the four Civil War survivors, Joe Ryan joined the British Navy in World War Two and was killed when the HMS Dunvegan Castle was sunk by a U Boat off the northwest coast of Ireland in 1940. Frank Ryan died of natural causes in Dresden, Germany in June 1944. His remains were repatriated and interred at Glasnevin Cemetery more than three decades later. Gerard Doyle, then 63, died in Cornwall in March 1970, shortly after the death of fellow Civil War veteran Paddy Brady.

Charlotte Ryan Wetton, Frank Ryan’s grandniece, will officially unveil the memorial which forms part of a weekend programme of events organised as part of Limerick City of Culture 2014. Sarah Bennett, sister of Joe Ryan and the only surviving sibling of the men will lay a wreath in their memory.

The weekend will also see the launch of “From the Shannon to the Ebro”, an anthology featuring essays documenting Limerick’s links with the fight against fascism during the 1930s.

Cllr Kevin Sheahan, Cathaoirleach of Limerick City and County Council commented: “The men who fought with the International Brigade are commemorated around the world and it is fitting that those six ordinary Limerick men who found themselves in extraordinary circumstances will now be remembered in their native place.  It should also be said that a number of Limerick men who travelled to Spain in support of Franco subsequently fought Fascism during the Second World War and they are also remembered on this occasion.”

“This memorial project is based on a voluntary effort by a committed group of people and Limerick City and County Council is happy to support them in their effort to commemorate the part played by Limerick men in momentous world events,” he added.

According to Ger McCloskey, spokesperson for the Limerick International Brigades Memorial Trust: “Like all Civil Wars, the Spanish Civil War was a bitter conflict that pitched neighbour against neighbours and led to decades of division in Spanish society. The huge influx of foreign fighters, particularly to the Republican side, was also representative of growing international concern in relation to the rise of fascism throughout Europe.”

“We are grateful to Limerick City and County Council for supporting our bid to remember those Limerick men who fought with the democratically elected Spanish Government against fascism. By being provided with a site within the grounds of Limerick City Hall and through the financial support of Limerick City of Culture, we are delighted to be able to deliver a permanent public memorial to the six Limerick born brigadistas, whose efforts have previously gone largely unrecognised,” concluded Mr McCloskey.