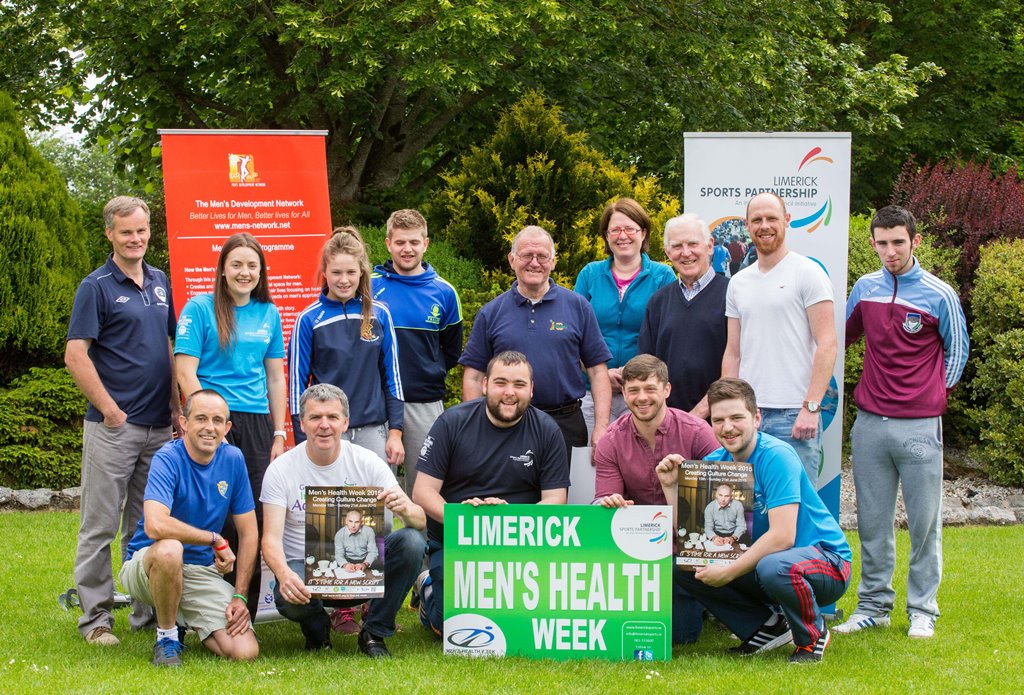 Hundreds of Limerick men of all ages took part in a series of events marking International Men’s Health Week, which came to a close at the weekend.

Celebrated in most European countries, as well as in the USA, Australia, New Zealand and a number of other places worldwide, Men’s Health Week aims to heighten awareness of preventable health problems for males of all ages.

The annual initiative also aims to support men and boys to engage in healthier lifestyle choices and activities, as well as encourage the early detection and treatment of health difficulties in males.

Limerick Sports Partnership hosted a calendar of events across Limerick City and County during the week.

The LSP were delighted to have Lorcan Brennan present during the week who delivered the Men’s Development Network ‘Engage Training’ and also launched the LSP upcoming Men on the Move Health Checks Initiative to practitioners working with men across Limerick City and County.

“Figures show men on the island of Ireland experience a disproportionate burden of ill-health with one man in five dying before the age of 65. Many of those deaths are preventable, so this year’s Men’s Health Week contained a strong focus on men pursing a healthy lifestyle,” commented Mairead Fitzgerald, Sports Development Officer at Limerick Sports Partnership.

“Adopting a healthy lifestyle is not something that can easily happen overnight but small changes can make a big difference. Our focus over the past week was to inform men about the lifestyle changes that will make them live longer and healthier lives,” added Ms. Fitzgerald.

Check out the International Men’s Health Forumn on Facebook here