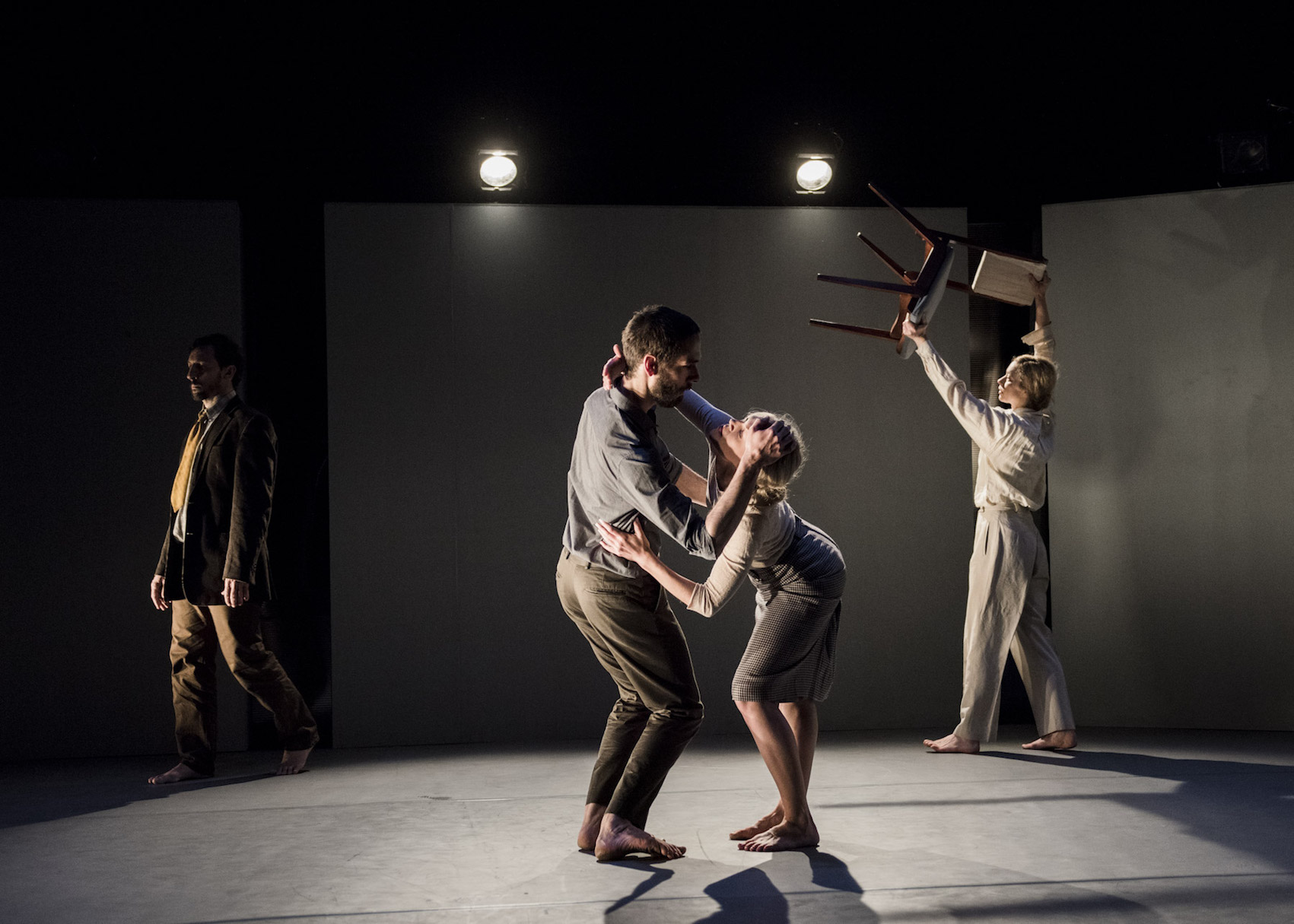 Merry.Go.Round is a beautiful dance performance that examines our most human of concerns: the search for true love and what it is we call home. Maria Nilsson Waller and Dance Limerick present this ethereal dance performance to Limerick audiences on Tuesday 1 May in John’s Square.

Looking beyond our world into the great vast blackness of the cosmos we find five characters orbiting each other. Some are destined to converge, others to split apart. They all long for authentic connections in this otherworldly realm of celestial bodies. Caught between construction and deconstruction it is a marvel universe both beautifully simple and incredibly messy.

With a touch of cinematic sci-fi, merry.go.round is a dance performance featuring an eclectic soundtrack including Swedish rebel jazz band Je Suis!, NASA recordings of the solar system and iconic opera classics. Performed by 5 dancers within a structure of scored improvisation, merry.go.round is never the same twice. Strange yet familiar, sometimes dejà vu, sometimes jamais vu!

As with other pieces in Nilsson Waller’s work, our relationship to nature and the environment is being examined, as are the borders between the known and unknown, and science versus faith and mythology. merry.go.round explores domestic space next to the borders of our known universe, in a world where each man is an island.

In a work reminiscent of Chagall, Satie, Dali and Kubrick we meet iconic characters like Juliette and her Italian boyfriend, Orpheus, Eurydice, Heloise & Abelard, and Queen Elizabeth I, all caught in what seems to be a world stuck in post-romantic stress disorder. Time, anticipation and transformation are key ingredients when the clockwork of paths and journeys are set in motion for the characters. The show portrays a search for true love in the light of the big western romantic myths, it is cinematic and otherworldly, yet strangely familiar. While the work contains an obvious reference to the movements of celestial bodies, our understanding of the universe, gravity and even time itself, the main concern is questions of a more humane character: What happens when you join another person’s orbit? How can you stay together when your paths are splitting apart? How many times do you have to pass each other before you connect or reconnect?

The 5 performers all bring their unique skills and presence to the project. Each dancer has, through hours of improvisation and conversations, helped shape the piece throughout the process, performing a work that is partly scored as improvisation. Sensitive listening and daily re-invention is part of the ensemble’s work, delivering a piece that is never performed quite the same twice.

One strong musical influence is Swedish trombonist Niklas Barnö and his rebel jazz band Je Suis! In addition to some of their music, the sound design also contains fragments of NASA’s sound recordings of the solar system-electromagnetic waves from our own solar system- and iconic opera recordings like the 1940s-piece Orpheus and Eurydice from the MET and Maria Callas’ Tristan and Isolde.

The project has undergone two development phases. The first one was a two-week research and development residency supported by Konstnärsnämnden, Sweden, followed by a public studio showing in Stockholm. The second one was supported by Dublin City Council and Dance Ireland and included two presentations as part of the Dublin Dance Festivals First Look programme 2016. merry.go.round received a project award from the Irish Arts Council, leading to the premiere of the work at Dublin Dance Festival 2017, in partnership with Swedish Estrad Norr, through the support of Region Jämtland Härjedalen.

Maria is no stranger to Limerick having performed here in 2015 with her piece Blanca and again in 2016 as part of a triple bill of solo pieces called Maria, Maria Maria. merry.go.round’s 2018 tour is supported by the Arts Council of Ireland and produced by Dance Limerick.

UL Drama Society Presents: Write or Wrong, a new take on the Irish Diaspora in London.