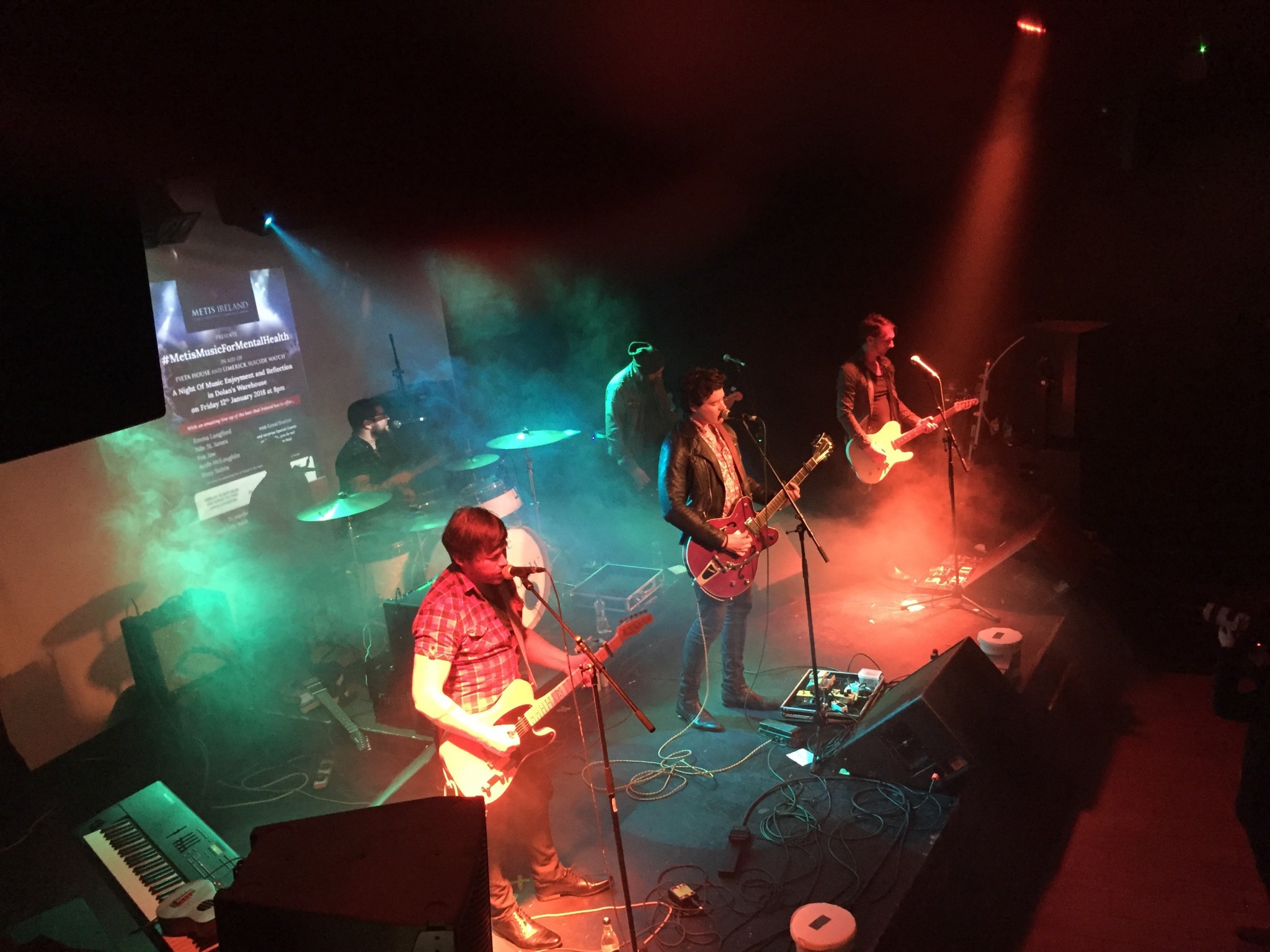 The Metis Music for Mental Health gig is set to return for a second year and will take place again in Dolans Warehouse this coming January 11, 2019. The gig will be in aid of the charities in Limerick such as Suicide Watch and Pieta House.

Last year a line-up of local stars took the stage at Dolan’s Warehouse, which helped to raise an impressive €16,500 for the local mental health charities.

The idea for the Metis Music for Mental Health gig is to raise awareness for the huge and pervasive issue we have in Ireland revolving mental health and suicide. Limerick Suicide Watch, a voluntary group, does absolutely phenomenal work in preventing suicide. They patrol the River Shannon into the early hours of the morning to help and support people who may be contemplating their lives. They are there to prevent a horrible and unnecessary tragedy from occurring. Pieta House is a suicide and self-harm crisis centre. The organisation provides counselling services to people free of charge who again are contemplating or have suicidal tendencies. They have helped over 30,000 people in suicidal distress or engaging in self-harm, and established twelve subsequent centres across Ireland.

Metis’s Irelands Karl Daly was responsible for organising this heart-touching event. The success of the evening was made possible by massive support from Limerick businesses who contributed generously to raise much-needed funds for the nominated charities.

At the first Metis Music for Mental Health gig, Aoife Mc Loughlin opened the show followed by The Stray Saints, Foxjaw, Nile St James and Emma Langford. During the evening Limerick Suicide Watch and Pieta House were represented by Sarah Counihan and Johnny Togher respectively who did a short talk explaining the work they do and then presenting a video for all to see. Kamal Ibrahim showed his short movie ‘If Only’ which was an absolute showstopper. Emotions in the audience were shifting from musical highs to tears stemming from the reality of what is happening to people who can’t cope with the stress of life and need the support and love.

Metis Ireland and organiser Karl Daly want to again thank everyone who supported this cause. Make sure to buy tickets and follow the hashtag #Metis-MusicForMentalHealth.

Look out for tickets to this event, here.