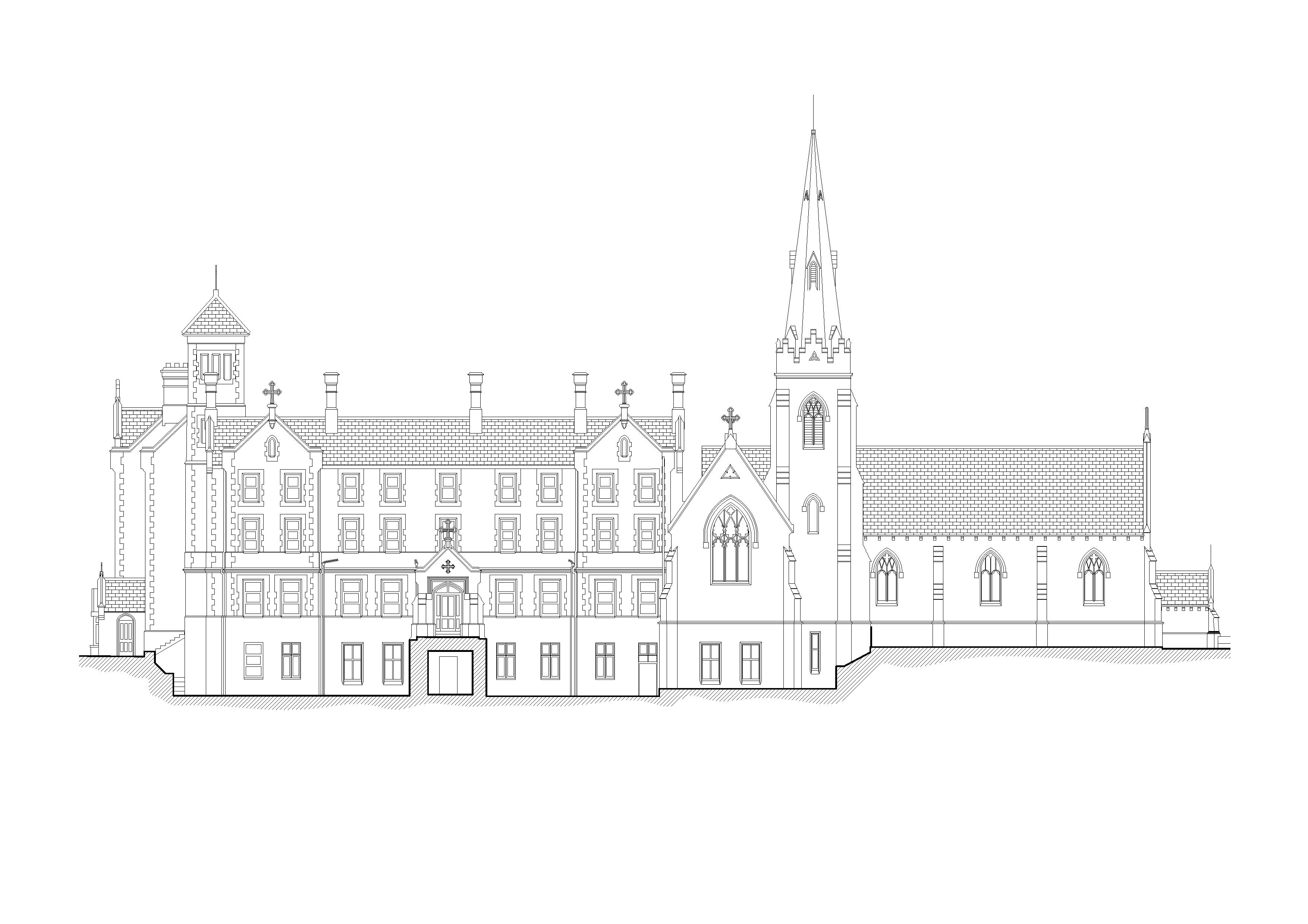 MIC expands to O Connell Avenue – Mary Immaculate College is set to expand its footprint onto Limerick’s O’Connell Street with the redevelopment of the former Mount complex, on the South Circular Road, giving the College a physical imprint that will extend from the Dock Road to the main city thoroughfare.

Building works commenced earlier this week on the former Sisters of Mercy Mount Convent Complex, a landmark 19th Century building which is adjacent to the College and covers approximately 4000 square metres.

The redeveloped building, scheduled to be opened in September, will be named as the John Henry Newman Campus in honour of the Nineteenth Century priest, Cardinal and now Blessed, and author of the seminal work ‘The Idea of the University’ and who preached a mission in St Michael’s Church in Limerick for the establishment of the Mount as an orphanage.

The John Henry Newman Campus will be refurbished to the highest specification as a fit-for-purpose research and postgraduate facility, bringing all postgraduate activities together into one space and significantly advancing provision in this area.

From a strategic perspective, the extension of the estate will bring the campus footprint onto O’Connell Avenue, the main city thoroughfare, raising the profile of the College as a prominent physical feature of Limerick City and, more importantly, as integral to the currency of the wider community.

This redevelopment coincides with Limerick City and County Council’s new plans to transform O’Connell Street as part of an urban centre revitalisation project.  Senior Executive Planner Kieran Reeves recently spoke of how the redevelopment of O’Connell Street would “join up a whole lot of other things, from Mary I, down to the Opera site and down to City Hall.  This is going to be the new spine [of the city] and it is a fantastic opportunity”.

More ambitious plans are afoot at Mary Immaculate College to build a new, technologically advanced and future-proofed Library Building at the heart of the campus which will further support the quality of the student experience at MIC. This project also took a major step forward in recent days with the completion of an EU–wide procurement process, which led to the appointment by Mary Immaculate College of a Design Team led by Scott Tallon Walker Architects. The appointed team have commenced the design work which will lead to the submission of a Planning Application in the coming months.

These ambitious capital projects will provide for the increased student numbers at MIC, which rose by 16% in 2015 bringing the student body to in excess of 3,500. This upward traction of student numbers is set to increase as a result of the forthcoming incorporation of St. Patrick’s College, Thurles, to be renamed as MIC, St. Patrick’s Campus, Thurles. As a result of this incorporation, which will take place formally in July 2016, Mary Immaculate College will become a multi-campus institution offering nine undergraduate degree programmes in Education and the Liberal Arts, as well as a wide range of Continuing Professional Development offerings for teachers and numerous postgraduate opportunities to Masters and PhD level. This development will consolidate the position of MIC as the most significant provider of initial teacher education outside of Dublin and the largest institution operating independently in Ireland as a specialist provider of prestigious, high quality programmes for those wishing to become professional teachers at primary and secondary levels.