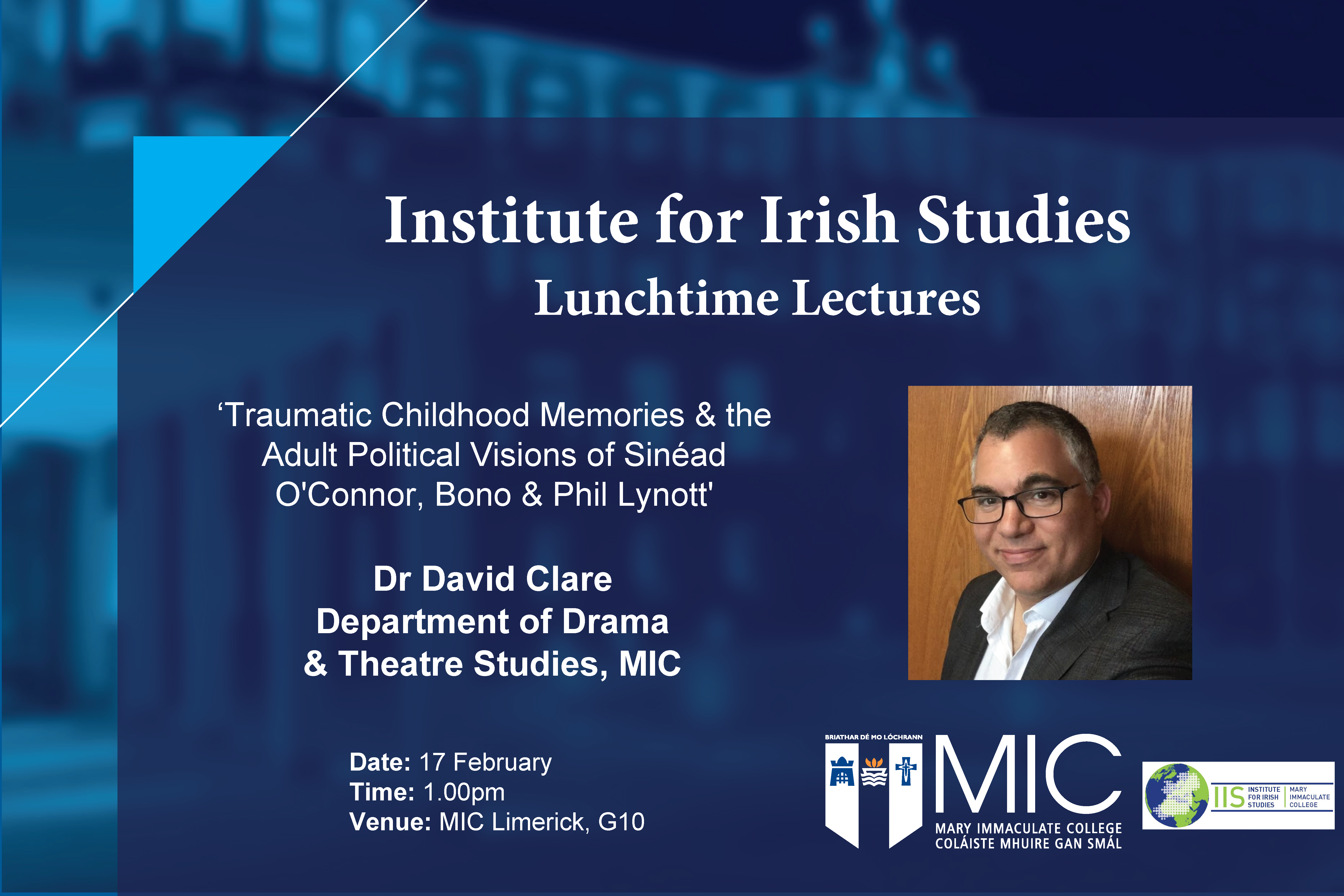 MIC Lunchtime Lecture series:..Dr David Clare, Head of the Department of Drama and Theatre Studies at MIC, will explore how memories of traumatic events greatly influenced the political visions of Sinéad O’Connor, Bono and Phil Lynott.

MIC Lunchtime Lecture Series hosted by the Institute for Irish Studies at Mary Immaculate College (MIC) is returning on Monday, February 17 from 1 pm to 2 pm. The event is a free public lecture and all are welcome. It will take place at MIC Limerick, Room G10.

Dr David Clare, Head of the Department of Drama and Theatre Studies at MIC will explore how memories of traumatic events greatly influenced the political visions of Sinéad O’Connor, Bono and Phil Lynott.

Dr David Clare will explain how the abuse that Sinéad O’Connor suffered from her mother in childhood inspired her performances.

Some of her performances protested the handling of abuse cases by the Roman Catholic church and Britain’s treatment of people from its former colonies, including Ireland.

After Dr David Clare will then discuss the effect that the 1974 Dublin bombing had on Bono personally and Andy Rowan, his best friend’s brother.

The event inspired several U2 songs; these include classic tracks related to Northern Irish politics, the reconciling of Catholic and Protestant Irishness, and heroin abuse in the 1980s Dublin.

Finally, Phil Lynott’s experiences of racism during his childhood in Dublin led him to repeatedly assert in his work that black Irish identity is not only possible but also powerful and appealing.

This socio-political agenda informs several of his songs, including “Black Boys on the Corner”, “Róisín Dubh (Black Rose): A Rock Legend”, and “Ode to a Black Man”.’

Dr Clare has published widely on Irish literature, drama, and culture, and he is a curator of the www.ClassicIrishPlays.com database.