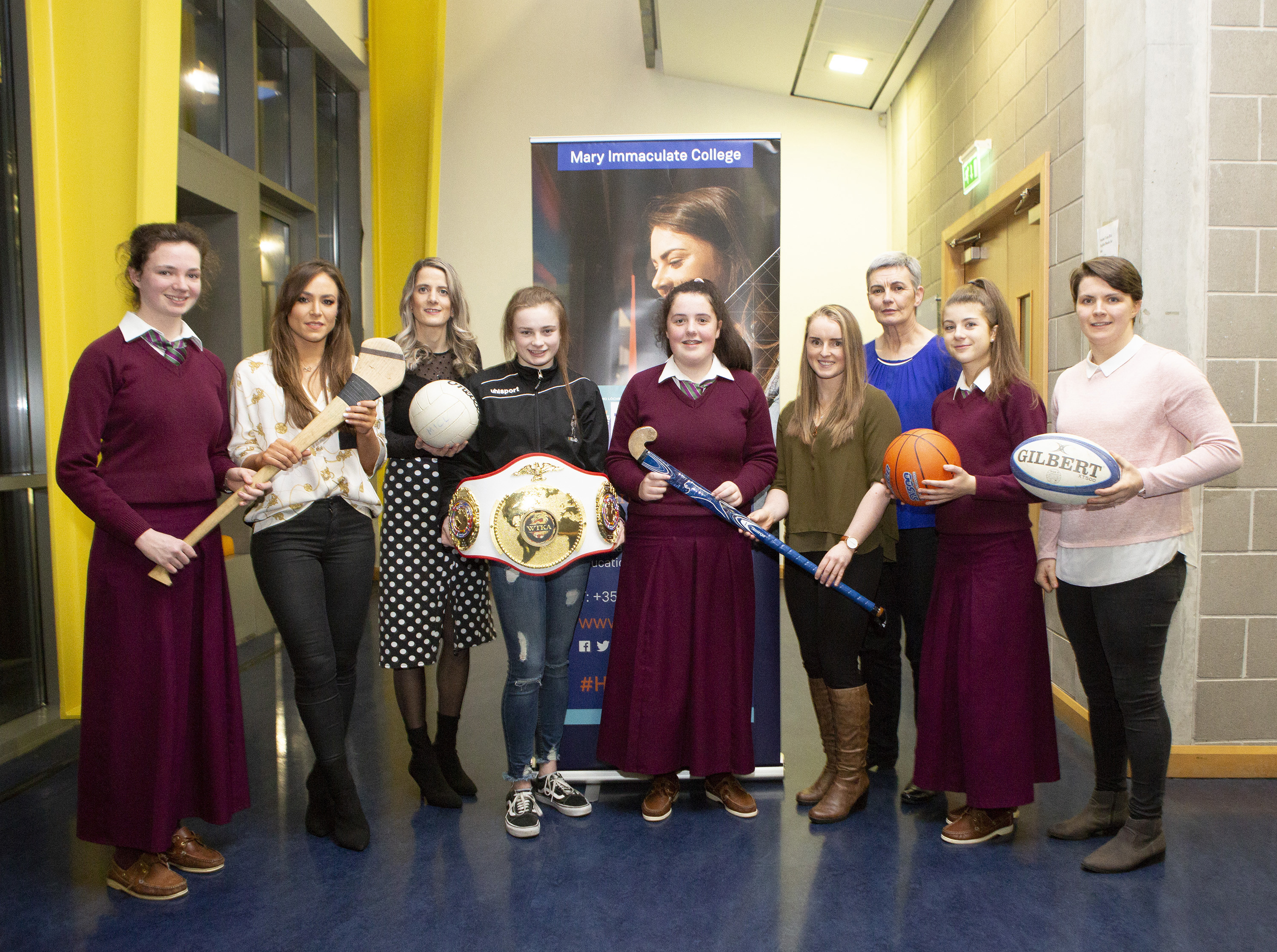 Mary Immaculate College’s female sporting stars were out in force for the MIC Women in Sport Event which took place in the College recently as part of the inaugural FemFest celebration.

The event aimed to acknowledge and highlight the achievement and leadership of women in sport, especially those who have strong links with MIC either as past or present students and staff.

The event was MCed by TG4 Rugbaí Beo’s Máire Treasa Ní Dhubhghaill, with speakers including the current Ireland Women’s Rugby captain Ciara Griffin. A graduate of MIC’s Bachelor of Education and Master of Education programmes, the Munster and UL Bohemian back-rower has been one of the first names on the Ireland team sheet since making her international debut in 2016.

When asked about the current amateur status of Irish women’s rugby Ciara said: “It’s great to be professional, but you have to have the groundwork in place first. We need to develop grassroots rugby for girls here in Ireland and develop a player pool. I would prefer to see the funding going into underage rugby and developing that feeder system that they have in the UK, France and New Zealand. That they have underage systems where the girls are working at such a high level from a young age, it just comes naturally to them, and that is what we need to do to bridge that gap. I think that it will bridge in time, but my big thing is to keep training hard, to keep enjoying it and hopefully it will come.”

Kerry Football legend and MIC graduate Mary Jo Curran also spoke at the event. The ten times All-Star winner who in 2013 was inducted into the TG4 Hall of Fame said that all children, girls and boys should be encouraged to play as much sport as possible. “I don’t there should be any barriers to playing a variety of sports, and realistically. I don’t think that there apart from time.”

The MIC Women in Sport event was organised by Edel Foster, Athena SWAN Project Manager, MIC; Teresa McElhinney, Lecturer in the Department of Reflective Pedagogy and Early Childhood Studies at MIC and Dr Angela Canny, Assistant Dean of Education at MIC, with contributions by other MIC staff members, as part of FemFest.

MIC’s FemFest celebration runs from 5-15 February and highlights the experiences and achievements of women. The two-week programme of events included musical and theatrical performances, art exhibitions, lectures, seminars on diverse topics such as women in the film and much more.