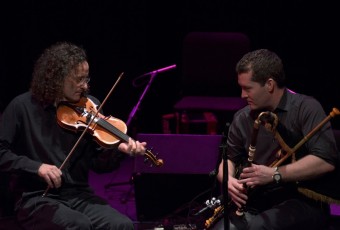 The 15th annual award is jointly funded by the Arts Office of Limerick City and County Council and The Arts Council.

This annual award is jointly funded by Limerick City & County Council Arts Office and The Arts Council to mark Newcastle West native Michael Hartnett’s contribution to literature in English and Irish. The €4,000 annual prize is presented to the winning poet on the basis of a first or second book of poetry, published during the previous three years.

Each year the award alternates between Irish and English and this year the annual prize will be presented to the author of a third book of English language poetry, or subsequent book of poetry, published during 2014 or 2015. This year’s adjudicators are poet Rita Ann Higgins and Gerard Smyth, Poetry Editor with the Irish Times.

The closing date for receipt of application forms and submitted books for the Michael Hartnett Annual Poetry Award 2016 isFriday 19 February 2016. The winners will be presented their award by Limerick Mayor, Cllr Liam Galvin during late April 2016. Application forms and further information is available from the Limerick Arts Office, Limerick City and County Council, Merchant’s Quay, Limerick.