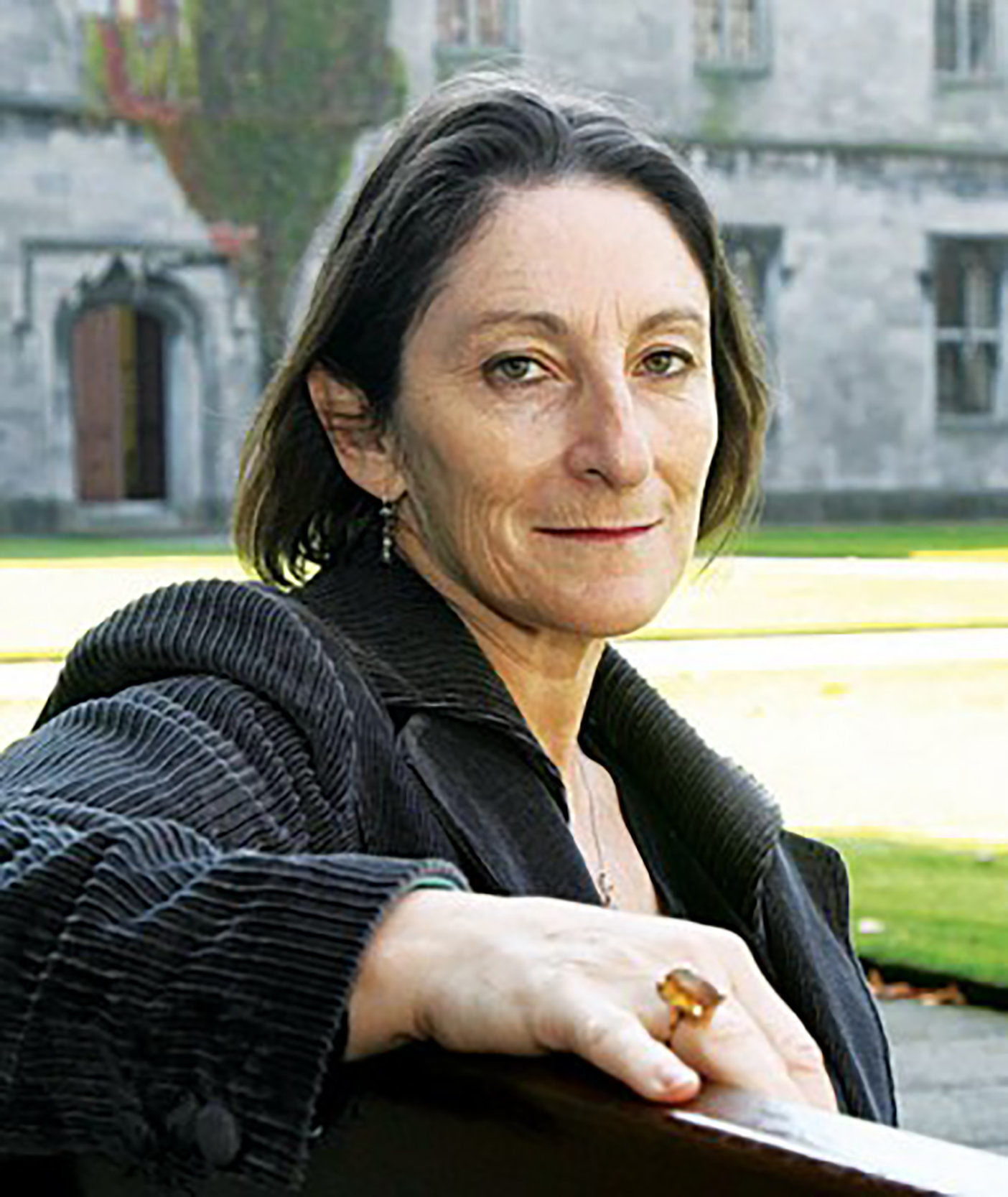 Pictured is Mary O’Malley, who was announced as one of the joint winners of the Michael Hartnett Poetry Award 2018

Two outstanding poets, Macdara Woods and Mary O’Malley, have been named as joint winners of the Michael Hartnett Poetry Award 2018, which is awarded annually in conjunction with Éigse Michael Hartnett in Newcastle West, Co Limerick.

The winners of the Michael Hartnett Poetry Award 2018 were selected from a large number of submissions: Macdara Woods for his collection, Music from the Big Tent (Dedalus, 2016) and Mary O’Malley for her collection, Playing the Octopus (Carcanet, 2016). They will receive their award on Thursday 12 April 2018, the opening night of the literary and arts festival, Éigse Michael Hartnett and will share the €4,000 purse that goes with the award.

Éigse takes place each year in Newcastle West, Co Limerick, Hartnett’s home-town and is supported by the Arts Council and Limerick City and County Council.

In their citation the judges Jo Slade and James Harpur said: “Macdara Woods has honoured poetry throughout his life, consistently rendering the weals and woes of the human condition into poems that sometimes ring from the rooftops, and sometimes whisper with deft subtlety; poems that mix wise and rare insights with a generous heart and an open mind – qualities dear to Michael Hartnett.”

“Music from the Big Tent is a superb orchestra of verbal melodies, a Big Top in which free verse, ballads and haiku sing and cavort.  The collection includes poems that x-ray the body of homo sapiens, poems that laud the depth and variety of European culture and topography; poems that encapsulate the mysterious beauty of nature and poems that mourn the dead but celebrate the beauty of the human form and the endurance of love.”

The judges in their citation described Mary O’Malley’s Playing the Octopus as: “a beautiful collection of rare gems that sparkle and seduce. Through the finely wrought, delicately woven poems, Mary has created a world that sustains us, that we recognise and can inhabit.” And the poet acts as an assured guide.”

“This is a collection that balances beauty and harmony, the poems are restrained but deeply felt, the voice assured, the meaning is revealed slowly like the uncovering of an essence, something essential and elemental.”

“There is a playfulness and joy in language that at times produces a magical quality: light bounces and refracts; musical intonations interweave with the lyric voice. What is achieved is a virtuoso performance.”

Upon hearing that she was a joint winner of the 2018 award, Mary O’Malley said: “I am delighted to receive the Michael Hartnett Award. Michael, whom I knew and who had kind things to say about my young poems, has remained a touchstone for me.”

“When I first met him, at the launch of a small anthology to raise funds for the Simon Community, he was kind, generous and had, in abundance, that ‘uaslacht’ of which I later heard him speak. Over the years, I got to know him better. He used to call me ‘an Atlantean’, which gave him a quiet amusement.”

“I used to wait for each book of Michael’s as I have never waited for any poet’s, before or since.  His work was, quite simply, essential and so he remains. His stature grows, and will, I think, continue to do so. He was a poet deeply schooled and this gave his poems a quiet authority.”

Speaking of the Michael Hartnett Poetry Award 2018, Sheila Deegan, Culture and Arts Officer with Limerick City and County Council said: “I would like to congratulate the joint winners of this year’s poetry award.  Poetry has the power to transport the reader into another world, and these winners have that ability.  They are deserved winners and join a long list of some of the powerhouses of Irish literature.”

The Michael Hartnett Poetry Award is supported by the Limerick City and County Council’s Culture and Arts Office and by the Arts Council.

Éigse Michael Hartnett is the literary and arts festival established in the wake of poet Michael Hartnett’s death in 1999 and has continued every year since. This year’s Éigse begins on Thursday, April 12 and runs until Saturday, April 14.

Among the highlights of this year’s programme include:

There will also be poetry workshops, a Poetry Slam, a literary walking tour, a film screening, a food, and poetry event with award-winning chef Tom Flavin and street entertainment.

Academic and cultural commentator Declan Kiberd will deliver the Michael Hartnett Memorial Lecture, entitled: Honey, I shrunk the kids: Is there a children’s literature?” and poet Gabriel Fitzmaurice will launch a book of translations of the poetry of Seán Ó Ríordáin called Ag Crú na Gréine/Milking the Sun.

To read more stories about poetry in Limerick click here