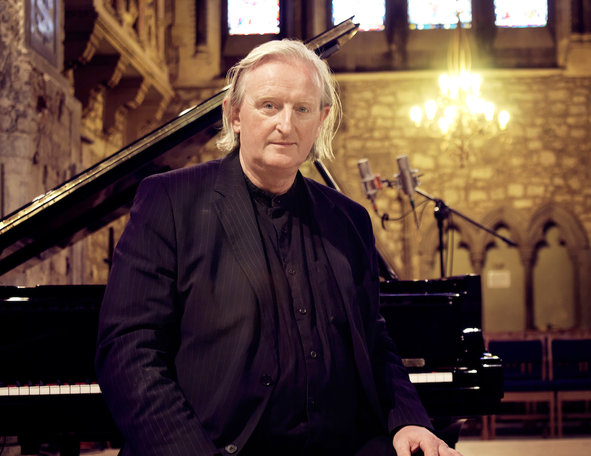 The National Youth Orchestra of Ireland has announced that it will tour Ireland with Composer and Pianist, Mícheál Ó Súilleabháin. Tickets are now on sale for the three performances including one at the University Concert Hall, Limerick on Friday 22 July at 8pm. Micheal O Suilleabhain tour July 22.

The National Youth Orchestra, conducted by Gearóid Grant, comprises Ireland’s most talented 12-18-year-olds. The orchestra presents an ambitious programme as part of its National Summer Proms tour including Tchaikovsky’s Symphony No. 6 in B minor, Op. 74 (Pathétique).

Chair of Music and Founder Director of the Irish World Academy of Music and Dance at the University of Limerick, Mícheál Ó Súilleabháín is noted for his development of a uniquely Irish traditional piano style. He has recorded extensively with the Irish Chamber Orchestra and has released some 15 recordings overall. His most recent recordings include “ELVER GLEAMS: New and Selected Recordings (EMI 2010)’’ and the DVD “Irish Destiny: music for the historic 1925 silent movie of the same name (Irish Film Institute 2006)’’. In 2004 he was appointed inaugural Chair of Culture Ireland and was reappointed in 2008. Micheal O Suilleabhain tour July 22

Flautist, Niall Keegan, was born in the South East of England and began playing Irish traditional flute at an early age amongst the community of first and second generation musicians in and around London. In 1990 Niall began studying under Dr. Mícheál Ó Súileabháin for a Masters degree which he completed in 1992 with the submission of a thesis entitled “The Words of Traditional Flute Style’’.

Keegan is course director of the new Traditional Irish Music performance masters at the Irish World Academy of Music and Dance, University of Limerick and also teaches on the ethnomusicology programme there. He has given occasional lectures and taught instrumental classes at the Music Dept. of University College, Cork and University College, Galway, Sibelius Academy, Dublin Institute of Technology, Newcastle University, Royal Scottish Academy of Music and Drama amongst others.

For further information, contact Carol-Ann McKenna, General Manager of NYOI here or at 0858209122.

Read more about the University of Limerick here.