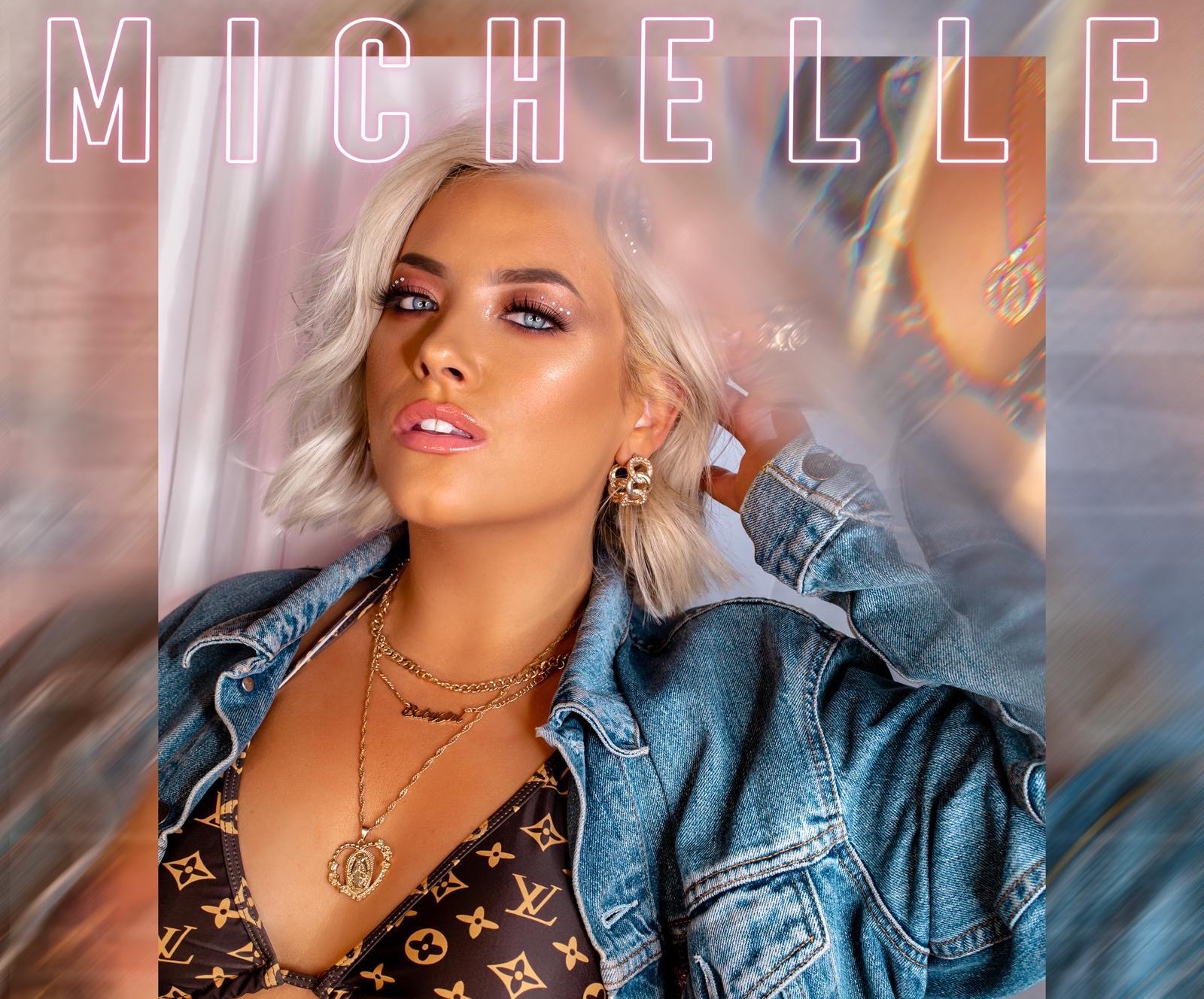 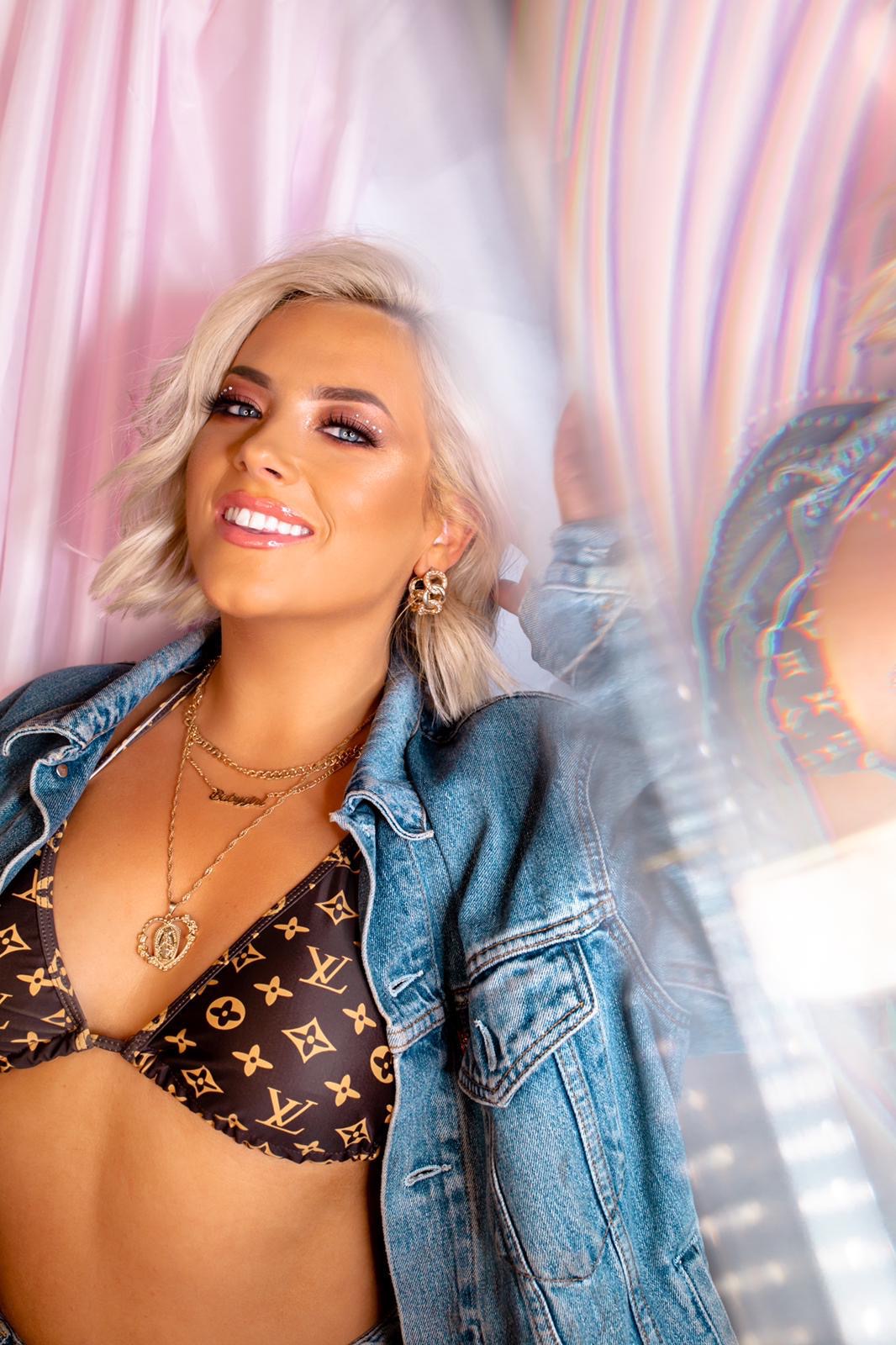 Michelle is a 22-year-old singer/songwriter from Coonagh, County Limerick who has studied Music and Dance at the University of Limerick.

Michelle is a 22-year-old singer/songwriter from Coonagh, County Limerick who has studied Music and Dance at the University of Limerick.

Multi-instrumentalist (piano, accordion and guitar!) Michelle Grimes arrives on the scene with a voice, panache and Pop / R’n’B sensibility that instantly sets her apart from her musical peers.

No stranger to the stage, Michelle has performed in Trafalgar Square to over 20,000 spectators as part of ‘Pride in London’, has sung for the King and Queen of Belgium as well as singing for The Taoiseach and the U.S Presidential party in June last year when they visited Ireland.

Michelle is a former band member of UK girl band, Office Girls. The band was formed in 2015 after Michelle’s mother encouraged her to send in a video audition for the girl group. In 2016, Office Girls made it to the boot camp stages of the X-Factor UK series. A feat not many 22-year-olds can claim.

In 2018, Michelle auditioned for Ireland’s Got Talent where she wowed the judges, Louis Walsh, Michelle Visage, Denise Van Outen and Jason Byrne with her soulful voice. Michelle walked away from her audition with four ‘yes’ votes.

Michelle also counts well known celebrities as fans, the likes of Denise Van Outen described her vocal tone as simply ‘gorgeous’. Louis Walsh described her as a pure popstar who ticks all the boxes and Simon Cowell gave her the thumbs up himself!

When I returned from the U.K, I thought I would never ever want to be anywhere near the music industry again – let alone release any of my own music. The experiences I had there were some of the best and worst of my life. I actually don’t see it as the ‘worst’ anymore though because I am finally grateful for what I have been through because of the person it made me today. Everyone has hurdles they need to go through in order for them to be where they are today and we should be so proud of whatever it is we got through! This moment is a massive step for me and I just want to thank everyone who made it possible ! Produced by the wonderful @benwandersmusic

This song is about being deeply in love. It speaks about finding a love so strong it is almost transcendent. ‘Going Going Gone’ refers to going past the point of no return in a relationship, where you realise you are completely head over heels for this person.

When speaking about her new single Michelle said, “I absolutely love ‘love’! and writing this song was such a fun and creative experience. To me, this song is essentially a modern-day song with a strong beat and good vibe.”

‘Going, Going, Gone’ was mixed by Ben Wanders and mastered in Limerick by Richard Dowling at Wav Mastering and will be released on October 22 at midnight, across all digital platforms.

You can listen to ‘Going, Going, Gone” on Spotify, iTunes, YouTube and IGTV.

To listen to Michelle’s single on Spotify go HERE

To get Michelles single on all platforms go HERE