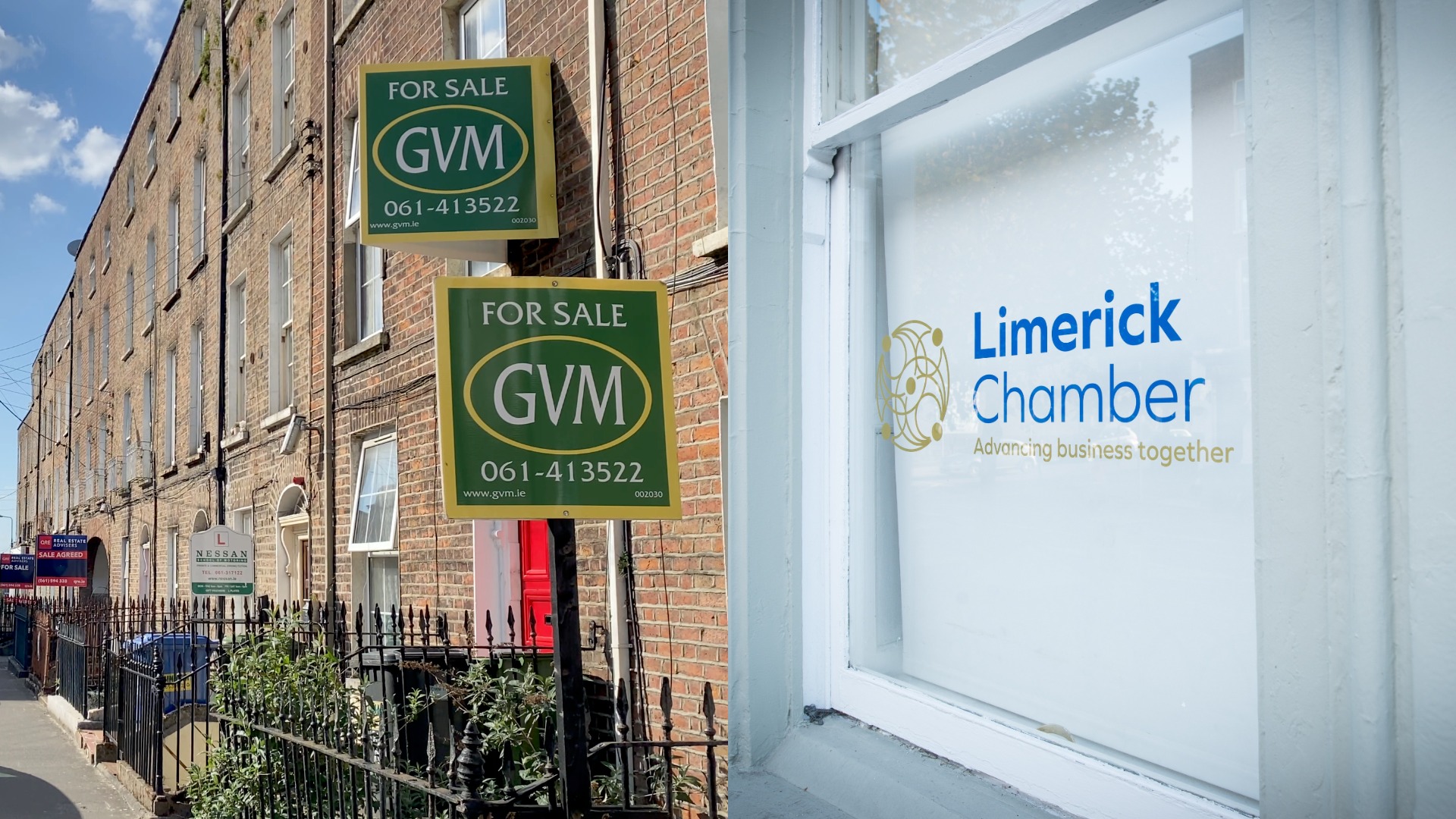 Mid West Housing – Limerick Chamber has found that regional employment has bounced back to a better position than pre-pandemic, however affordable housing across the region remains a key issue.

Mid West unemployment levels have dropped to 4.5% in May 2022, lower than the pre-pandemic figure of 4.9%. This means that the number of individuals at work in Limerick, Clare and Tipperary has increased to circa 239,700, which is a record high for the region in a decade.

“While local employment certainly took a hit in some sectors at the start of 2021, such as retail & wholesale, other areas such as the industrial sector saw their employment numbers grow over the course of the pandemic,” commented Seán Golden, Limerick Chamber’s Chief Economist, at the launch of the independent business representative body’s Mid West Economic Insights Report this week.

The report, compiled by Golden and Limerick Chamber Economist Diarmuid O’Shea, analyses latest national datasets, drilling down to a local Limerick, Clare and Tipperary level to provide a unique economic overview of the Mid West economy up to May 2022.

Limerick Chamber has found that regional employment bounced back to a better position than pre-pandemic since the lifting of restrictions in early 2022, however affordable housing across the region remains a key issue.

Mr Golden continued, “In total 1,331 homes were completed across the Mid West in 2021 against an estimated 2,748 needed to meet population growth demands, according to the ESRI. A total of 606 homes were completed in Limerick – that’s 49% short of local supply needed.”

Asked what this means for workers in Limerick, he elaborated, “When we look at Limerick specifically, we see that owner occupiers, typically workers, account for just three of every 10 new homes that are completed.  The state accounts for four in every 10 for much needed social housing and the remaining proportion of homes are being acquired by non-household purchasers.

“It is deeply worrying that owner-occupiers account for such a small portion of new Mid West housing delivered and this needs to be addressed. The overall supply of homes in the county must be increased to satisfy demand and avoid any possible cost-of-living inflation.”

New in this edition of the report is Limerick Chamber’s Rental Tracker, which monitors the availability of residential rental across Limerick City and suburbs and found that in April 2022 just 21 homes were available for rent for the whole month – with an average price for Limerick of €1,677.  Of these homes, five were one-bed units and just eight were apartments.

Overall the report finds the outlook for the regional economy to be broadly positive, with the cost-of-living in the Mid West still lower than Dublin and Cork and the high prevalence of Higher Education Institutions and other further education and training bodies producing a pipeline of well-educated, young workers for a growing FDI sector.

Results from the related Limerick Chamber Business Sentiment Survey conducted in May and also included in the report, show a positive local business outlook for the coming year.

For more stories about the Limerick Chamber, go HERE