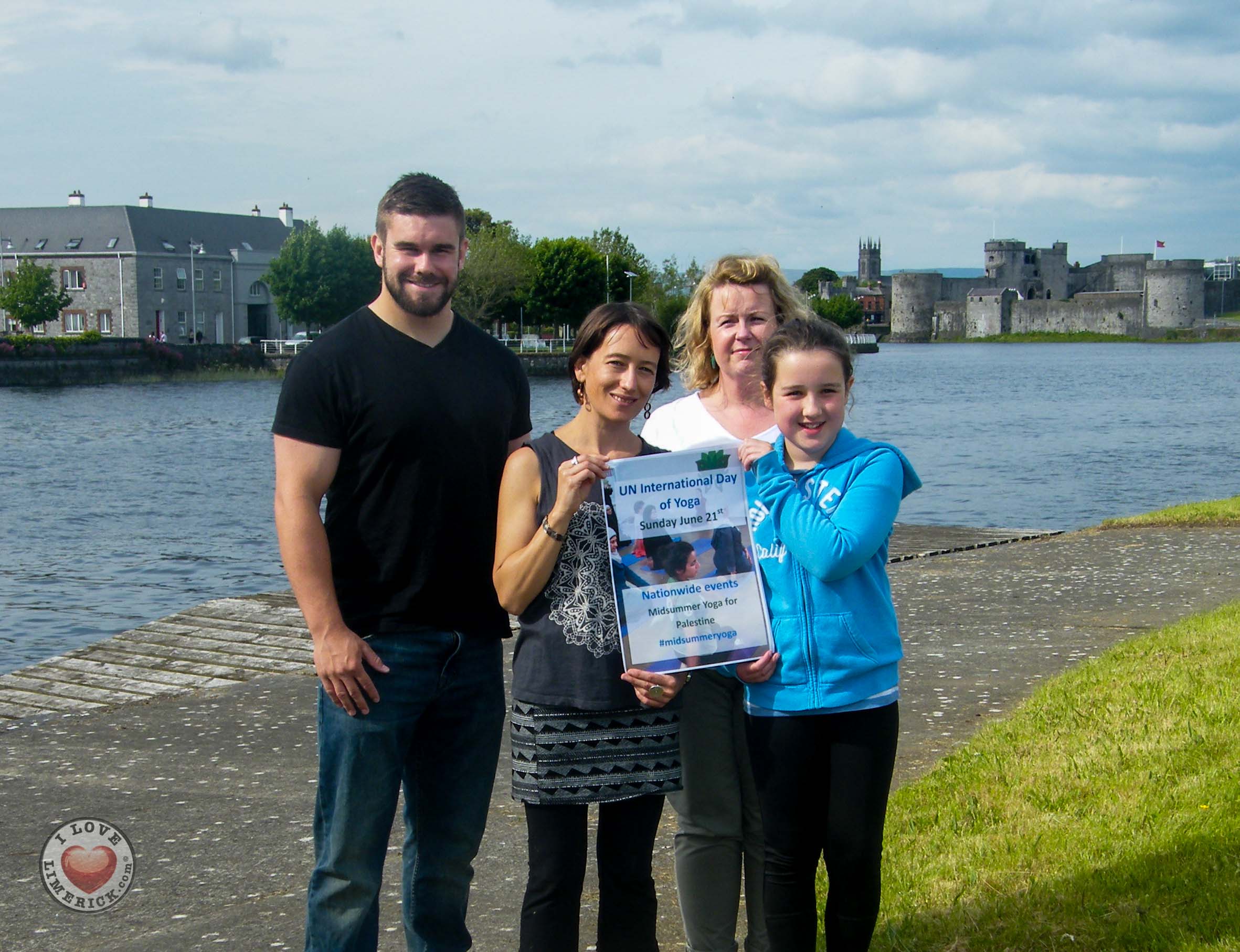 On Sun, June 21, Irish people will join millions worldwide to celebrate the inaugural UN International Day of Yoga, which aims to raise awareness of the many benefits of practicing yoga.

To mark the day in Ireland, Midsummer Yoga for Palestine is a nationwide series of yoga events, which welcomes people of all ages and levels of experience to roll out their yoga mats and support a positive humanitarian cause.  Events range from classes, workshops, kids yoga to taster classes in a number of areas throughout the country, including here in Limerick, Dublin, Cork, Galway, Bantry, Ennis and Drogheda with the aim of raising awareness and supporting yoga projects in Palestine.

The Limerick event is a traditional Summer solstice practice of 108 Sun Salutations and takes place in The Shannon Rowing Club on Sarsfield Bridge from 11am-1pm on Sunday 21st June.  At this Midsummer Yoga for Palestine event, teachers will be on hand to demonstrate so no prior experience is necessary and you can drop in and just do a few or complete all 108 sun salutations – there is no obligation and all are welcome.

Muireann de Barra, helping organise the Limerick event, said that there has been ‘tremendous support from the Limerick community’, and that people who have no interest in yoga can still help by donating: “Even if people are only interested in the humanitarian aspect of it, they’re more than welcome to drop in and make a donation”.

Duncan Casey, Munster Rugby player, showed his support in preparation for the day, holding a poster to promote the upcoming International Yoga Day on Sun, June 21.

The initiative is inspired by the story of Farashe Yoga Centre in the West Bank city of Ramallah, where over 25 Palestinian women have been trained as yoga teachers and are using yoga to bring healing, empowerment and social change to communities and refugee camps throughout the West Bank. Despite the ongoing restrictions of movement, a lack of resources and the risks of living under Military Occupation, women are finding ways to offer respite from the stresses of daily life to people of all ages.

The story of Farashe and these women was recently featured in a radio documentary, ‘Freedom on the Mat’ (Newstalk 106-108fm) which was produced by Limerick-based documentary maker Muireann de Barra who is one of the organisers of Midsummer Yoga for Palestine.  The original idea was to run a single event in Limerick, but as the level of interest grew it expanded further as de Barra explains: ‘The idea has grown well beyond expectations into a nationwide event and the women in Palestine are overwhelmed by the show support and solidarity from Ireland’

Since its’ foundation in 2012, Farashe Yoga has been inundated with demands for yoga classes from schools and refugee camps throughout the West Bank and sees the training of more Palestinian teachers as a vital next step. Proceeds from Midsummer Yoga for Palestine will go directly to the Farashe Yoga Centre in the Palestinian West Bank, where ongoing yoga teacher training and outreach projects can continue along with essential production of training resources and materials.

Check out the Midsummer Yoga for Palestine Facebook here

Check out the Midsummer Yoga for Palestine Twitter here

To read more about the UN International Day of Yoga, click here