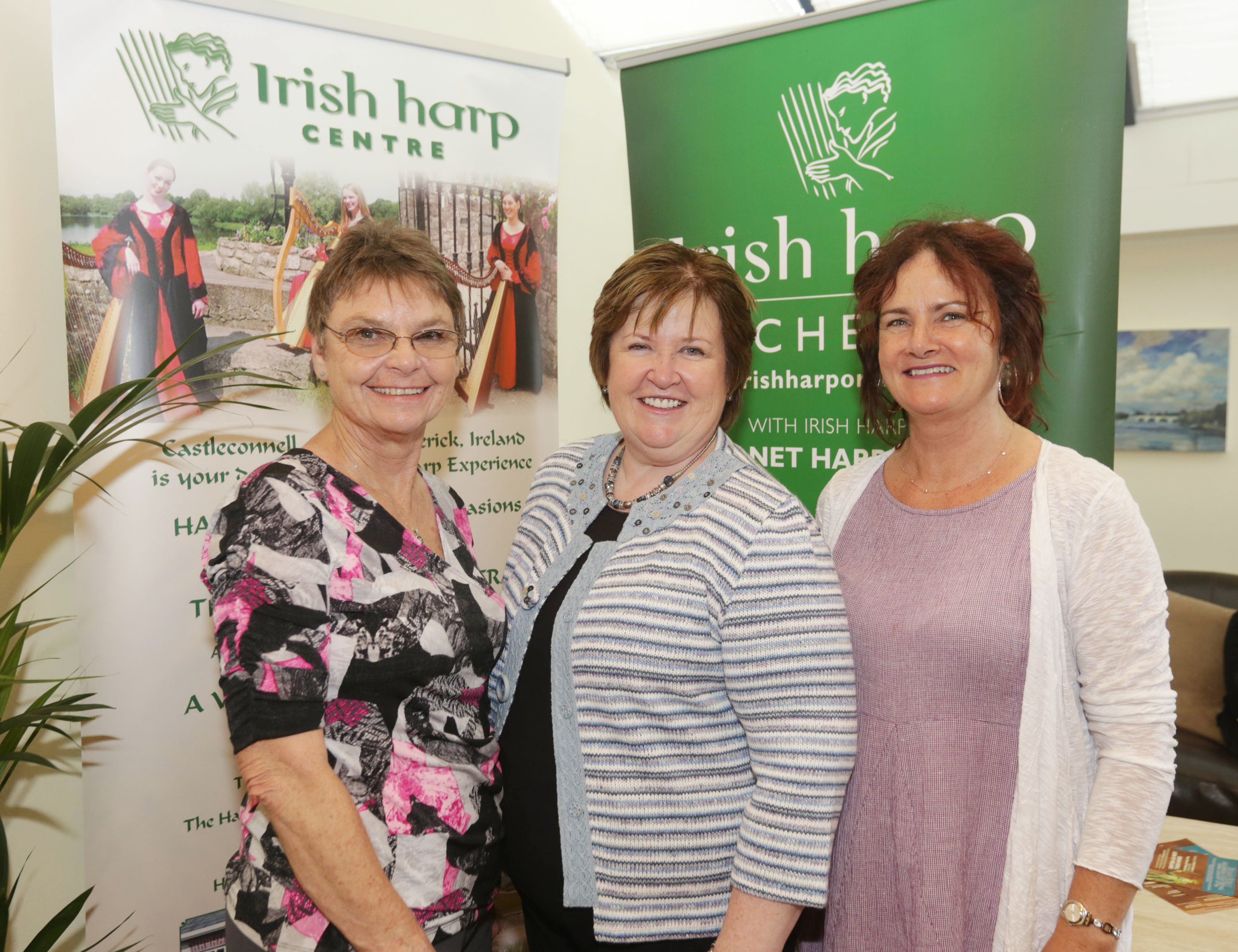 The Brian Boru Millennium Harp Festival will run from Monday the 18th to Sunday the 24th of August 2014.  It was launched Tuesday evening, the 5th of August by Mayor of Limerick, Cllr. Michael Sheahan at the Mayor’s Office in City Hall, Limerick. 2014 and will mark the 1,000th Anniversary of the death of Brian Boru, one of Ireland’s most renowned and heroic historical figures.

The Brian Boru Millennium Harp Festival, created by Janet Harbison and her team at the Irish Harp Centre, Castleconnell, Co. Limerick, is to honour and celebrate Brian Boru, his Harp and legacy.  The beautifully crafted ‘Brian Boru Harp’ is the harp of our national emblem. It was ‘discovered’ in Castleconnell in the 1770s, and restrung by the famous Antrim harper Arthur O’Neill who performed it while parading up and down Limerick’s O’Connell Street to ‘throngs of citizens of the city, all shouting and cheering’. The harp readily identifies Ireland worldwide, as it is used in the logos of national organisations, businesses, culture, tourism and heritage.  The music of Brian Boru’s March is also iconic – it is known to all players of all types of harp universally as  the first ‘real’ tune learned by Irish (or ‘Celtic’ / folk / small / lever) harp players the world over.

Doing the course of the week-long Festival, there will be six main concerts in St. Mary’s Cathedral, Limerick, with Irish, American, French and Italian Harp Ensembles and Solos. Four of these concerts (including the World Premiere) feature Janet Harbison’s new musical production; “Brian Boru, Lion of Ireland” involving over 100 harps, the massed Limerick children’s and adult choirs of Maire Keary-Scanlan and the Limerick Pipe Band. Each concert performance will start at 8.00pm, with tickets priced at €20.00 for the two International Harp Ensemble and Solo Concerts on Monday 18th and Wednesday 20th. Tickets are priced at €25.00 for the three evening concerts of “Brian Boru, Lion of Ireland” on Thursday, Friday and Saturday 21st – 23rd. A matinee performance specially for families Saturday 23rd at 3.00pm with tickets priced at €15 and €10 (under 16s) and family tickets (2 adults+2 children / 1 adult + 3 children) at €35. All tickets are available from www.BrianBoruMillenniu.com.

Launching the Brian Boru Millennium Harp Festival, Mayor of Limerick said, “I look forward to giving a big Limerick welcome to the Harp Ensemble of Agen, Bordeaux and the New England Irish Harp Orchestra from Boston and to express my enormous appreciation to all the participants, international and home-grown, who will perform at the Brian Boru Millennium Harp Festival – not forgetting the organisers who have worked so diligently to ensure the success of the event”

A Harp Summer School for all levels of playing ability takes place at the Irish Harp Centre in Castleconnell throughout the week. Also taking place at the Harp Centre on Friday 22nd August is a one-day conference – “Brian Boru, his Harp and Legacy” with renowned speakers Professor Pat Wallace, Dr Cathy Swift, Dr Rosemary Power, Sean Donnelly, Ann Heymann and Dr Janet Harbison herself among others.

The Festival Club with Late Gigs featuring solo players and small ensembles is in ‘The Loft’ upstairs in the Locke Bar every night Monday to Saturday from 11.00pm. For full details of the Festival, check out the website: www.BrianBoruMillennium.com or contact the Irish Harp Centre on 061 372 777 or email: [email protected].