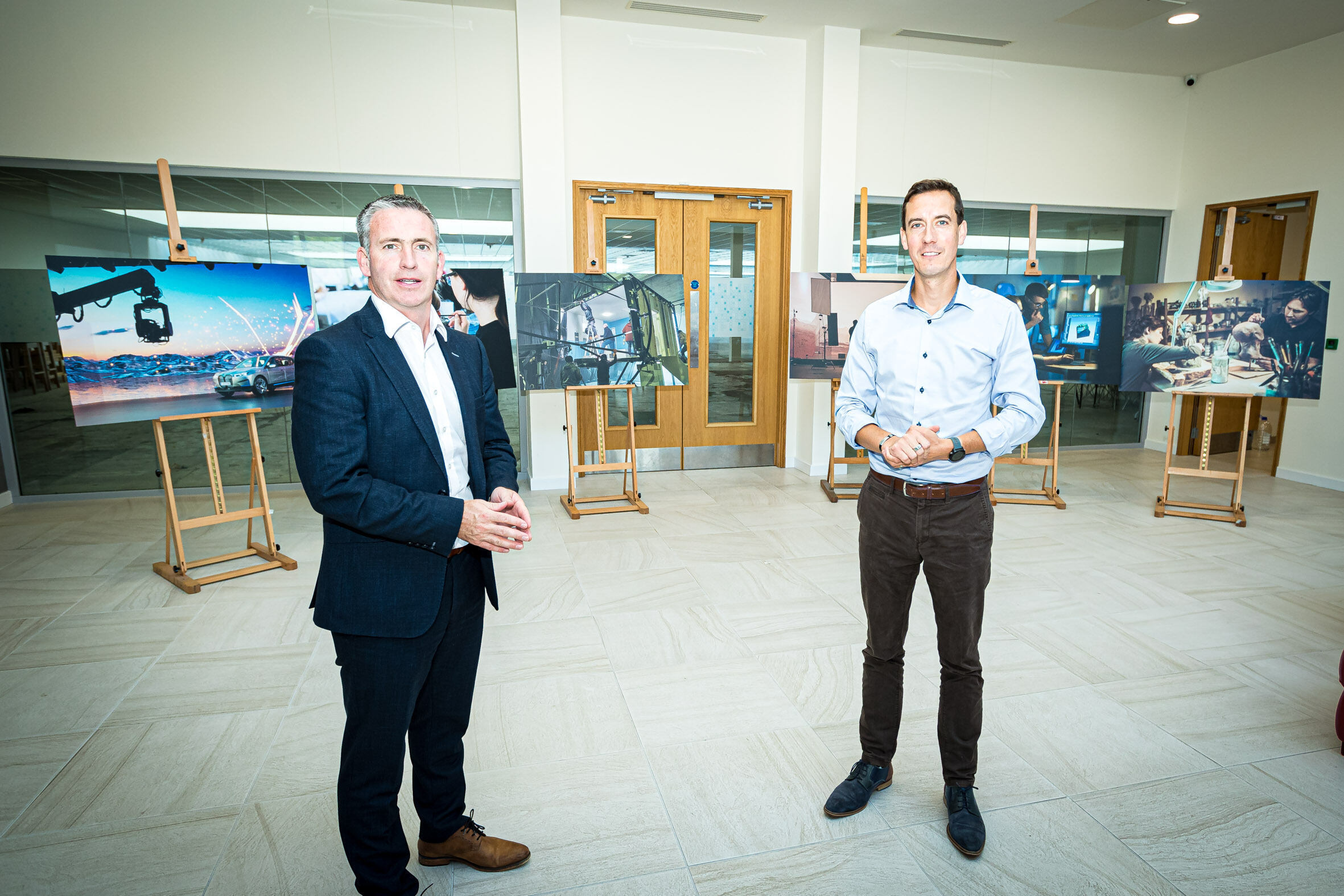 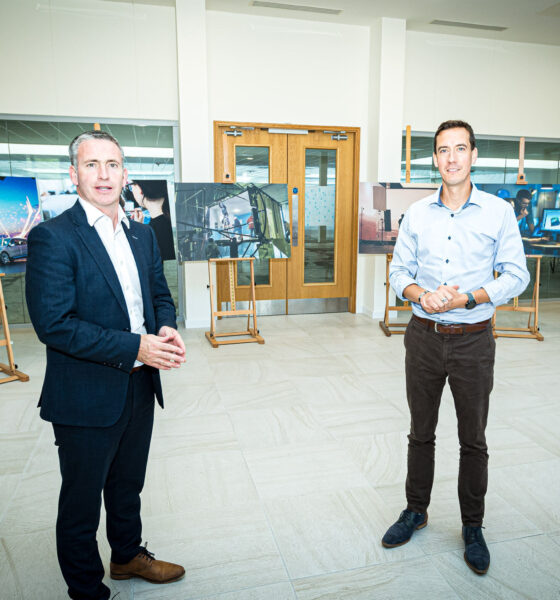 Limerick Enterprise Development Partnership (LEDP) this week hosted a visit by the Minister for Business, Employment and Retail, Damien English TD at its Roxboro campus. The Ministers’ visit coincided with a series of nationwide visits to meet Local Enterprise Office’s and, Innovate Limerick here in the city.

Minister English received a tour of the LEDP Campus and received an update of its new strategy and future plans, including the creation of a new remote working hub as part of Innovate Limerick’s connected ENGINE Hubs roll over the next 12 months. A Department of Rural and Community Development funded project, this hub will significantly advance LEDP’s enterprise creation within the local community. Separately, Minister English was briefed on an ambitious plan by LEDP, supported by Film in Limerick and other stakeholders in the region, to create Ireland’s first multi-functional Creative Industries Centre of Excellence. The project has the potential to create hundreds of jobs in this regeneration area and cement Limerick’s growing reputation as an attractive location for international film production.

Commenting on his visit to LEDP, Minister English said, “I was impressed to see the ambitious plans that LEDP have put in motion, it is obvious to me there is renewed momentum at the campus in Roxboro to further transform this community as it has done so well in the past. I look forward to seeing projects progress at LEDP.”

Chief Executive Niall O’Callaghan added, “I very much welcome Minister English taking time to visit LEDP today, this is an endorsement of our new vision and strategy and the potential impact our key projects will have on Limerick, both economically and socially. As a self-funded charity our community is at the heart of everything we do, and our partnerships with Innovate Limerick and others will be critical to our success.”

Head of Local Head of Enterprise and Innovate Limerick, Mike Cantwell said, “We were delighted to facilitate a visit form the Minister to one of our partners, LEDP today. Innovate Limerick has forged a strong partnership with LEDP, and we are committed to supporting one another in our goals to generate enterprise and employment across Limerick and in the case of LEDP, in a hugely important regeneration.

☀️ Great plans too for the LDEP pic.twitter.com/FQBlLEvWn6

Limerick Enterprise Development Partnership (LEDP) is now 22 years in existence and emerged from the ashes of the devastating closure of the Krups factory in 1998 with the loss of over 550 jobs. As a unique charity funded by its commercial property, LEDP has in that time successfully contributed to the social fabric of Limerick City South through job creation, training and education and is a key stimulator for enterprise development and regeneration. There are now 35 enterprises and 1,000 jobs on site at Roxboro with over €70M invested there since 2001. The new ‘Innovation Hub’ boasts a state-of-the-art training and education facility, and working closely with key education, industry and other stakeholders in the region, will continue to act as a beacon for future job creation.

As well as accommodating charities, state agencies and commercial tenants in the LEDP building, LEDP runs the Family Tree Crèche in Roxboro which it built in 2005, and owns the Market Field Stadium in Garryowen, which it redeveloped to a UEFA Category Two Stadium. LEDP has been synonymous with the ongoing transformation of Limerick supporting community projects and bespoke initiatives and is a co-signature of the Limerick Charter: Commitment to Cohesion and Convergence.

LEDP’s mission is ‘connecting people to opportunities through enterprise, education and upskilling, benevolence, and advocacy’. It recognises the need to achieve a balance between the benevolent role and the need to be commercially sustainable.

The vision is one of ‘realising the full potential of the people of Limerick’.

Every person, every place has the potential to be more. But potential needs a catalyst. A spark that moves potential from something that might be, to something that is. LEDP is that spark. A mission to help people see potential and realise it. To help Limerick help itself. To improve lives and futures. LEDP is vision, support, and the spark of action to find the potential within and move it forward. LEDP. Potential moves us.

Look for Local – Shop Leather, Luggage and Sustainability at Carews