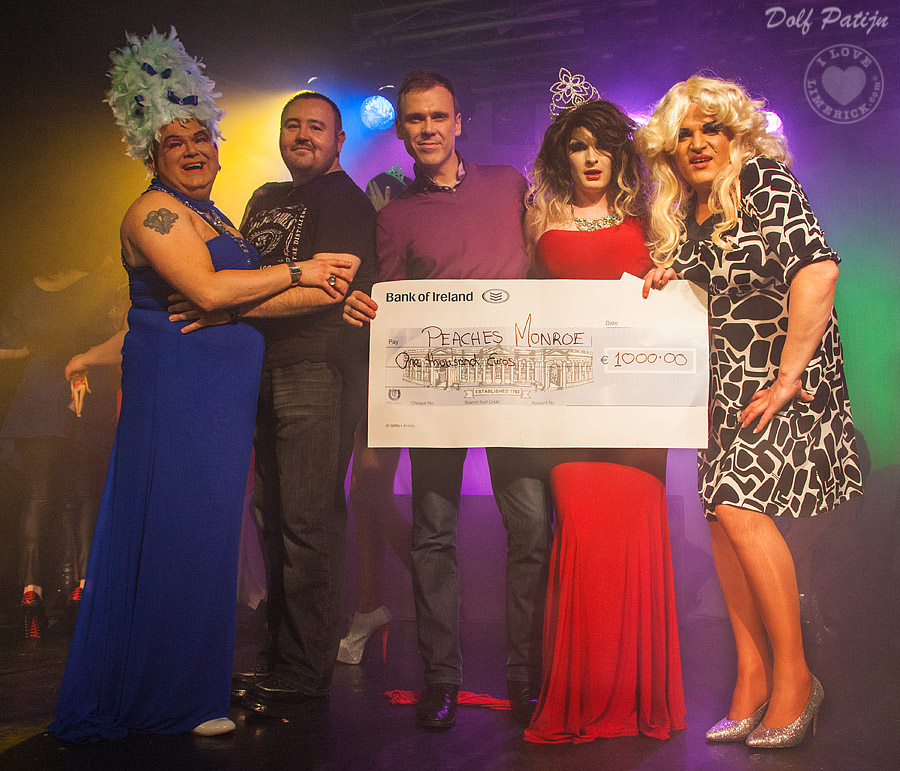 Ireland’s longest running one-night drag competition is back! Miss Drag Hens Den Ireland 2018 is back for their consecutive 6th successful year live from the award-winning Dolan’s Warehouse on Saturday, February 10!

Next weekend will see the brightest and best of Ireland’s Drag acts descend upon Limerick City with stilettos in hand, ready (as the incomparable RuPaul says) to Lip-Sync For Their Life! It will feature Queens from every corner of Ireland.

After being overwhelmed with the application entry, they have finally whittled it down, and recently on their Facebook page, 10 stunning Queens were revealed to contest in the show that will take place next Saturday, February 10 at Dolans, The Warehouse. The host of the evening will be the fabulous Limerick native, Miss Sheila Fitzpatrick who is making her highly-anticipated comeback to the Drag Hens Den team this year, after taking a break last year, “I’ve been involved every year apart from last year- be it hosting it, or one of the judges!”

There will definitely be plenty of glitter and sparkle on the night, and both long-time fans, as well as first-time attendees, will be sure to enjoy a night never to be forgotten. In previous years the show has been nothing but brilliantly visually stunning, as Ireland’s top Drag Queens take to Dolan’s The Warehouse.

Organiser & Founder, Paddy Doyle will be debuting as a judge for Miss Drag Hens Den Ireland 2018. Pictured here along with a contestant from Drag Hens Den 2014. Picture: Phelim Webb.

This year will be no different, as Miss Drag Hens Den Ireland 2018 comes back, with the best Queens, and more wonderful performances.

host and some very talented judges in their own rights. Founder and organiser of Miss Drag Hens Den, and founding chairman of Limerick Pride, Paddy Doyle is making his debut as a judge in Miss Drag Hens Den Ireland 2018.

Having always had an avid interest in drag because of the performance and glamour, Doyle says Drag is an art in itself. As the founder and organiser, Doyle has been on the producing side of the show over the last 6 years but now feels he is ready to reside on the judging panel for the event next Saturday, as he’s seen it all over the last number of years.

Speaking to ilovelimerick about the last 6 years of Drag Hens Den, Paddy tells of how the event has gone “from strength to strength,” and explains that the event was formerly known as Gods of Drag for a year before the more fitting name of Drag Hens Den came about.

As a judge on the night, Mr. Doyle will be looking for the contestant that can, “Engage with the main Queen on stage,” and who can show their fun and engaging side on stage.

The host of the evening, Sheila Fitzpatrick agrees with Mr. Doyle, and says that “the most important thing is to entertain the audience.” Secondly, the hostess believes that contestants have “to have a little more… have to have the personality. A lot of them nowadays don’t seem to have that.”

Fitzpatrick is one of Limerick’s most-loved drag artists and says she started with different types of performances throughout the years and when she saw Panti Bliss hosting Alternative Mr. Limerick one year, she fell in love with the performance of Drag.

Contestants for the infamous Drag competition include ladies from all over the country, of all levels of experience. These include first-time DHD competitors Dubliner, Kaya Duchanne, and Belfast’s Gemini Golita.

Duchanne has said on the official Drag Hens Den Facebook page that she believes drag to be, “an underestimated art”. Though this is her first year competing in Drag Hens Den, the Dublin born 19-year-old has competed in shows such as The Ringmasters Drag Race and Opportunity Frocks, where she made the top 5. Her interest in drag started through art when she would draw portraits and pictures of Kaya at the age of 12. When she finally discovered drag, she realized “that drag held so many things merged together that I completely felt at home with.”

Duchanne has said that she hopes that the audiences will get her performances in Dolans on Saturday, as she tends to do drag a little differently and wants people to understand her perspective.

Gemini Golita, has only been competing in drag for 6 months, having first performed in Opportunity Frock 2017 in August, along with fellow contestant Duchanne, as well as Holly Go Heavily and Nikkie Stones. Even though it was her first competition, Golita made it to the final and placed 3rd overall. Through this competition, Golita says how she met Duchanne, Heavily and Stones and the four of them formed a friendship quite similar to “a little sisterhood.”

Speaking about her preparation process, “My preparation is planning ideas and creating… I might spend months developing a concept in my head and then just buy everything and go perform without a rehearsal.”

“This competition is also different because we were only told about 1 month ago we were a part of it, so it’s not that much preparation time… Opportunity Frocks was about 4/5 months, so it’ll be interesting to see what [everyone] comes up with.”

Miss Drag Hens Den Ireland 2018 returns to Dolans, The Warehouse on Dock Road, Limerick Saturday, February 10 for its 6th successive year, and this year boasts to have more comedy, death drops and wig snatching. Tickets will be on sale at the door, at a cost of €15. Doors open at 9.30pm