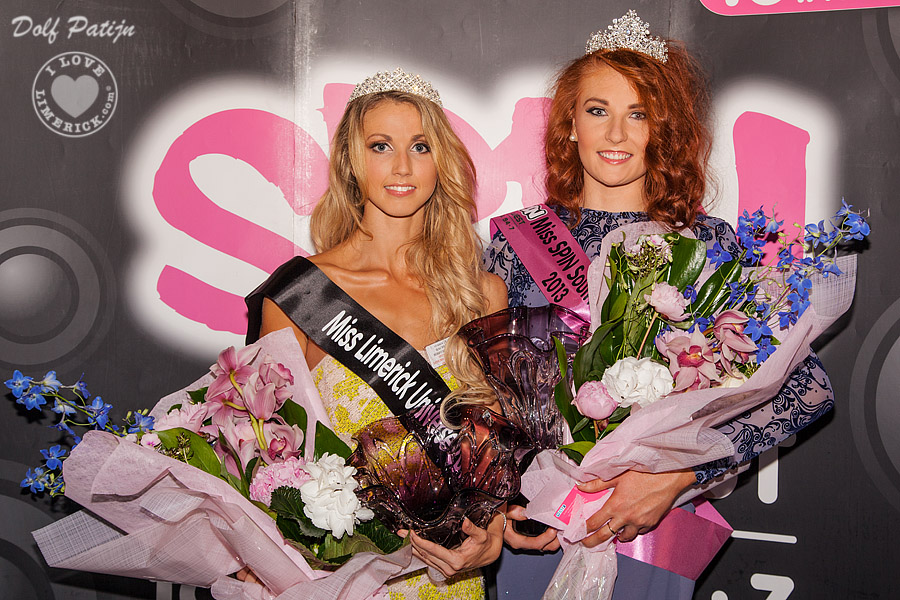 Photos by DOLF PATIJN for WWW.ILOVELIMERICK.COM. STANDARD DISCLAIMER – Sharing of images online by Dolf Patijn in no way licences the use of said images without the express agreement from Dolf Patijn or representatives. 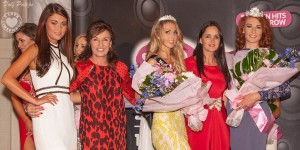 A FORMER champion Irish sprinter has ran away with the Miss Limerick title! Rachael Birdthistle from Lisnagry woke up to the sight of fresh flowers, a tiara and a sash by her bedside on Wednesday morning having been crowned the winner of the beauty pageant at the Strand Hotel on Tuesday night. “I’m still in shock. I’m delighted though. I am getting texts and calls all morning,” smiled the 21-year-old who celebrated her win with the other contestants in the Bailey Bar and Icon nightclub. A fitness fanatic, Rachael has just finished her course in exercise and fitness at the University of Limerick. She currently works as a fitness instructor in Energize, the health club at the Strand Hotel. Her toned physique, she explained, is down to a change in diet and lifestyle over the past two years, during which time she has lost two stone in weight. “I used to be a sprinter, I actually ran for Ireland. I have always been interested in fitness,” said Rachael. Unfortunately, two and a half years ago, Rachael sustained an injury, which prevented her from running competitively. As a result, she began to put on some weight. “When I stopped sprinting, I stopped going to the gym and exercising so I put up a little bit of weight. I lost it when I started teaching fitness classes and I started to watch my diet more,” she said of her lean new look. With no modelling experience, the blonde beauty who stands at 5’ 8” decided to put her name forward for the competition having seen it advertised. “Everyone was saying I should enter it,” she smiled. Her family, she said, are thrilled that she won. Her mum Mary is “over the moon” and the good news is also being celebrated down under in Australia where her sister Deborah is based. Rachael’s dad George is a well-known business man – he one of the owners of the theme park, Funderland. A former student of Castletroy College, Rachael would love to follow in the stiletto steps of Rozanna Purcell, a former Miss Ireland. “She is stunning,” she said of the model. “Since winning Miss Ireland she has become very successful. She would definitely be what I aspire to be.” Rachael shared the spotlight on Tuesday night with Tipperary girl, Hannah McMahon, who was crowned Miss Spin South West. The girls will now go on to represent the region at the Miss Universe Ireland competition in Dublin in the autumn. “We had a great night,” commented organiser, Celia Holman Lee. “We are delighted. Andrea Roche [model agent and judge] thought the standard was fantastic. The girls will fly the flag for Limerick in Dublin next September competing for Miss Universe Ireland.”