By Richard Lynch on February 6, 2019@richanthon

On February 8 John Murry makes a welcome return to Limerick. He will be a special one-off Irish show ahead of a tour of Italy and the USA.

In 2012, Murry released the critically acclaimed,’The Graceless Age’. Having been on our radar for a few years due to his collaborative work with Bob Frank, nothing could have prepared us for the opus that followed. The Graceless Age was an accomplished and riveting piece of work and heralded the arrival of a solo artist of considerable note.

The album was hailed as a masterpiece by many, and that year topped end of year polls in several magazines and on several reputable music websites. It seemed the world was his oyster, but then, as a result of various personal issues, there followed a period of minimal production and sporadic live shows. Until he finally returned with a follow up to ‘Graceless’ some five years later. 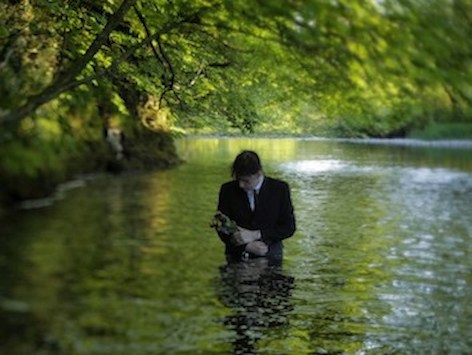 In 2017, he returned with the much anticipated ‘A Short History Of Decay’ An intensely personal document of an artist’s fall from grace, containing all the tragic elements of a Southern Gothic novel: the revelations of a man coming to terms with the personal shortcomings, the flaws and the perverse twists of fate that led him to the end of one journey and the beginning of another. Originally hailing from the birthplace of the blues, Murry settled in Kilkenny a few years ago, an eventually becoming an Irish citizen and found some ground as part of the thriving arts community there.

John Murry is an authentic and captivating songwriter, full of raw, honest and painful self-reflection. His work is at times desolate and hopeless, but there’s a blurred promise that permeates through it. His excavations allow the listener to delve deep within their soul, you may not like what you see, but become attentive to the world around you, and it’s a beauty that wins out in the end.

In the melancholia, there’s a hazy glimpse of hope that ultimately uplifts. His live performances are intense and transcending experiences, he is truly one of the most compelling singer-songwriters working today. Don’t miss this isolated Irish performance before he heads on a tour of Europe and the USA this Spring.

Support on the night comes from local singer/songwriter Andy Mooney, and DJ Tom Prendergast will be spinning till late after John Murry’s performance.

Tickets available from The Commercial and at the door – €10