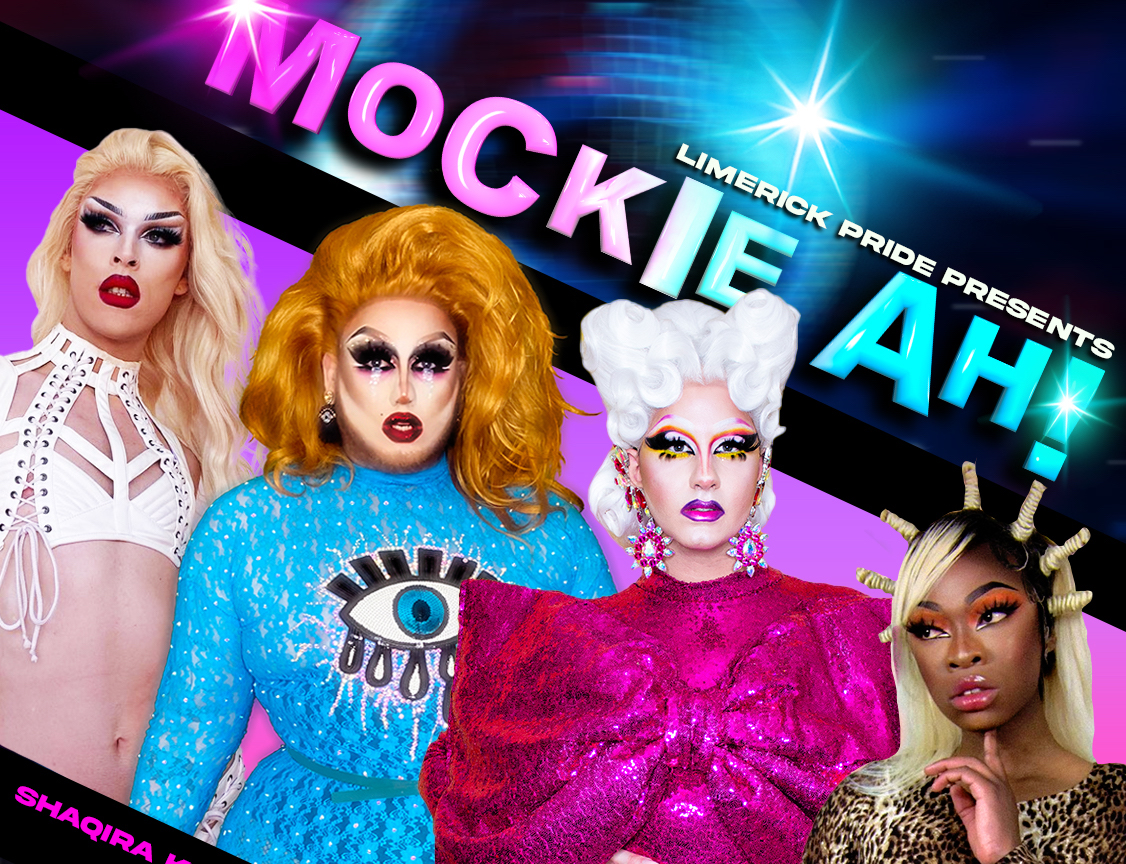 ‘Mockie Ah’ on Thursday, July 7 and ‘Dragged to Brunch’ on Sunday, July 10

Mockie Ah, Ireland’s largest Drag Haus and queer collective, is a celebration of all things camp, queer, nostalgic and oh so very Irish. It is a safe space where everyone is welcomed, loved, embraced, and covered in glitter!

The first Mockie Ah at House event for Limerick Pride 2022 is legendary club night ‘Mockie Ah’ on Thursday, July 7 at Amber Nightclub from 9 pm. The event will feature Candy Warhol, Lavender, Shaqira Knightly and Viola Gayvis and a plethora of special guests for a massive club night.

The legendary Haus was founded in 2017 as a response to the lack of queer spaces by leading Irish drag artist Candy Warhol (Comedy Central’s Dragony Aunts), who will be hosting the House events.

The Cork City-based collective has gone from strength with regular national cabaret shows, club nights and appearances across Europe. In 2019 the queens were featured on Ireland AM’s pride special and in 2021, a critically-acclaimed documentary focusing on the group, ‘Kin Of Kweens’, was broadcast on RTÉ. The group was later featured on BBC’s Travel Show where they were highlighted as a top Irish tourist attraction.

Limerick Pride LGBTQ Festival 2022 will be taking place starting from Monday, July 4 until Sunday, July 10 with the Parade on Saturday, July 9and will feature a multitude of events from workshops, support meetings and discussions to evenings of music and club nights, to cater to the Pride needs of everyone. The theme this year is ‘Pride is Culture’ to shed light on the joy and resilience of artists and cultural creators within the LGBTQIA+ community.

To book tickets to the July 10 brunch event go HERE

Concert at Wickham Way honouring the Irish Soldiers of Mexico