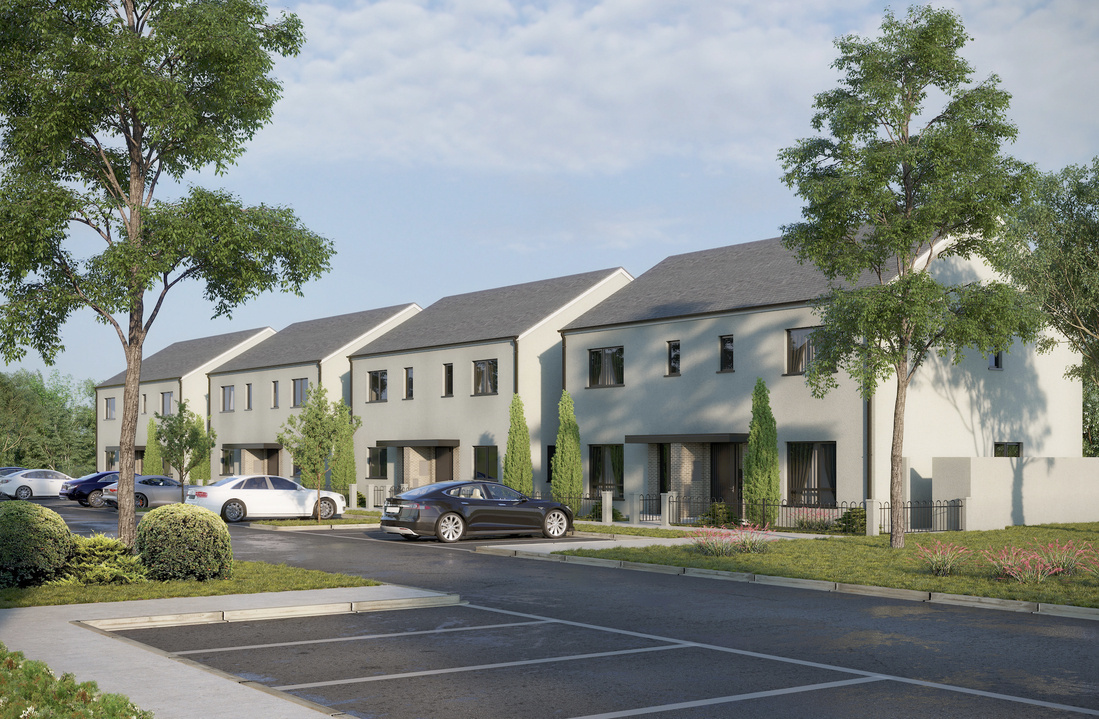 Two ‘modular’ houses which were partially pre-constructed in a Southill factory have arrived in Moyross, where they will be placed in the footprint of previously demolished houses.

The units are part of a 38-home project delivered by Clenn Construction, initiated by Limerick City and County Council and the Peter McVerry Trust.

Twenty-four of the two and three-bedroom homes will be in Delmege Park and Hartigan Villas, Moyross, with the remaining 14 in Carew Park, Southill.

Clenn Construction was founded by Limerick man Michael Benn, who built a construction empire in New York after emigrating 50 years ago. He and his son Patrick have returned to Ireland with the aim of using their modular technology to address the national housing crisis.

“At current capacity, we can build 1,700 houses a year, but we are ready to scale up to meet the demand in Limerick and nationwide,” tells Patrick Benn.

“The demand is unprecedented and I believe we are offering a solution that speeds up the supply of houses, while also reducing costs.”

Explaining how the high-speed modular process works, Mr Benn says, “What we do is we build the house in our factory. It’s built as a series of timber-framed boxes. So, for example, a bathroom: everything for this is assembled in one box. The bath, the tiles on the floor, everything will be assembled in one box inside in the factory. Then it gets wrapped, made watertight, put on a lorry and dropped off with the other boxes that make up the house.

“Meanwhile, the concrete foundations have been laid for the house on site. Then the boxes are craned in and dropped onto the foundations. We bolt all the boxes together, permanently fixed down never to be moved again. Then we do the inside – plaster the ceiling, connect electrics, do the plumbing and it’s ready. All in under three weeks.”

The construction company also works with Limerick City and County Council’s regeneration programme, training people from disadvantaged area’s in the hope of providing them full-time employment.

“This process is a solution to the housing crisis on the one hand, and it’s also a means of providing employment to skilled tradesmen and women – roofers, tilers, plumbers, machine operatives – and training for people from disadvantaged areas,” explains Mr Benn.

Commenting on the project, CEO of Peter Mc Verry Trust Pat Doyle says, “The 38 homes that we are building here are very much in keeping with our specialisation as an organisation, as most of the homes we deliver are linked to urban regeneration.”

“All the people housed in these new homes will be coming from the local authority housing list and become tenants of Peter McVerry Trust.”

The project is expected to be completed by December 2021.

We had a busy few days with all the team. great to see houses finally going up. #teamworkmakesthedreamwork pic.twitter.com/epEJkDTUWn