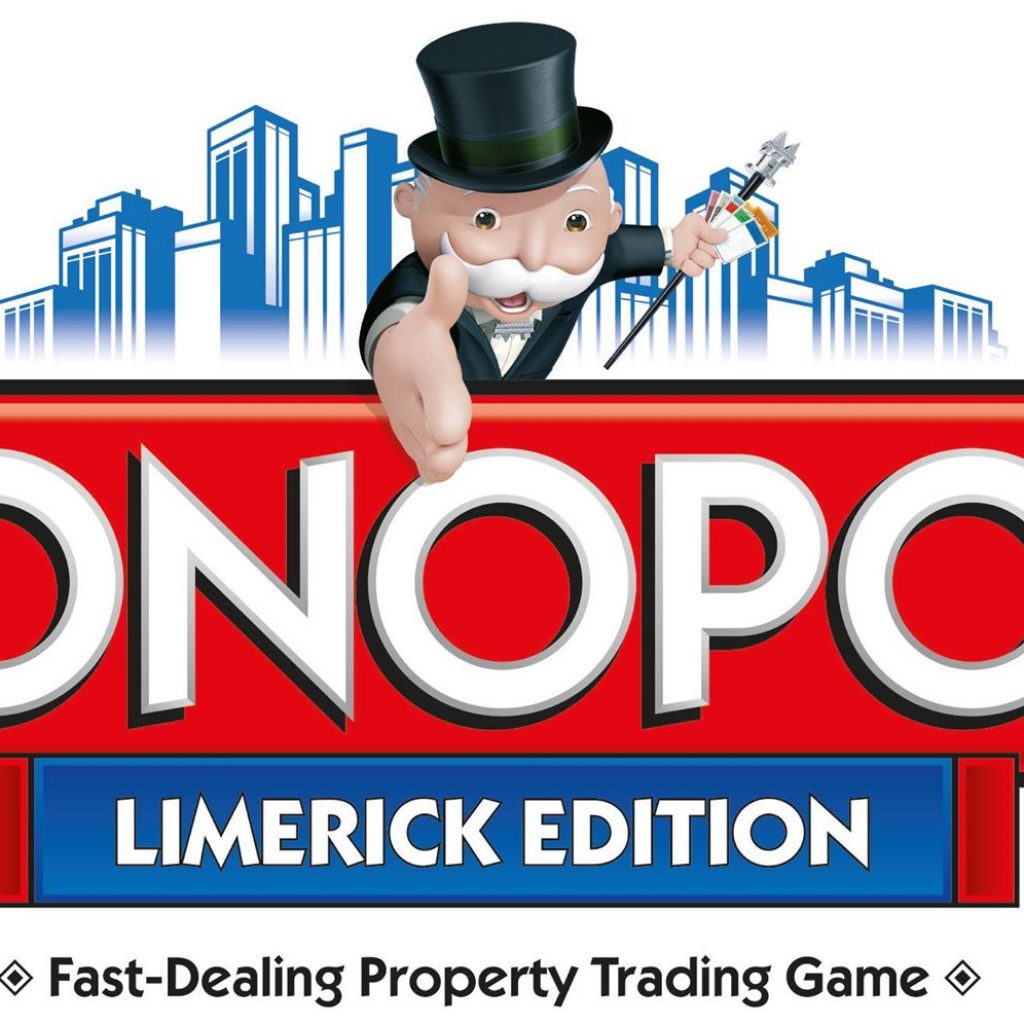 Monopoly Limerick VIP – The new MONOPOLY board for Limerick will be launched in October in time for Christmas, it is announced today.

And one lucky Limerick resident is being given the chance to be a Monopoly Limerick VIP – a Very Important Player – for the day, to celebrate the launch. They will get to open and play the very first board to roll off the presses, as well as receive a signed game from all those who feature on the board.

The game will feature the “great and good” of Limerick, says Winning Moves UK’s Jake Houghton who adds: “We are sure it’s the ultimate celebration of Limerick – past, present and future.” Mr Houghton is a Games Executive at Winning Moves UK, makers of the MONOPOLY: Limerick Edition board under official license from Hasbro. He adds,

“We could have filled the squares 30 times over – in the end around 30 Limerick landmarks will take over the legendary London streets and addresses made famous on the original London board from Mayfair to Old Kent Road.”

To be in with a chance of being the Monopoly Limerick VIP for the day just email [email protected] on “Why I should be a Limerick VIP”.

The board will feature around 30 Limerick landmarks on the MONOPOLY squares. When it was announced in April that Limerick is ‘Passing GO’ many landmarks were reported as being likely to appear including Munster Rugby, King John’s Castle, the River Shannon and The Hunt Museum. As well as landmarks in the city and county, two charities will also feature on their own squares following a public vote. In addition to the customized squares, the Community Chest and Chance playing cards will be Limerick themed as well.

Read more about all things Limerick here.
For more related stories on Monopoly Limerick by I Love Limerick, click here