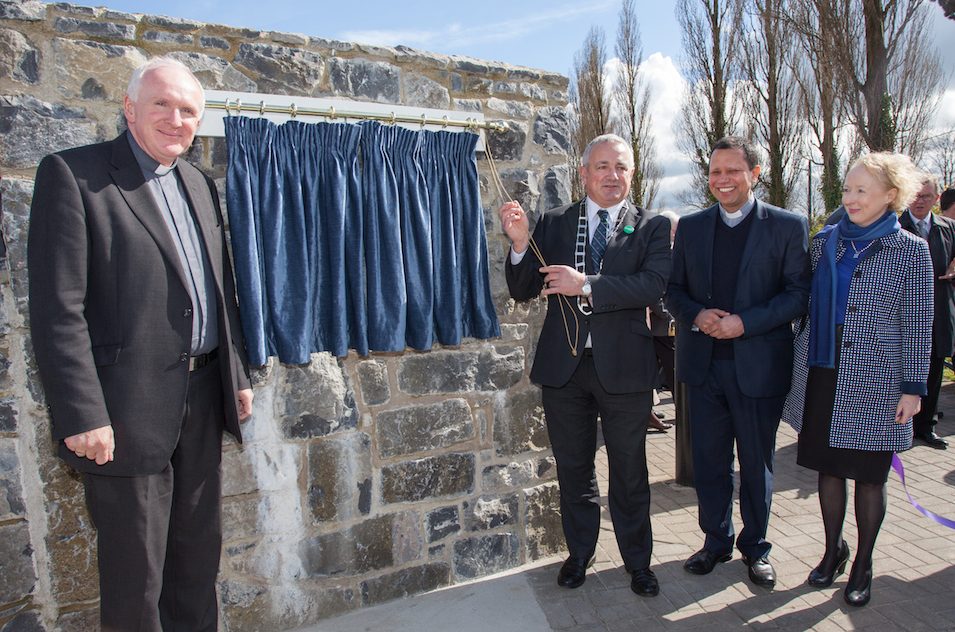 One of Ireland’s largest cemeteries, Mount St Lawrence Cemetery in Limerick City has been expanded with the addition of 675 additional grave spaces.

Councillor Jerry O’Dea, Mayor of the Limerick Metropolitan Area was joined by Bishop of Limerick Brendan Leahy and Dean of Killaloe Rev. Gary Poulsen for the official opening of the cemetery extension, which also includes public car parking and a cemeteries office and store.

The contractors for the new Extension were Nautic Building Company Limited of Abbeyfeale (construction work) and Punch Consulting Engineers.

“The new facilities will enhance Mount St Lawrence Cemetery, which is one of the five largest cemeteries in Ireland and forms a key part of the social history of Limerick. The cemetery has an important place in the lives of people of Limerick since the first burial took place there in 1855,” said Mayor O’Dea.

“I wish to acknowledge the three local funeral undertakers, Cross’s, Griffins and Thompsons, who have worked closely with Limerick City and County Council in arranging an estimated 150  funerals in this cemetery each year” he added.

As part of the official opening ceremony, Bishop Brendan Leahy blessed the memorial stone, which was erected in the cemetery by the Limerick Diocese to commemorate all babies buried in Mount St. Lawrence Cemetery.

Located in the South Liberties, the cemetery has been the primary place of burial in Limerick City for all strata of society since its opening in the mid 19th century. Its development was initiated as burial ground capacity elsewhere in the city was placed under pressure following cholera epidemics in the 1830’s and the Great Famine in the 1840’s. An extension to Mount St Lawrence was opened in 1960. The management of Mount St Lawrence Cemetery was transferred from the Church to the Limerick City Council in 1979.

The cemetery contains many fine monuments including the Manchester Martyrs Memorial (1887) and the high Cross of the Republican Plan (1934). One of the most prominent features of the cemetery is the late Victorian Mortuary Chapel where bodies were once housed there before funerals. Limerick City and County Council, in partnership with Limerick Civic Trust, recently carried out emergency repairs to the mortuary chapel. The Local Authority and Limerick Civic Trust, supported by Community Employment (CE) Programme workers, is also carrying out conservation works to old head stones.