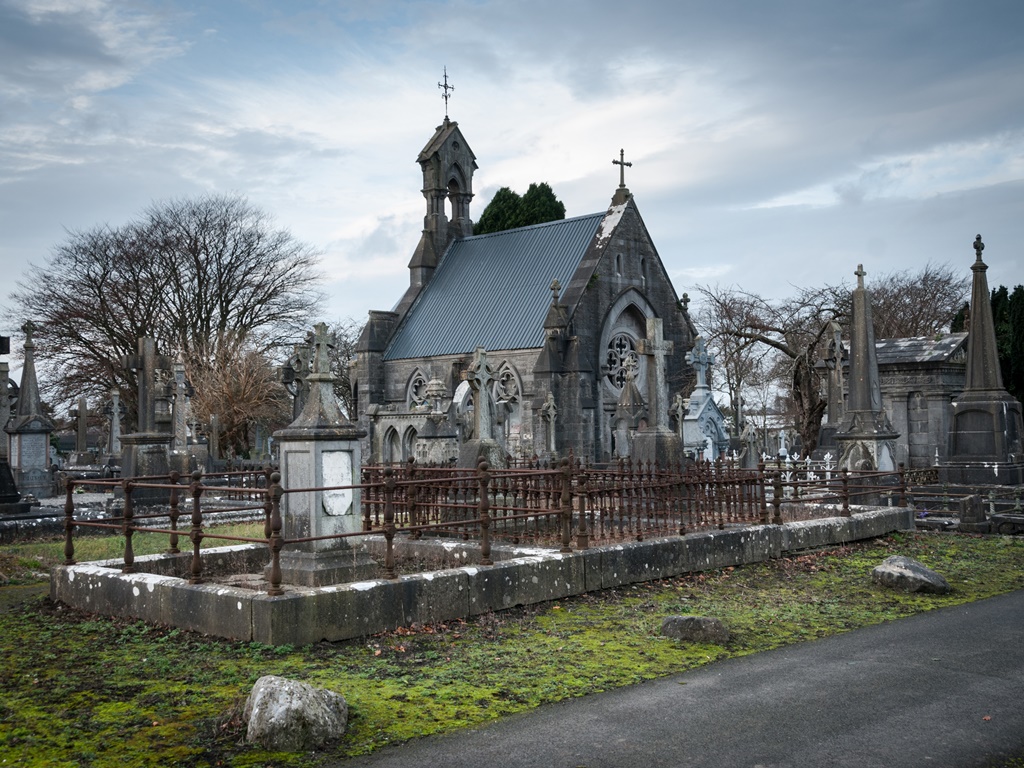 Limerick City and County Council has entered into an agreement with Limerick Civic Trust to carry out conservation works to the Mortuary Chapel and also to clean and repair old headstones marking the graves of some of the estimated 70,000 people buried throughout the 18-acre site.

Mount St. Lawrence has been the primary place of burial in Limerick City since its opening in 1849.  The management of the cemetery was transferred from the Church to the Limerick City Council in 1979.

The conservation works are being supervised by Limerick Civic Trust and will be carried out in phases by a Community Employment Scheme (CES). Murroe-based Architectural Conservation Professionals (ACP) are the conservation consultants for the project and are also engaged to provide training to the workers on the project.

Kieran Lehane, Director of Service, Limerick City and County Council explained: “Mount St. Lawrence Cemetery is the location of the final resting places of many of our citizens and therefore, it is only fitting that every effort be made to maintain the site and its many thousands of graves.”

Mr. Lehane noted that there are a large number of headstones in need of repair in the cemetery. Works presently underway include the cleaning of headstones, removal of vegetation growth and cleaning around the ironwork of individual gravesites.

Mount St Lawrence Mortuary Chapel, which was built by the trustees of the cemetery in 1868-69, is also undergoing works. The current phase consists of removal of vegetation growth, repairs to the roof covering the apse, slating of apse roof, masonry works and pointing, cleaning out of gullies and drains.  The interior works include repairs to altar railing, paintwork.  In addition, the Council has received approval for a small grant for specific works to the chapel under the Built Heritage Jobs Leverage Scheme, which is funded by the Department of Arts, Heritage and the Gaeltacht.

Mount St Lawrence Mortuary Chapel is regarded as one of Limerick City’s most historically important buildings. It was designed by the English Catholic architect George Goldie who also designed altars and other internal fittings for the Franciscan, Dominican and Redemptorist churches in Limerick.  In addition to having a very ornate exterior, the Mortuary Chapel contains impressive mosaics.

The chapel was used for funeral or memorial services, to house remains overnight and for the burial of priests, 20 of whom are interred in its vault.  Mass was celebrated there on a weekly basis until it was closed in the 1970s and the Mortuary Chapel has not been  available for public access for a long number of years.

“The conservation works are being carried out on a phased basis and it is expected that the complete conservation of the Mortuary Chapel will be carried out over a number of years.  The Council is currently considering possible future uses for this chapel,” concluded Mr. Lehane.