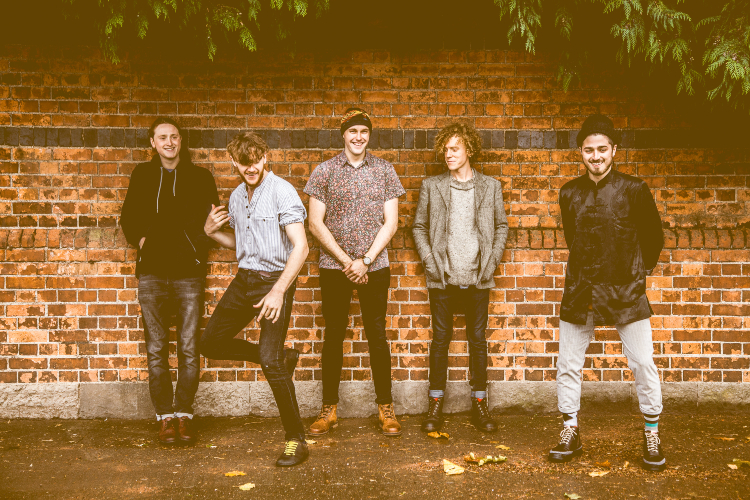 Moxie released their EP in 2012 and since then have been developing the band’s sound and original compositions.

Dolans Presents have announced the Limerick return of Moxie, the five-piece instrumental traditional fusion band. Hailing from Sligo and Limerick the band has become known for delivering an energetic, wild and unique live show.  The band has been inspiring audiences and musicians with their new palette of 21st century Irish music since 2011 and will return to Limerick to play Dolans Warehouse on October 2nd.

Since their debut album Moxie has been busy touring internationally. Highlights include their performance at the Hanoi Opera House, Vietnam, and tours in Australia, Europe, and North America. This year saw them invited to perform their compositions with RTÉ National Symphony Orchestra in the National Concert Hall.
Hot from the summer festival season where they performed at the likes of Body & Soul and Electric Picnic, Moxie return to the venue circuit for a series of Irish gigs. Moxie crafted their intricate acoustic Irish music into a fresh Urban Style and now presenting their genre-defining, boundary-busting Neo-Irish Music to the world.
These five young lads with traditional backbones deliver a fresh new brand of Irish music heavily influenced by Indie, Electro, Jazz, House, and Rock putting them at the forefront of Irish music. The band originated following friendships developed from playing together at various traditional festivals around Ireland. Their début gig at Sligo Live in October 2011, resulted in them becoming a serious professional outfit.
Moxie released their EP in 2012 and since then have been developing the band’s sound and original compositions. Their music has a solid traditional backbone. Jazz, rock, bluegrass and world music rhythms and harmonies are creatively structured around this base treating the listener to layers of rich and intricate sounds as the band delivers a punchy program of both their own compositions and old tunes with a new emerald vibe.
The band includes Jos Kelly (button accordion/keyboard/Moog), Darren Roche (button accordion/percussion/keyboards), Ted Kelly (tenor banjo/electric tenor guitar) Josh Sampson (drums) & Cillian Doheny (tenor banjo/guitar/electric guitar.

Moxie will play Dolans Warehouse on October 2, 2019. Tickets are on sale now and can be purchased online or instore at Dolan’s Warehouse.

For the latest Music and Concert stories click here.