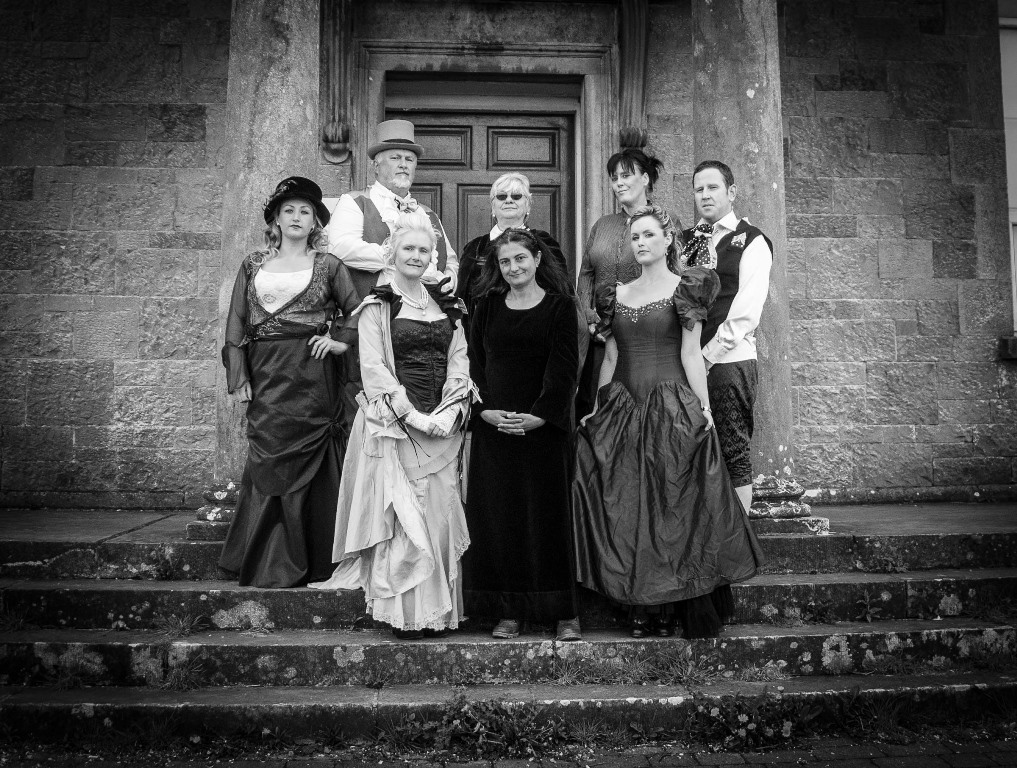 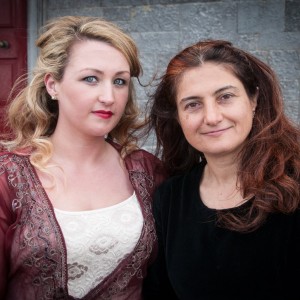 Leanne O’Donnell as Lavinia and Lucia Brunetti as Isabella

In September 2014, Moyross Residents’ Forum invited Monica Spencer to begin a weekly drama workshop.  Since that time, a group of eleven regular members have attended the weekly workshop in Corpus Christi School and the result of all of these workshops is  ‘Saving the House of Delmege’. Monica Spencer said ‘I have been working with this group since last September  and I can honestly say I have never enjoyed a rehearsal setting as much as this one.’

Saving The House of Delmege is the first performance from the newly formed Moyross Community Drama. An hilarious costume drama, set in Limerick the early 1900s, featuring eleven extremely enthusiastic cast members who will deliver what promises to be an hilarious melodrama – each actor playing a role that has been created around their own strengths and characteristics including Carrie Barrett, Lucia Brunetti, Majella Conway, Ursula Dundon, Sheila Fitzpatrick, Philip Hackett, Ger Purcell, , Leanne O’Donnell, Conchi Ortiz.

The play is about Lady Constance Delmege, who is faced with mounting debts from her late, philandering husband’s ancestral home,  and desperately wants her only daughter to marry into money, even if it means marrying Norbert, the foppish son of the ‘new money’, neighbouring Caulfield estate.  What unfolds is a story filled with twists and turns, trickery, promiscuity, social climbers, an Italian count and A Sulky!

Audience numbers are limited to fifty for each performance so booking is essential. This is one of the many community based drama initiatives taking place in Limerick at the moment. Support for this initiative has come from the PAUL Partnership, Limerick City and County Arts Office and from LCETB.

Further performances will take place in Moyross in September/October with details of dates and venue to be announced.