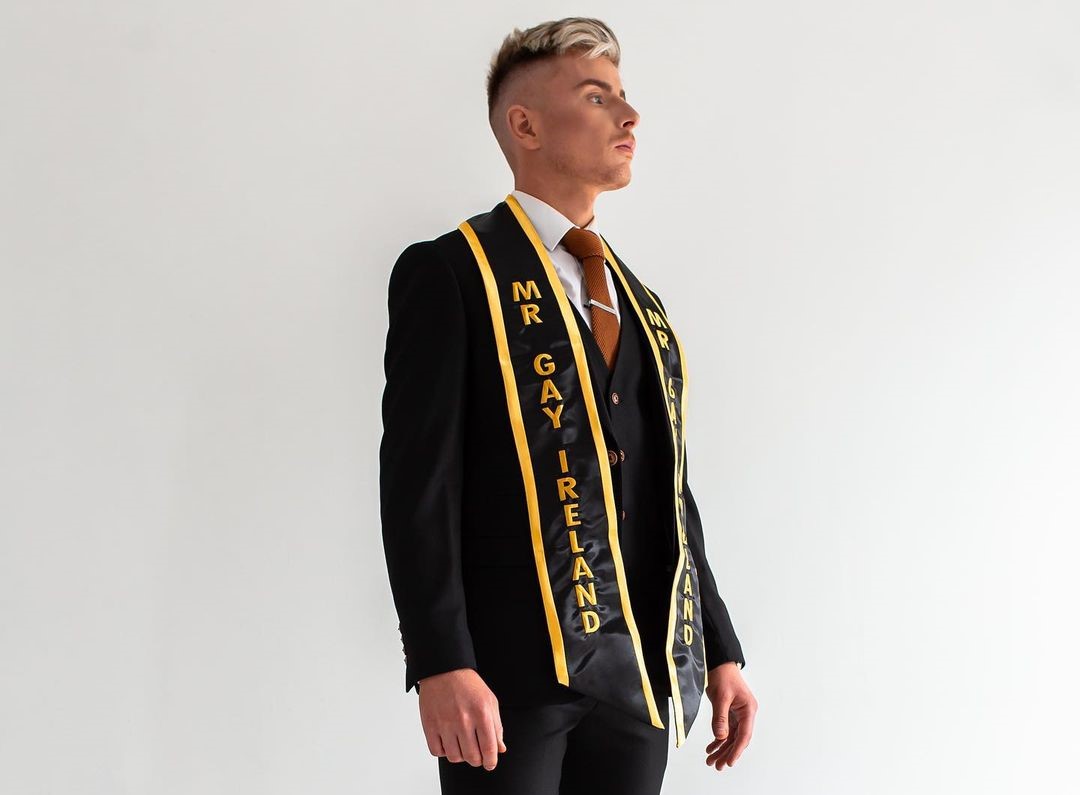 Lorcan is up against 9 other contestants from all over the world.

Lorcan was crowned Mr Gay Limerick in 2019 and Mr Gay Ireland in 2020, and is hoping to add the title of Mr Gay World to his collection in 2021.

“As I embark on my next adventure to Mr Gay World 2021, my main aim is to ensure I proudly represent our beautiful community on the global stage. The event takes place virtually on Saturday, October 23 and Saturday, October 30, and the public vote is open. I would really appreciate the support, and thank you all in advance,” Lorcan said.

He is up against 9 other contestants from Puerto Rico, U.S.A, Sri Lanka, Czech Slovakia, Mexico, Germany,  Philippines, South Africa, and the Netherlands.

Lorcan is currently working as a registered nurse after completing his degree in Psychiatric Nursing at the University of Limerick. He would one day love to win an award at the Irish Musical Awards. He strives to continue to educate himself on LGBTQ+ issues and advocating for the community.

Lorcan said, “Back in 2019, when I began my journey as Mr Gay Ireland, I had no idea of the amazing experiences I would have, and the phenomenal people I would meet along the way.

Each experience provided me with the opportunity to meet new people and for that I am truly grateful. The knowledge and skills I have learned from each of you have helped me to grow as a person and to be a more understanding ambassador for our LGBTQ+ community.”

He aims to use his platform to create a safer and more inclusive environment for the diverse LGBTQ+ community through education programmes and raising awareness regarding the obstacles and discrimination the community faces.

While Covid-19 made it difficult for Lorcan to use some of the plans he had originally set out to achieve, he has continued to the best of his ability to promote the health and well-being of the community.

Voting is open until Tuesday, October 26, and each vote costs less than 50 cent.

The I Love Limerick crew wish Lorcan the very best of luck!