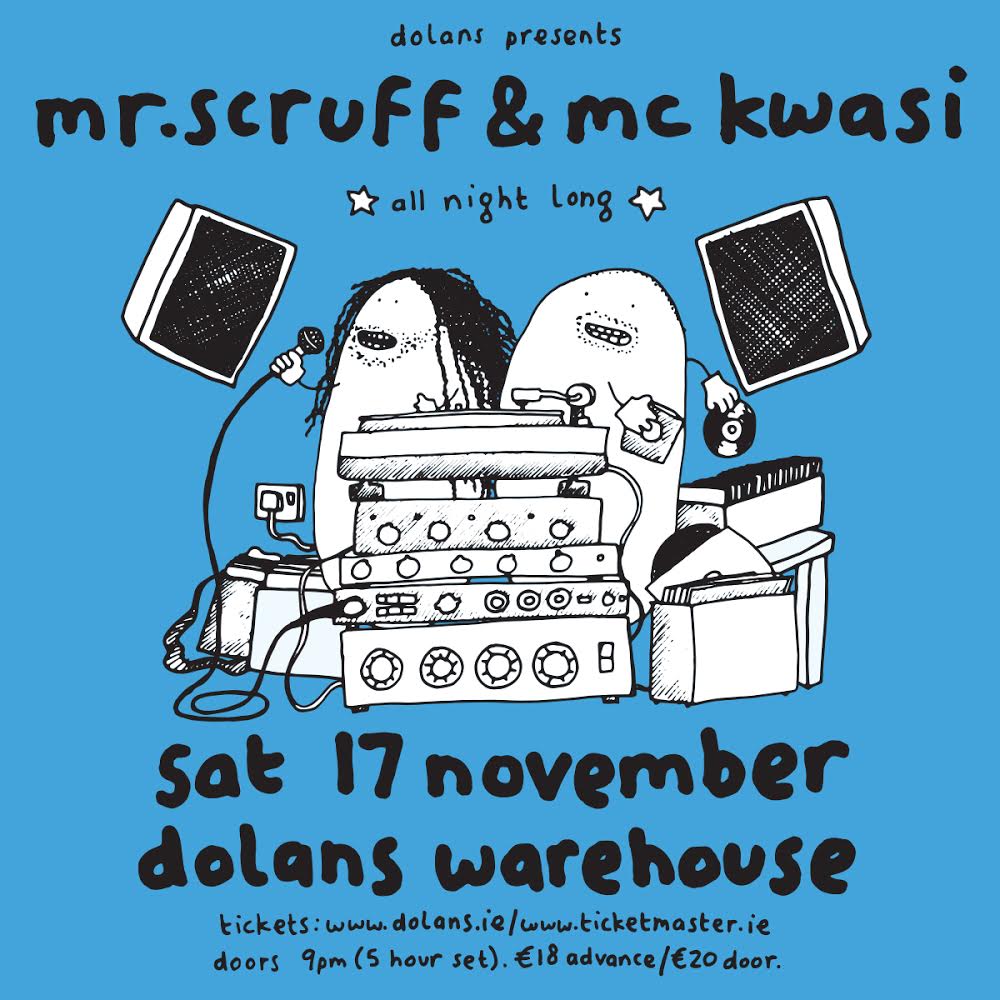 He started making tapes in 1983 using the very finest in pause button technology. His passion for hearing music that he couldn’t hear out anywhere else led him into the world of DJing then hearing electro albums and being determined to mix. The result was that by 1994 he was out DJing in clubs.

Mr Scruff has developed a huge following since coming on to the Manchester DJ scene in 1994. He is known for his DJ marathon sets which often exceed six hours, his eclectic musical taste and the quirky home-produced visuals and animations associated with his music.

Since his first vinyl excursion he has recorded for over 25 labels including Warp, Sirkus, Disorient, Blood & Fire, Cup Of Tea and, of course, Ninja Tune. He has remixed Nightmares On Wax and Bim Sherman. He’s worked with Mark Rae and Grand Central.

France Telecom (the French equivalent of BT) were suitably impressed and used his single Get A Move On as part of their national TV advertising campaign, as did Volvo in North America .

Madonna has described Mr Scruff’s album ‘Keep it Real’ as “a weird little album that’s got so much personality”. Mr Scruff was characteristically unimpressed.

Mr Scruff has a wide array of remixes to his name, and has also produced tracks for others – notably “Echo of Quiet and Green” for sometime-collaborator Niko for her 2004 album Life on Earth. Niko returned the favour, appearing on the track “Come Alive” from the Trouser Jazz album.

He has a regular guest spot with Phonic Hoop, Brighton; The Bomb, Nottingham and Grand Central show on Radio Nova (broadcasting across France on Sats).

Mr Scruff will play Dolans Warehouse on Saturday 17th November. Tickets go on sale this Wednesday at 9 am and can be purchased via www.dolans.ie

New Music School is set to open in Ballyneety