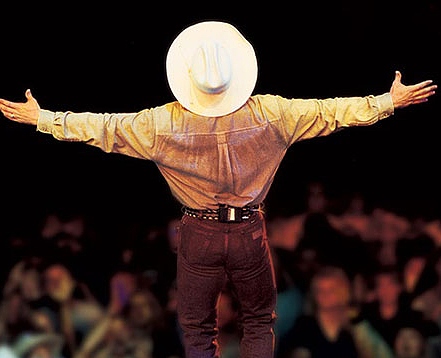 ‘Much Too Young’ Garth Brooks Roadshow Comes To Limerick

Much Too Young Garth Brooks Roadshow Comes to Limerick This June

The “Much Too Young” Garth Brooks Roadshow comes to the Limerick Strand Hotel this June in aid of Cliona’s Foundation & the Limerick Lourdes Fund.

The world class, electrifying and authentic tribute act, Much Too Young Garth Brooks Roadshow will perform in Limerick Strand Hotel on June 13th in aid of Cliona’s Foundation and the Limerick Lourdes Fund. The 7 piece band that pays tribute to the biggest selling solo artist of the 20th century is making their way to Limerick to raise awareness and funds for the two local charities.

Colm Deegan, member of the band said “it’s a pleasure for us to do what we love and at the same time raise money for such great causes. Cliona’s Foundation provides financial support to families struggling to cope with a critically ill child while the Limerick Lourdes Fund fundraises to bring those in need to Lourdes. We want to call on the people of Limerick to support these very worthy charities and of course, have a great time while doing so.”

Limerick’s sweetheart Leanne Moore will be taking time out of her busy schedule to lend her voice in performing some much loved songs of the country great. For the fan that is just discovering how amazing the songs of Garth Brooks are, it’s the best way to sample what a live show could be like.

Accompanying the excellent musicianship will be a full stage production enhancing the overall experience. This full sound and lighting show strives to recreate the magic of a Brooks Concert adding a real concert feel to the event.

The Much too Young to feel this damn old band are calling Friends in Low Places to come out and sing along with them by The River. The thrilling show will make you hope that Tomorrow Never Comes so you can stay enjoying Two Pina Coladas from the bar! You May Be Right or We May Be Crazy but We Ain’t Going Down Until The Sun Comes Up.

This authentic tribute to the biggest selling solo artist in the world is a must see. For tickets call Limerick Strand Hotel at 061-421 800. For more information visit www.gbroadshow.com.