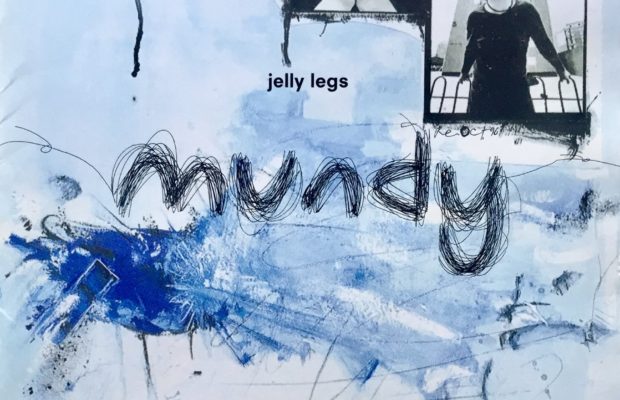 Mundy Announces Jelly Legs 21 Tour, With a Show at Dolan’s On October 13 -On the 14th of October 1996, at the age of 21, Mundy released his debut album Jelly Legs on Epic Records. The critically acclaimed album launched the career of one of Ireland’s most beloved singer-songwriters.

Irish singer-songwriter Mundy has announced his new tour entitled ‘Jelly Legs 21’, with a performance at Dolan’s on Friday, October 13.

On the 14th of October 1996, at the age of 21, Mundy released his debut album Jelly Legs on Epic Records. The critically acclaimed album launched the career of one of Ireland’s most beloved singer-songwriters.

Jelly Legs also included the song ‘To You I Bestow’ which appeared on the soundtrack to ‘Romeo and Juliet’ by Baz Luhrmann and sold over 11 million copies worldwide, introducing Mundy to an international audience.

2017 is the 21st anniversary of Jelly Legs and over the years the album has become a much-loved classic, achieving platinum status in Ireland. Sony Music Ireland will re-issue Jelly Legs on both CD & Vinyl on 29th September and Mundy has decided to mark the occasion and celebrate the album by reforming his old band with Steo Farrell (guitars), Cion O’Callaghan (drums) and Shane Fitzsimons (bass).

Back in the 90s, the band toured France, the UK and the States extensively, sharing bills with Van Morrison, Manic Street Preachers, Cast and Stereophonics. Now the guys are looking forward to playing together again, revisiting the hits ‘Pardon Me’, ‘Life’s a Cinch’, and the highly-requested song ‘Gin and Tonic Sky’.

Since the release of Jelly Legs in 1996, Mundy has released a further five studio albums and two live albums. His sophomore album 24 Star Hotel went multi-platinum, and songs ‘July’ and ‘Mexico’ are firm fan favourites.

His version of ‘Galway Girl’ with Sharon Shannon was a number one hit, was the most downloaded song of 2007 and 2008 in Ireland, and has gone on to become the eighth highest selling single in Irish chart history.

Mundy has toured extensively in the US, Australia, and all over Europe, performing at prestigious venues like The Royal Albert Hall, and supporting legendary acts including Jimmy Webb, The White Stripes and Oasis. One of his career highlights was playing for Barack Obama, both on his Irish state visit and also in The White House.

Now Mundy is looking forward to getting back to his roots and celebrating the album that kick-started his career. The tour, entitled ‘Jelly Legs 21’, takes place in October and tickets are on sale now.

To purchase tickets for Mundy’s show at Dolan’s on Friday, October 13 click here