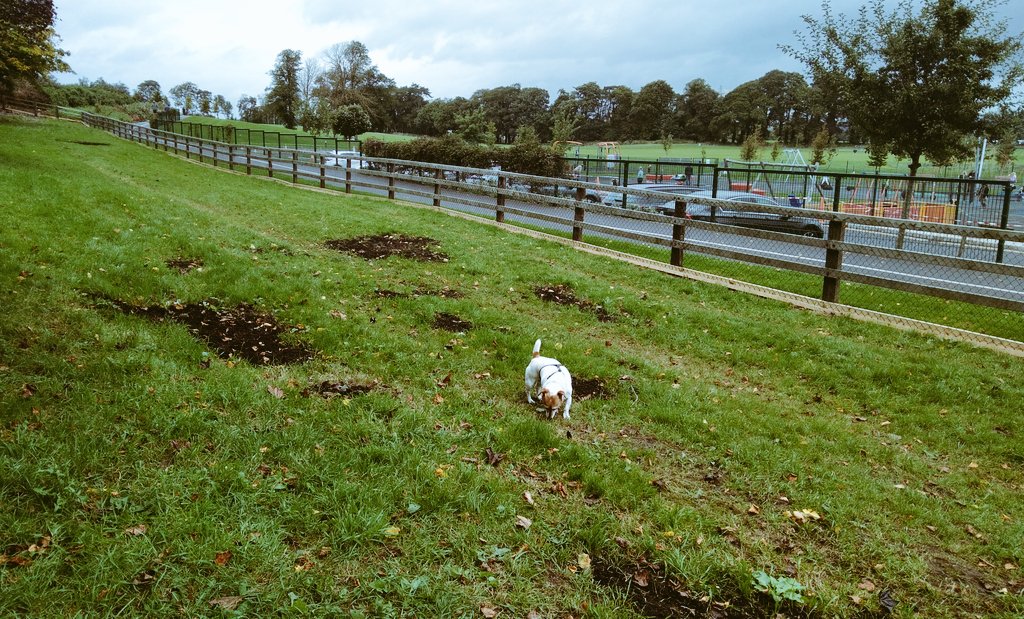 Mungret Dog Park – The park is located within Mungret Park and is a ring-fenced area where dogs can exercise off-the-lead and interact with other dogs. Picture: Roisin Ross

Should Mungret dog park be successful, Arthurs Quay, Clare Street Park and Peoples Park will be in the running for a city-centre alternative.

Limerick’s first dog park has opened in Mungret, as a pilot scheme to be reviewed in six months.

The park is located within Mungret Park and is a ring-fenced area where dogs can exercise off-the-lead and interact with other dogs.

Pets must be on a lead when entering and exiting the park, and their handlers must be at least 16 years of age.

Puppies are not allowed, nor are sick dogs or dogs in heat. No food or dog treats are welcome at the park.

Open on a trial basis, the new dog park will undergo a review in six months to address any concerns from the public.

The idea for a canine-friendly area in Limerick was first proposed by Cllr James Collins in April this year.

Should Mungret dog park be successful, these locations will be in the running for a city-centre alternative.

Carmel Lynch, Senior Executive Engineer of Limerick City and County Council told I Love Limerick, “We considered this a good use of the area, a cost-effective dog run that will meet our requirements for dog facilities in general and allow dog owners and dogs to enjoy the park.

“We are hoping and requesting that the public get involved and give us feedback on this initiative, making suggestions for improvements that we can use to develop our facilities in Mungret and future dog parks across Limerick.”

Dog-owners were keen to voice their approval of the new park online.

“Great to finally see a dog park in Mungret!” said one Twitter user.

“Absolutely thrilled this facility has opened. It was badly-needed for us paw-parents.”

Mayor of Limerick City and County, Daniel Butler tweeted, “Delighted this evening after a lot of effort to see the dog park open & in use today in Mungret Park.

“It is a pilot scheme so there will be learning, but so far compliance by dog owners has been excellent.”

For a full list of public parks in Limerick go HERE