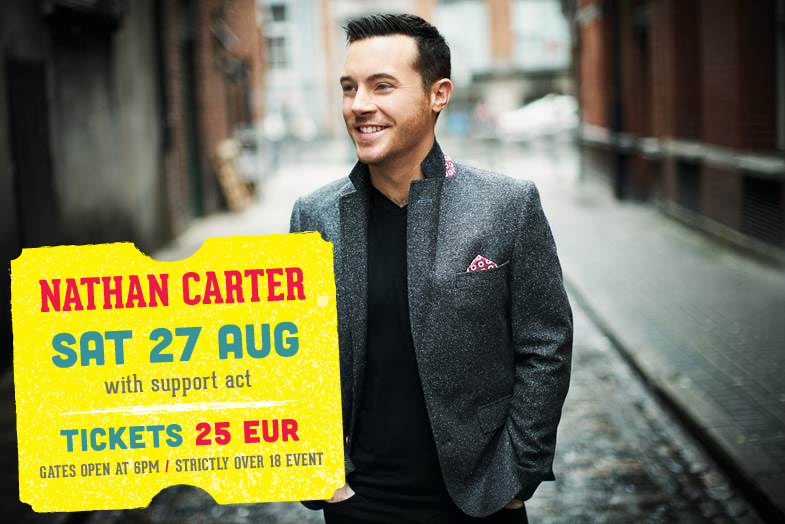 Nathan Carter to hit the stage at Mungret Music Festival

30 years later Mungret Music Festival is set to make a huge comeback with some big names such as Nathan Carter and Hermitage Green. Mungret Music festival will return the weekend of August 26 -28 to Mungret county Limerick.

Mungret Music Festival was a popular tradition in the past attracting people from all over the country to the summer festival which hosted not only music but also amusements, tournaments and food. The idea behind the revival of this popular summer festival was to of course revive the tradition that took place in Mungret over 30 years ago but also to help raise funds for the ongoing development St Paul’s GAA Club Mungret, the funds will hugely help the club. “Years ago there was always a festival in Mungret with tournaments, amusements, a music marquee and so on, so we said we would try to bring it back,” said Kieran O’Brien chairman of the organising committee.

Another huge name set the rock the stage at Mungret are Limerick folk-rock band Hermitage Green who will perform on the Friday August 26 with country music star Nathan Carter set to perform on Saturday August 27. Carter has experienced huge success in Ireland lately gaining major popularity for his style of music and loveable personality.

Chairman Kieran O’Brien spoke of how thrilled they were to have secured two high profile acts for the festival, coming back with a bang after almost 30 years. The two outdoor gigs will take place on the Mungret St Paul’s pitch. There will also be bar facilities and other food stalls during the festival so you won’t go hungry.

Early bird tickets remain on sale until the end of this month priced at €35 for the two gigs or €16.50 for Hermitage Green and €23 for Nathan Carter. Both gigs are over 18’s. What a great way to end the summer at Mungret Music Festival!