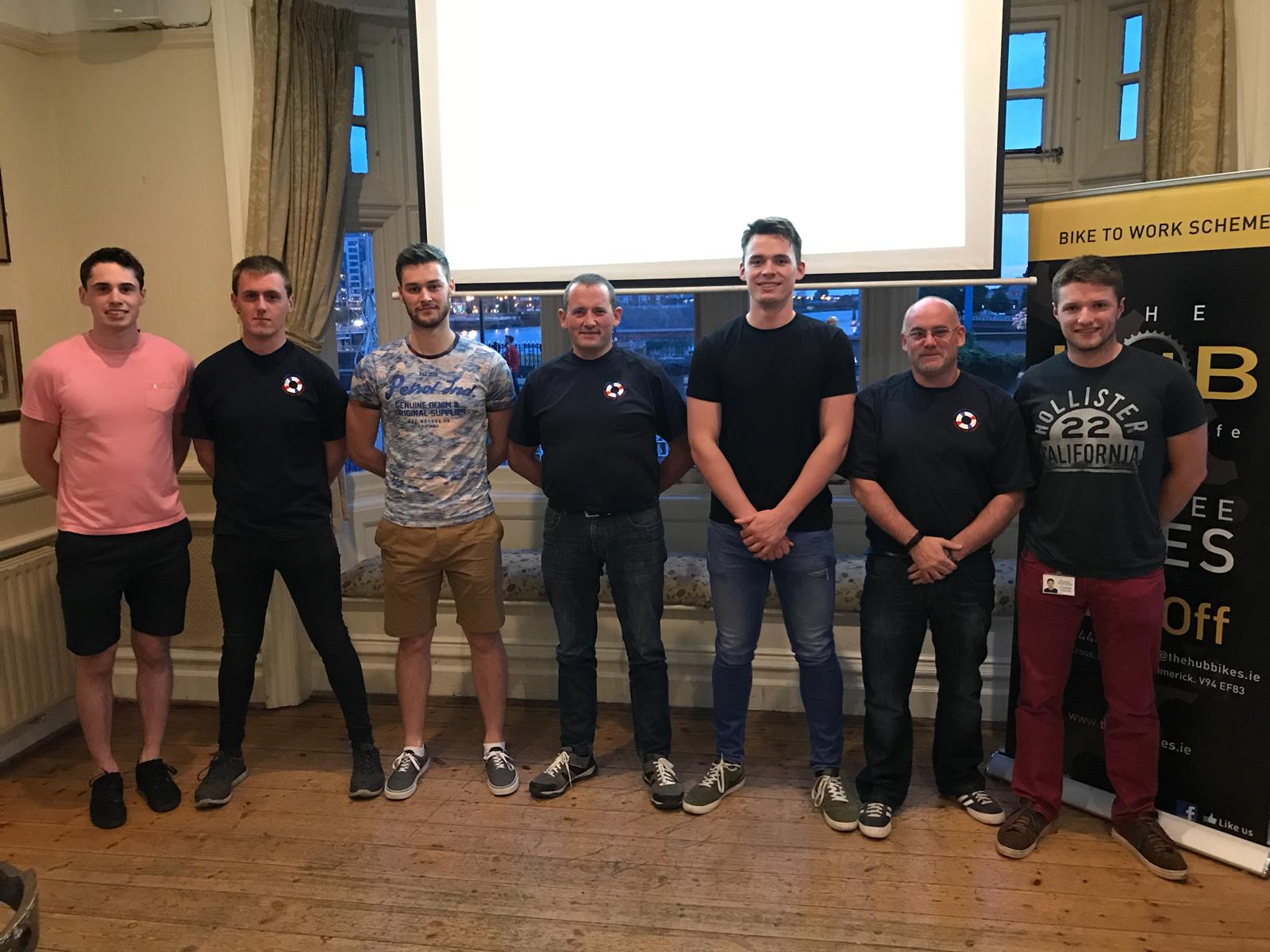 Five Limerick men will take on a Munich to Rome charity cycle in aid of Corbett Suicide Prevention Limerick.

The five men, Eimhin Prendergast, Rian Murphy, Conor Carmody, Jack Scanlan & Gearóid Mahon have set up a GoFundMe page where they are asking for donations for CSPL and they will fly out to Munich early Tuesday morning where they will begin their charity cycle from Munich in Germany to Rome.

“In the early stages the cycle was planned as a holiday back in late January, early February and it turned into a charity event because we were in the Curragower one night and the weather was nice and we saw the suicide prevention bikes patrolling and we said if we were cycling we may as well make some money for CSPL,” Eimhin Prendergast told ilovelimerick on how this cycle became a charity event.

Pictured: Eimhin Prendergast, Rian Murphy and Conor Carmody, three of the five members who will be cycling from Munich to Rome in aid of Corbett Suicide Prevention Limerick.

Corbett Suicide Prevention Limerick was founded in 2012 in memory of Trevor Corbett. Trevor attempted to take his own life in the mid-2000s and subsequently set up a foot and water patrol group along the River Shannon to attempt to prevent others from taking their lives.

This group saved a lot of lives, but unfortunately, Trevor then took his own life in mid-2012. Then Corbett Suicide Prevention Limerick was set up to honour Trevor.

Corbett Suicide Prevention Limerick (Originally CSPP) is one of two voluntary suicide prevention groups, patrolling the bridges of Limerick on Sunday, Wednesday and Friday evenings and offering assistance to anyone who needs it. CSPL has roughly forty volunteers and is funded entirely through fundraising efforts and donations from the public.
Volunteers working with Corbett Suicide Prevention have been patrolling the four bridges in Limerick City for over four years. Their main focus is to monitor the rivers and surrounding areas for members of the public who look distressed and who may be contemplating suicide at night.

Any donations to this cause would be greatly appreciated as funds will be used to help them pay their rent, kit out more of their members with the equipment they need (kitting out one person costs €500) or servicing the bikes they use to cycle the banks of the river, to name a few. So if you would like to donate to this cause you can do so by following this link to their GoFundMe page, here

Huge excitement as Limerick triumph in the hurling semi final