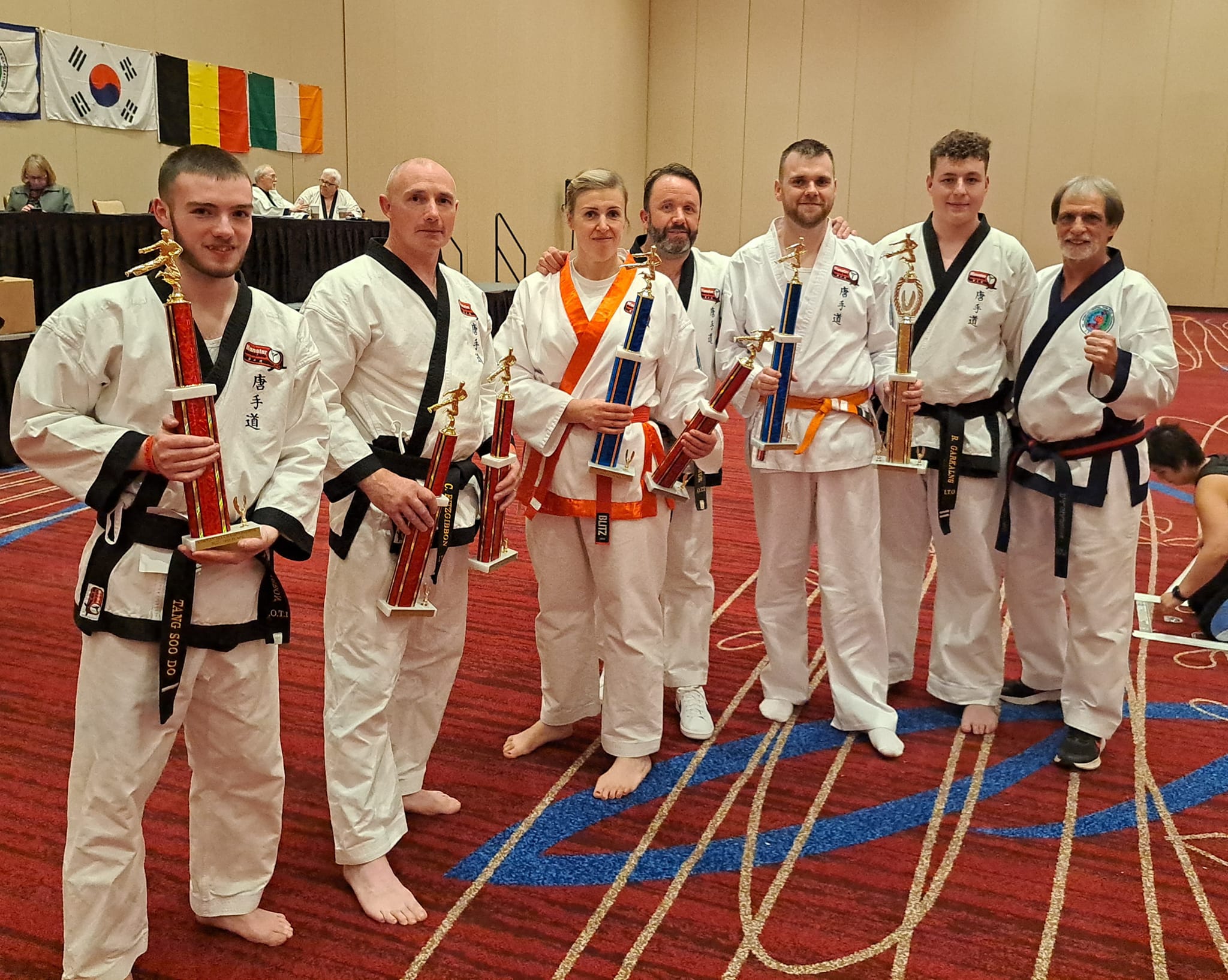 The students of Munster Martial Arts, based at the Delta Sports Dome, made Limerick proud last month as they secured seven trophies at the USA ITO Tang Soo Do Korean Karate Championships in Atlantic City.

After a few tough years, the students began participating in extensive preparation in order to compete at the highest international level, a huge achievement for the team.

Among those who attended the event which took place in Harrah’s Casino, Atlantic City were Tang Soo Do and Tae Kwon Do competitors, instructors and highly respected Masters from all over the USA, the Belgian team and the Irish team.

The Limerick-based crew quickly became one of the most successful teams in the competition, securing a remarkable collection of first, second and third place trophies.

Following their outstanding performance, the team were invited to a special banquet hosted by Grandmaster Dominick Giaccobe alongside other Tang Soo Do Masters, black belts, and students. Limerick coach, Master Pat Forde, received a special award at the banquet for the work he does for Tang So Do in Ireland.

The team got to see the sights while in America and even took the time to tour the city of Philadelphia. Even more exciting was their visit to the famous Rocky statue, where they did a bit of training.

“I am absolutely thrilled with the result,” Master Patrick Forde said of his team’s huge triumph. “To have a result like this in America is just unbelievable as it is unheard of really for teams from Europe, never mind Limerick, to compete in the States but to come home with such success is an achievement I am still coming to terms with.”

“It couldn’t be achieved without every single member of our club. Also, the support locally has been amazing, and we are really looking forward to having another international competition in Limerick, as I know we will get great support,” he continued.

Related Topics:munster martial arts
Up Next