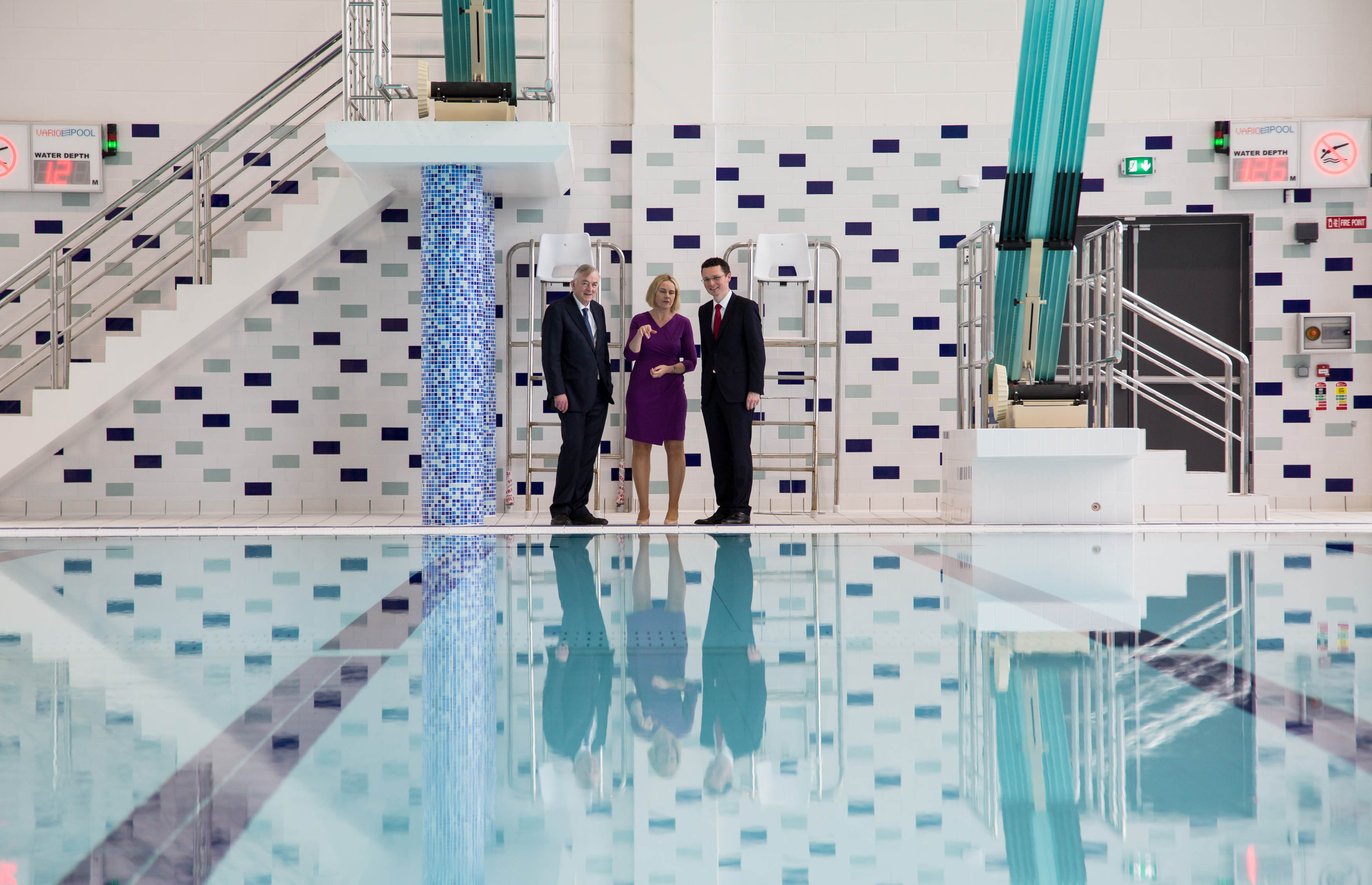 Munster Rugby HPC and Dive Centre at University of Limerick

The head of Munster Rugby says he hopes the province can develop its commercial relationship with the University of Limerick in the years to come.

CEO Garrett Fitzgerald made his comments at the official opening of Munster’s High-Performance Centre and UL’s new 25-metre diving pool.

The new Munster Rugby HPC Dive Centre, which cost a combined €15m to build, were officially opened on Monday by Minister-of-State, Patrick O’Donovan who has responsibility for sport.

“It’s absolutely phenomenal and this is a huge milestone for the whole country because the Munster centre and the diving pool are really providing a blueprint for what other organisations can do,” he said.

Sarah Keane, CEO of Swim Ireland says the opening of the new pool at UL is a significant development for the sport in Ireland – particularly outside of Dublin.

“Swimming is not just a sport, it’s actually a life skill and in my view teaching someone to swim is almost as important as teaching them to read. Having two pools on campus gives more options and pool space at busy times to host diverse groups and bigger numbers making swimming and other water-based activities more accessible to all,” she said adding that Swim Ireland is committed to maintaining UL as a high-performance centre.

He said the opening of the new buildings represents “a realisation of a UL ambition” and is a further example of UL’s dedication to the sport.

Garrett Fitzgerald says the opening of the new Munster Rugby HPC Dive Centre represents a continuation of the relationship between UL and Munster Rugby.

“The University of Limerick always has a good vision, they are always looking to be the leaders in certain areas and there are many examples internationally of universities taking the opportunity to market their brand by getting involved at a commercial level,” he said

BOOKWORMS for BUMBLEance Children’s Authors Road Trip on board BUMBLEance