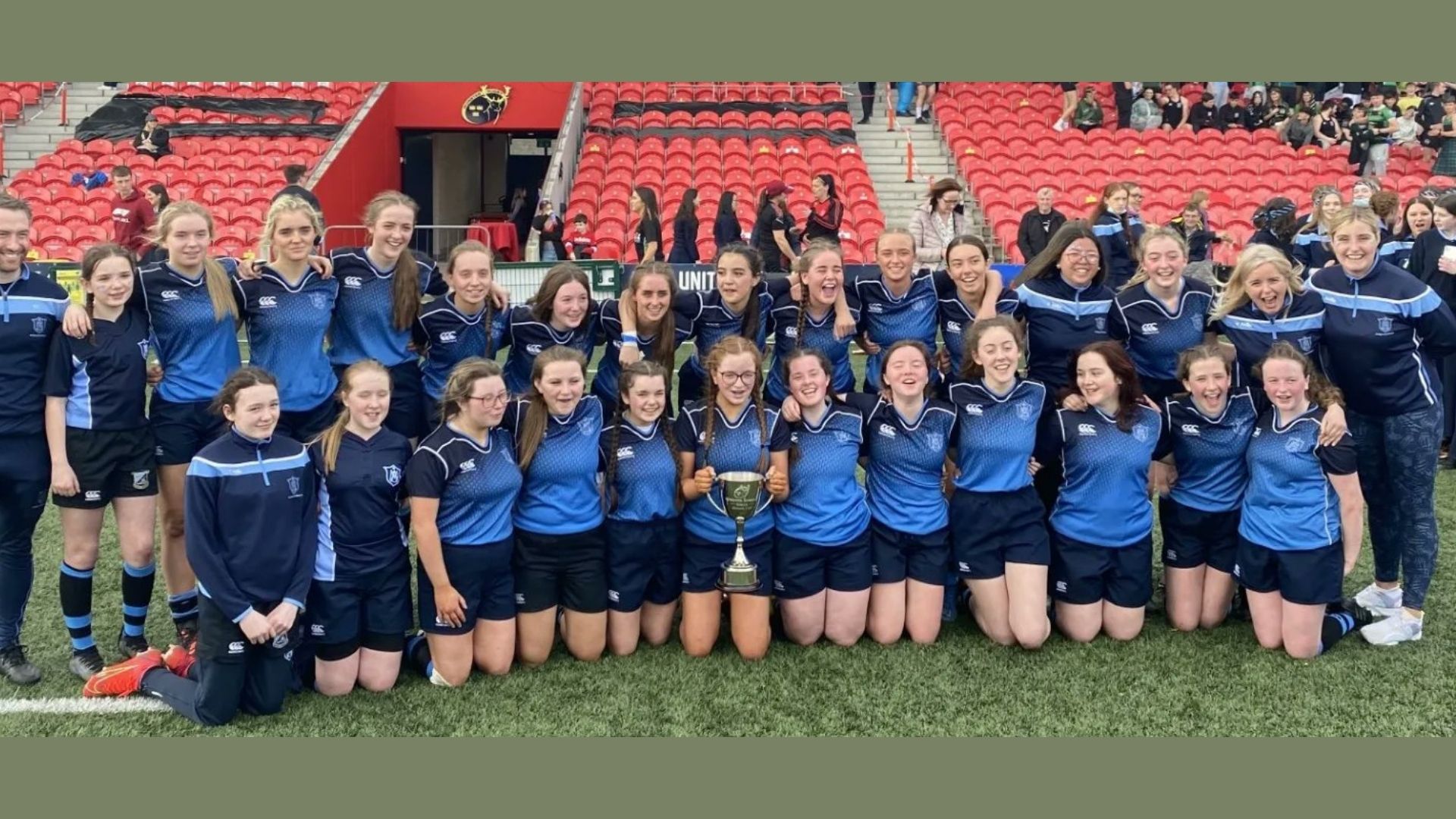 Just two weeks ago, the Corbally secondary school beat Bandon Grammar School in the semi-final with a score of 24-17.

Several players who stood out in the semi-final, such as twins Hannah and Katie Hehir, Aoife Grimes, Jodie Ellis and Lucia Te Pou, led the team to a historic inaugural Cup victory in the final at Musgrave Park, Cork.

The girls pushed hard for victory throughout the competition, displaying consistent energy and skill. Defences retained the upper hand for a majority of the game, as both Ardscoil and St. Annes battled hard to keep it scoreless in the first half.

However, five minutes into the second, Ardscoil Mhuire took a lead when Aoife Grimes bypassed a group of St. Anne’s defenders to score a touchdown.

St. Anne’s quickly fought back, taking a 7-5 lead following a converted try. This lead was short-lived, however, as Ardscoil Mhuire responded with a second try thanks to Orlaith Grimes and the legwork of Hana Hehir.

The Corbally school finalised their win when Aoife Grimes landed her second try of the game, with Lucia Te Pou scoring the resulting conversion.

Ardscoil Mhuire shared pictures online of its students cheering on their team on the sidelines, with the message, “Ardscoil Mhuire’s entire school community out under blue skies to celebrate our historic Munster Rugby Girls Junior Cup victory! A rapturous round of applause and encore performance of a chant or two!”

Munster Rugby was eager to congratulate both the team and students on the sidelines, saying, “Brilliant to see such support. Enjoy the celebrations.”